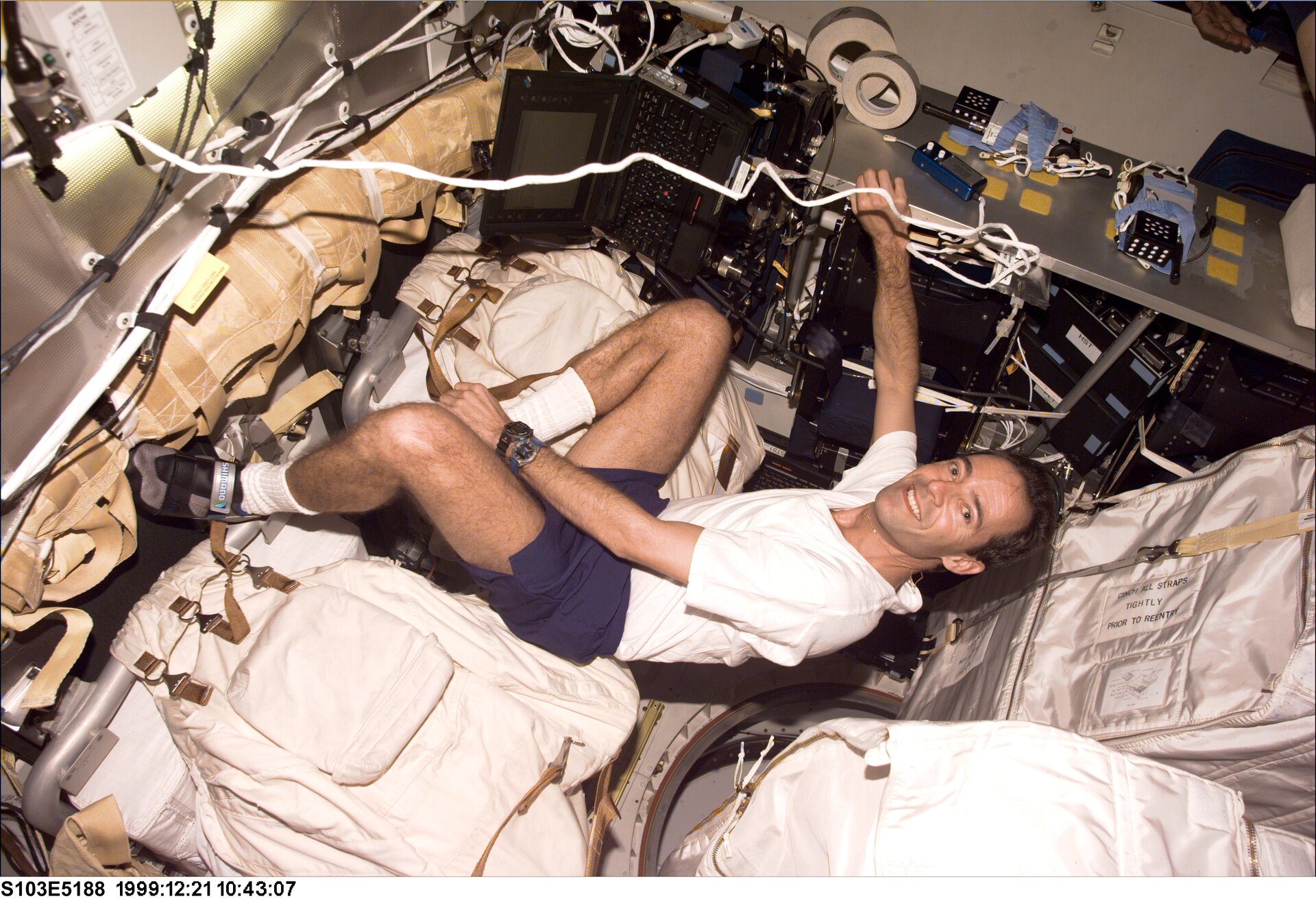 The main objective of this mission was to repair the Hubble Space Telescope after its gyroscopes had failed. Jean-François was flight engineer. He used the robotic arm to capture and redeploy the telescope, and to manoeuvre his crew mates during their three spacewalks.