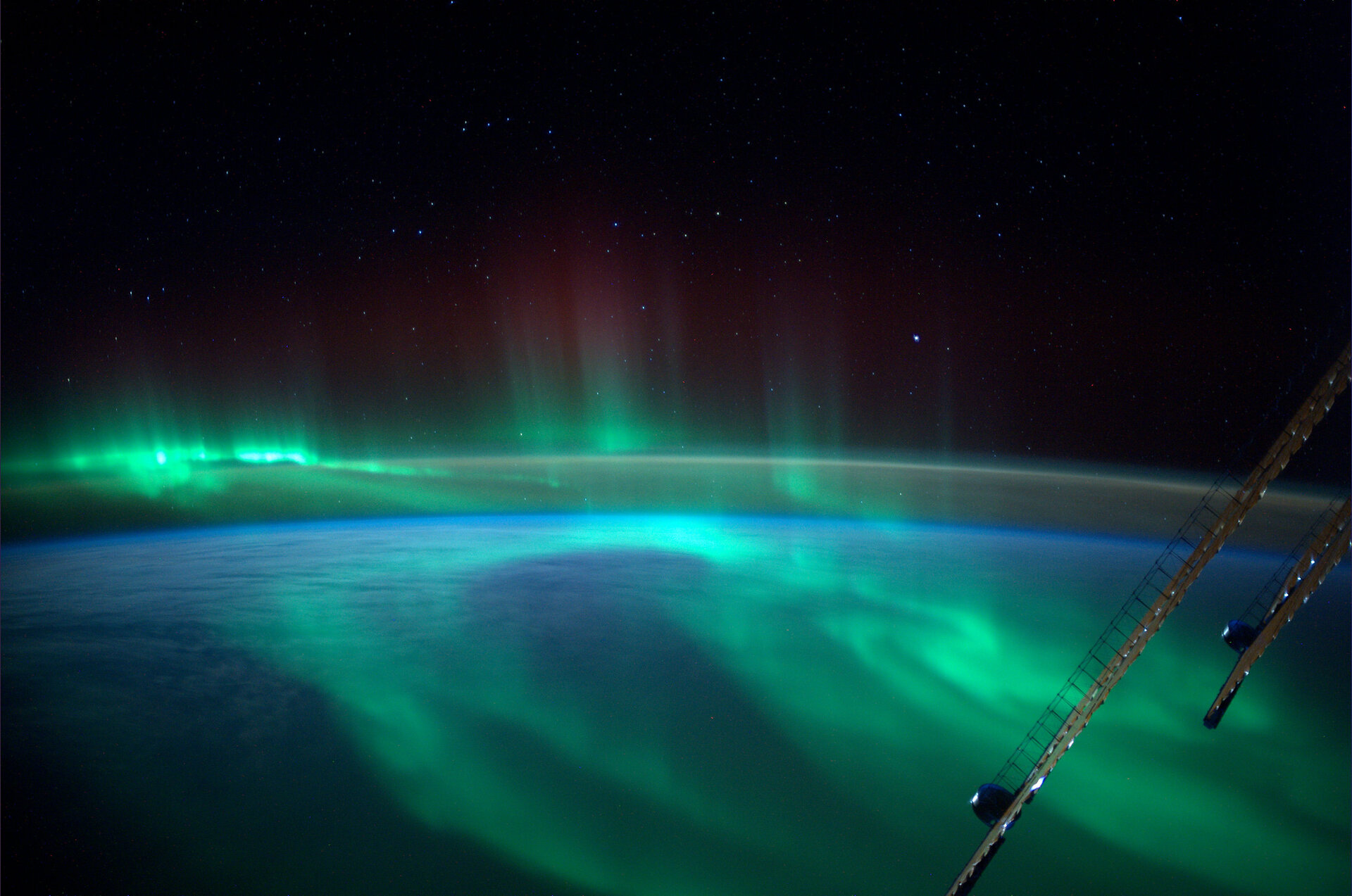 ESA astronaut Alexander Gerst took this image of an aurora as he circled Earth on the International Space Station.

Aurora occur when electrons from the Sun hit Earth's atmosphere. Auroras occur frequently over both the North and South polar regions, but are often difficult to see from populated areas.

Alexander is a member of the International Space Station Expedition 40/41 crew. He spent five and a half months  living and working on the Station for his Blue Dot mission.