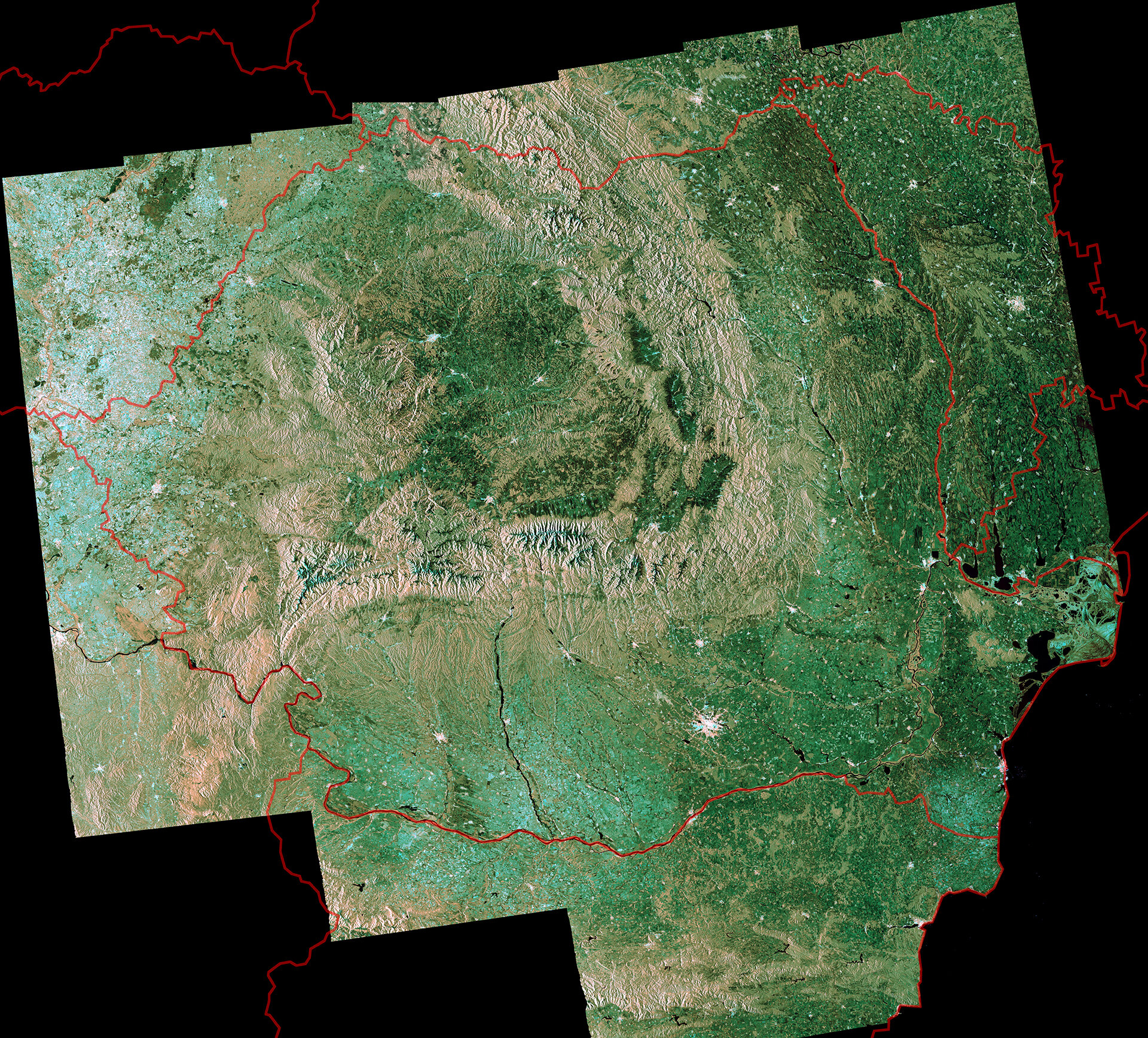 This image of Romania – with the political borders in red – is a mosaic of 15 scans by Sentinel-1A’s radar in October and November.

The scans were acquired in ‘dual polarisation’ horizontal and vertical radar pulses, from which the artificial colour composite was generated.

The Carpathian mountains sweep down from the north and across the centre of the country.

Romania is home to the largest area of virgin forests in Europe, most of them in the Carpathians. These forests are home to brown bears, wolves and other animals, and many thermal and mineral springs can be found in the foothills.

The longest river in the EU – the Danube – flows along part of western Romania’s border with Serbia, as well as its southern border with Bulgaria. The river then flows northward and empties into the Black Sea via the Danube Delta, which lies within Romania and Ukraine – visible on the right side of the image.

Designated a UNESCO World Natural Heritage Site in 1991, the Danube Delta is a labyrinth of river channels, lakes, bays, floodplains, marsh and reed beds. This vast triangular delta is home to an extremely rich variety of birds, fish, animals and plants.

Romania’s capital, Bucharest, is visible in the southern part of the country, as a cluster of bright radar reflections expanding outward from the centre.

Bucharest is also the site of next year’s Land Training Course, to be held in September. ESA organises the course each year devoted to train the next generation of Earth observation scientists in the exploitation of satellite data for science and applications development.