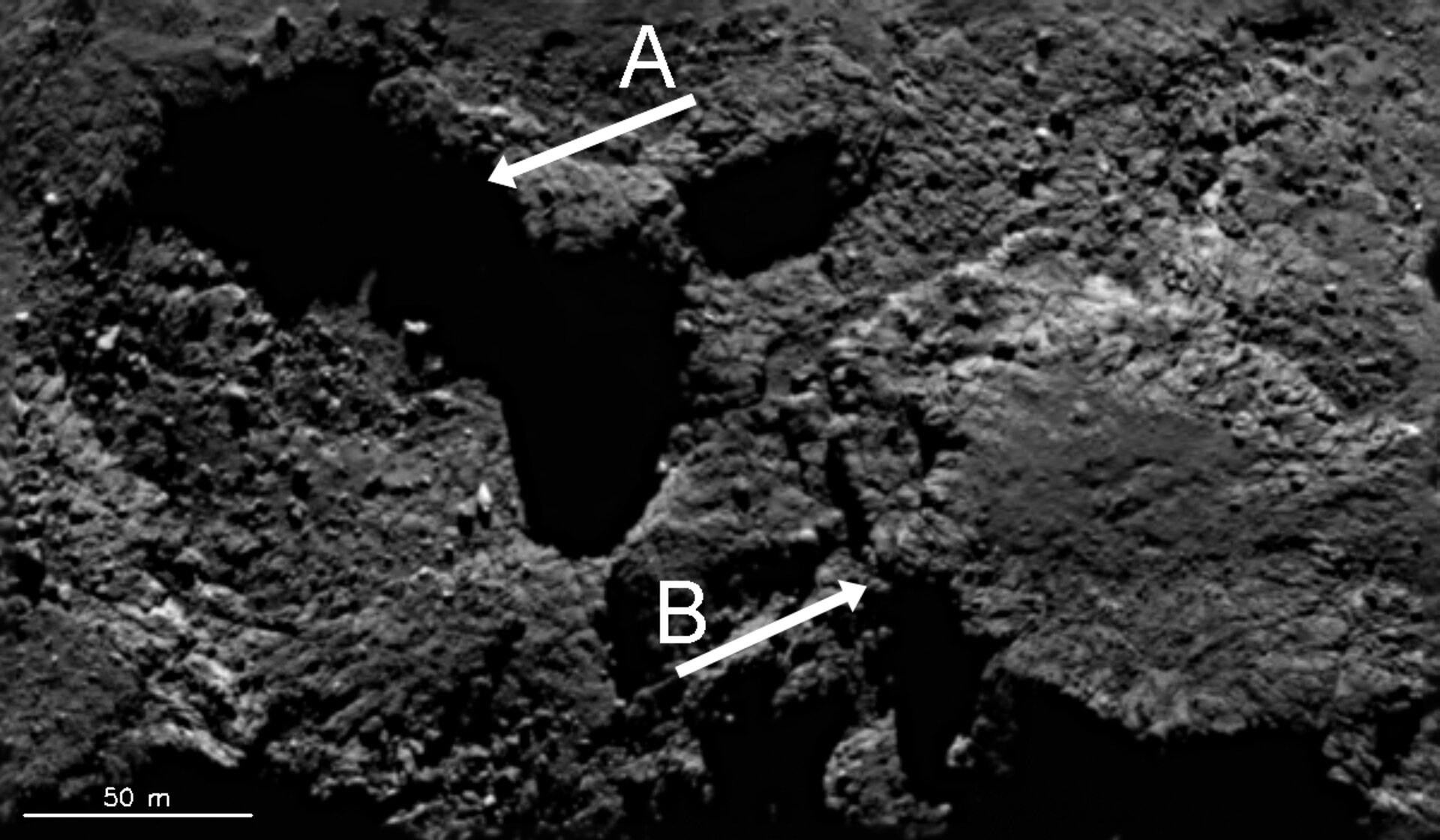 In the Maftet region, a block of material to the right (B) has a similar shape and appearance to the depression on the left (A). The block is around 100 m in diameter, and the pit is around 150 m across. One theory is that this is evidence of surface disruption and material ejection produced by subsurface gas pressure build-up of a super-volatile such as carbon monoxide or carbon dioxide. However, the proposal needs to overcome the high porosity of the nucleus and explain how gas can be trapped in a pocket so that pressure can build. Mechanisms producing subsurface ice barriers (through volatile transport to colder areas within the nucleus) need to be considered.

An unlabelled version of this image is available here.