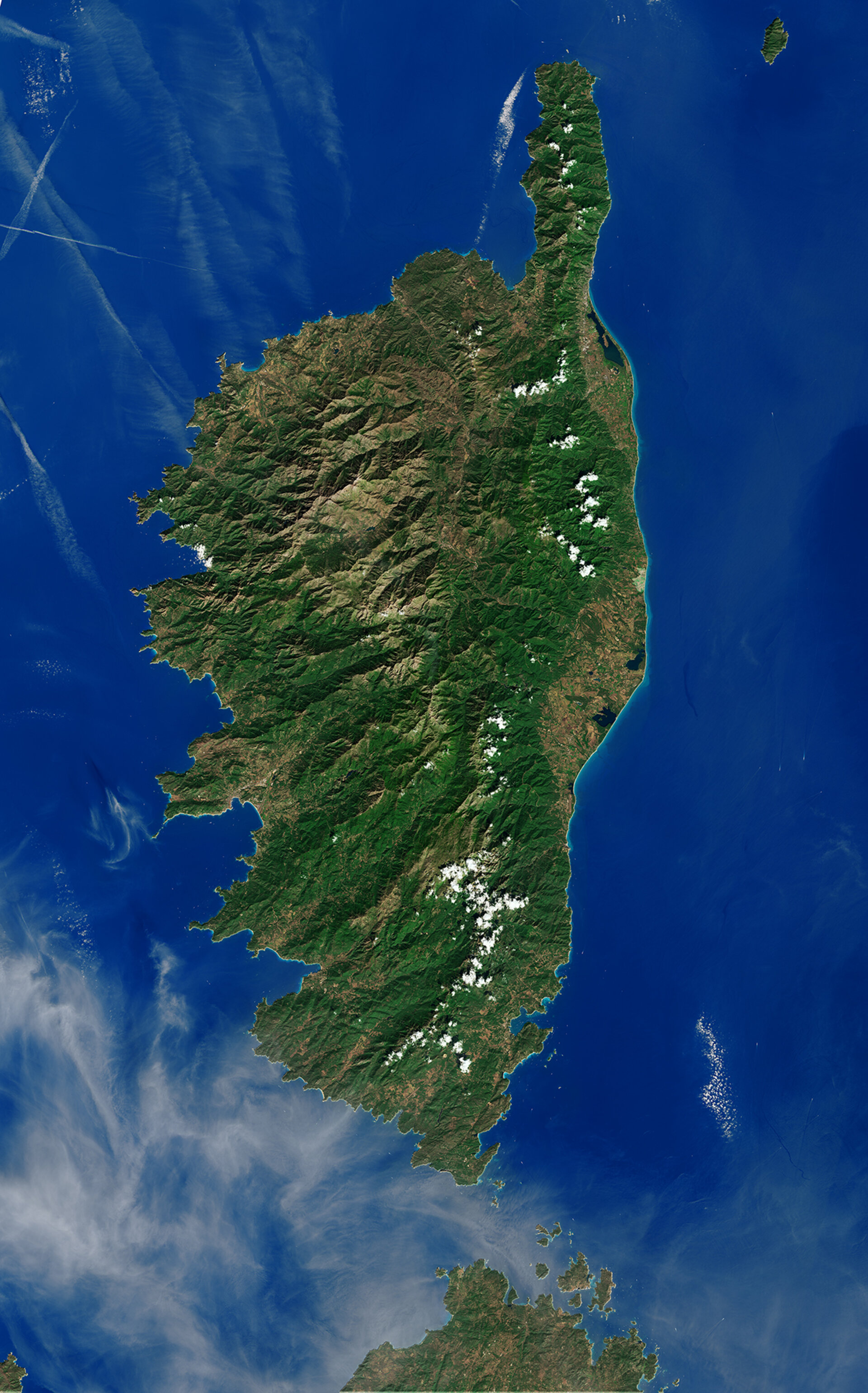 The Mediterranean Sea’s most mountainous island, Corsica, dominates this image from the Landsat-8 satellite.

About 40% of the island’s surface area is dedicated to nature reserves, and its mountains are a popular destination for hiking. For beachgoers, the island boasts over 1000 km of coastline.

Near the northeastern coast we can see the island’s largest coastal lagoon, the Etang de Biguglia. This nature reserve has been noted for its support of numerous breeding and wintering waterbirds, as well as the vulnerable Hermann’s tortoise and long-fingered bat.

This lagoon is one of the over 2000 sites worldwide considered to be wetlands of international importance by the Ramsar Convention, an intergovernmental treaty for the sustainable use of wetlands. World Wetlands Day is observed on 2 February, the anniversary of the signing of the Convention.

ESA has been assisting the Ramsar Convention for a decade through the GlobWetland project, which provides satellite data to be used to monitor these precious resources. The next phase of the project, called GlobWetland Africa, will collaborate closely with ESA’s TIGER initiative, which trains African water authorities and researchers in exploiting satellite data and Earth observation technology for sustainable water resource management.

The Etang de Biguglia is not the island’s only Ramsar site: further inland in the central-north part of the island is an active raised bog, home to a number of protected bat, reptile, bird and amphibian species.

Other Ramsar sites on the island are two more coastal lagoons about halfway down the east coast, and a series of temporary pools in the south. These pools in the semi-arid granitic landscape are an uncommon geomorphological phenomenon in the region supporting a diversity of rare species.

Over the water in the upper-left section of the image we can see condensation trails, or 'contrails', from aircraft or ships.

Contrails form when exhaust particles act as nuclei around which water condenses, resulting in elongated cloud-like trails that can last anywhere from minutes to hours. They can also form persistent artificial cirrus clouds that can last for days or weeks, and can affect Earth’s climate by trapping heat in our atmosphere.

This image, also featured on the Earth from Space video programme, was captured by Landsat-8 on 29 August 2014.