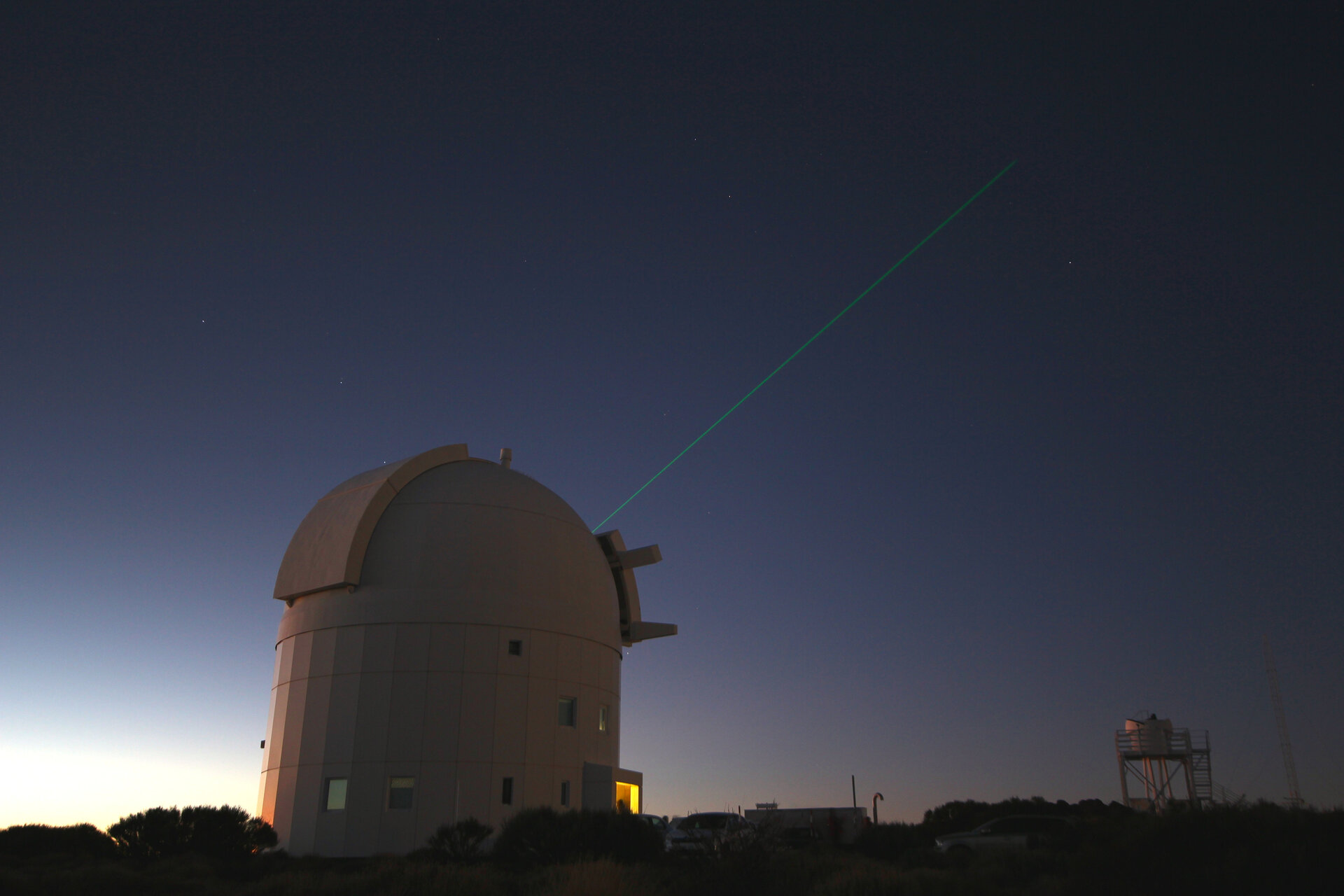 The future of space communications was illuminated by this test, as a laser beam was shone from ESA’s Optical Ground Station in Tenerife to the International Space Station in orbit.

The UN has declared 2015 to be the International Year of Light and Light-Based Technologies, with 12 months of activities that began this week.

But the potential of light-based technologies is just as great off the planet. In the near future, lasers will be used routinely for high-bandwidth data communications with space missions.

The illumination of the Space Station by laser, which took place last October, shows how such laser links would work in practice.

The Station orbits some 400 km up, but ESA’s Optical Ground Station has also established laser links across far greater distances – notably with NASA’s LADEE mission, which returned data from lunar orbit, a thousand times further away, as well as the Alphasat mission in geostationary orbit, 36 000 km distant.

In the coming decade Europe’s Copernicus programme for Earth monitoring will produce torrents of environmental data, which will be laser-linked back to the ground in a timely manner by European Data Relay System (EDRS) satellites.

A laser test last November between Alphasat and ESA’s Sentinel-1A satellite demonstrated the exchange of 1.8 Gbit of data per second, using a design that could scale up to 7.2 Gbit/s in future.