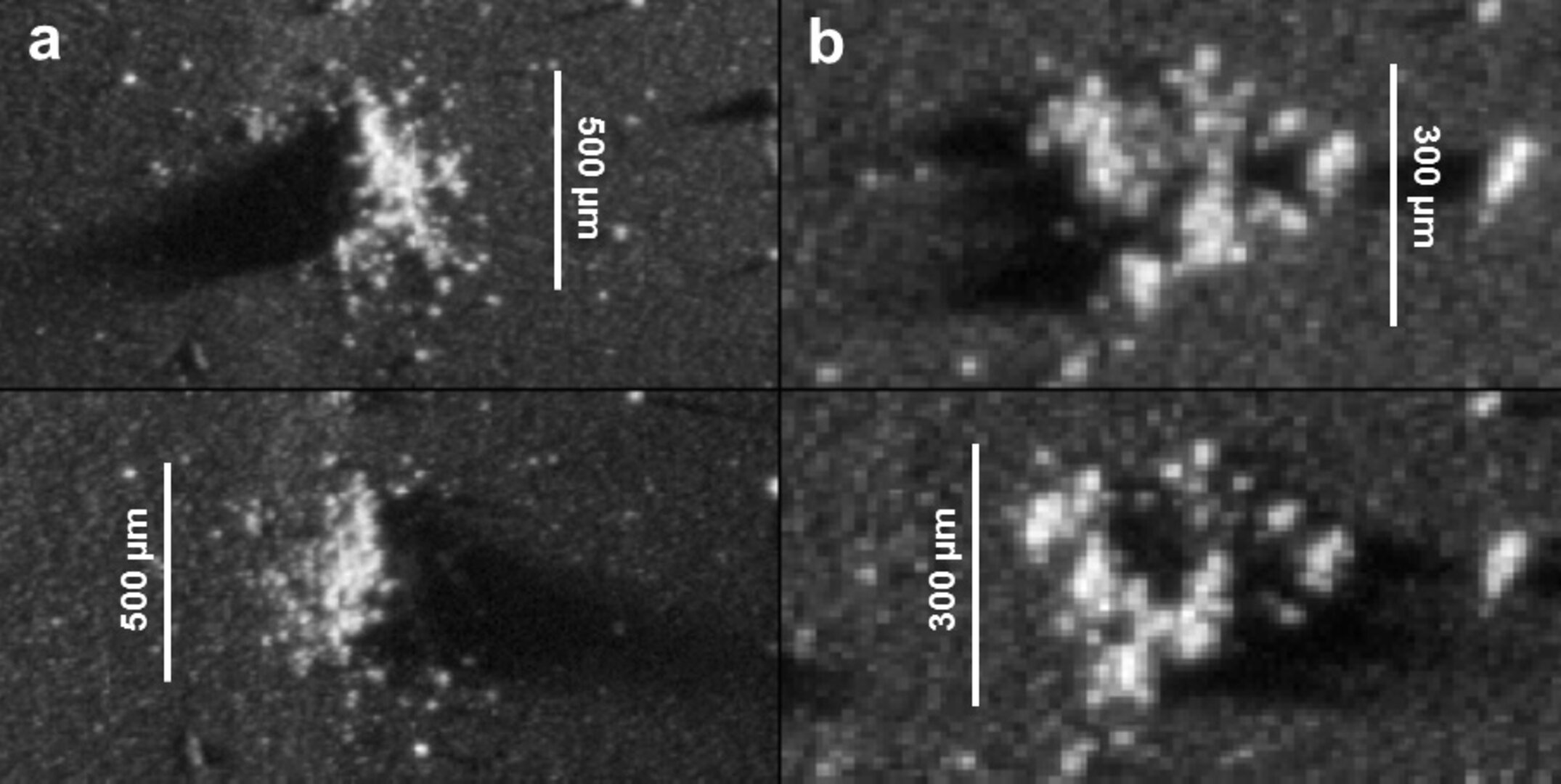 Two examples of dust grains collected by Rosetta’s COmetary Secondary Ion Mass Analyser (COSIMA) instrument in the period 25–31 October 2014. Both grains were collected at a distance of 10–20 km from the comet nucleus. Image (a) shows a dust particle (named by the COSIMA team as Eloi) that crumbled into a rubble pile when collected; (b) shows a dust particle that shattered (named Arvid).

For both grains, the image is shown twice under two different grazing illumination conditions: the top image is illuminated from the right, the bottom image from the left. The brightness is adjusted to emphasise the shadows, in order to determine the height of the dust grain. Eloi therefore reaches about 0.1 mm above the target plate; Arvid about 0.06 mm. The two small grains at the far right of image (b) are not part of the shattered cluster.

The fact that the grains broke apart so easily means their individual parts are not well glued together. If they contained ice they would not shatter; instead, the icy component would evaporate off the grain shortly after touching the collecting plate, leaving voids in what remained. By comparison, if a pure water-ice grain had struck the detector, then only a dark patch would have been seen.

These ‘fluffy’ grains are thought to originate from the dusty layer built up on the comet’s surface since its last close approach to the Sun, and will soon be lost into the coma.