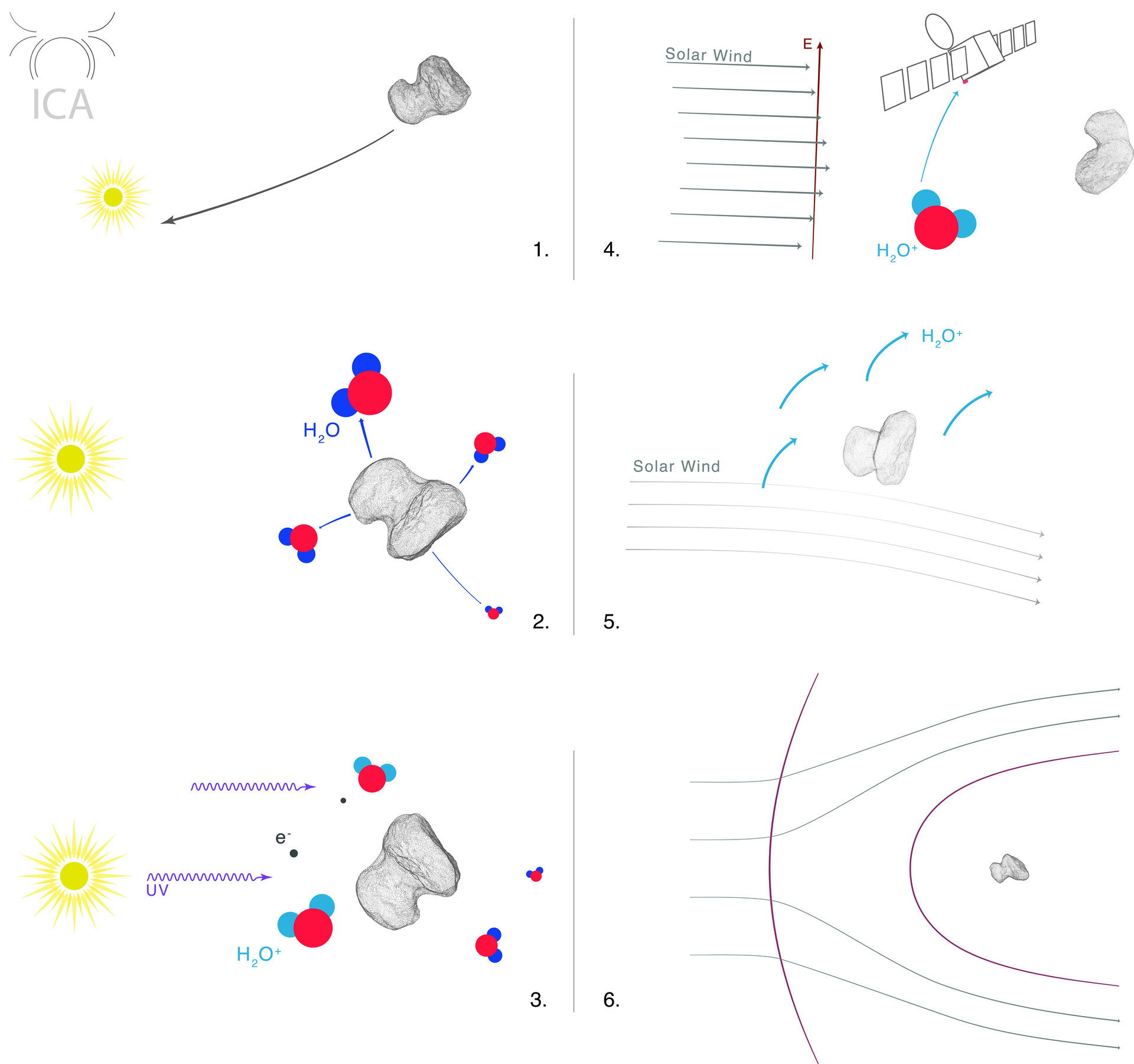 How a comet grows a magnetosphere

Rosetta’s Plasma Consortium instruments have been watching the development of Comet 67P/Churyumov–Gerasimenko’s ionosphere and magnetosphere as its atmosphere develops and it begins to interact with the solar wind. The Ion Composition Analyser has been taking measurements of the first detectable traces of water ions to the stage where the comet’s coma started to deflect the solar wind.

1. The comet approaches the Sun

2. Water molecules sublimate from the comet as it thaws

3. The water molecules are ionised by ultraviolet light from the Sun

4. Newborn ions are accelerated by the solar wind electric field and are detected by the RPC-ICA instrument

5. The solar wind accelerates the water ions in one direction, but is itself deflected in the opposite direction

6. In due time sharp boundaries will form, shielding the comet atmosphere from direct interaction with the solar wind. This is a well-known situation observed at active comets and planets