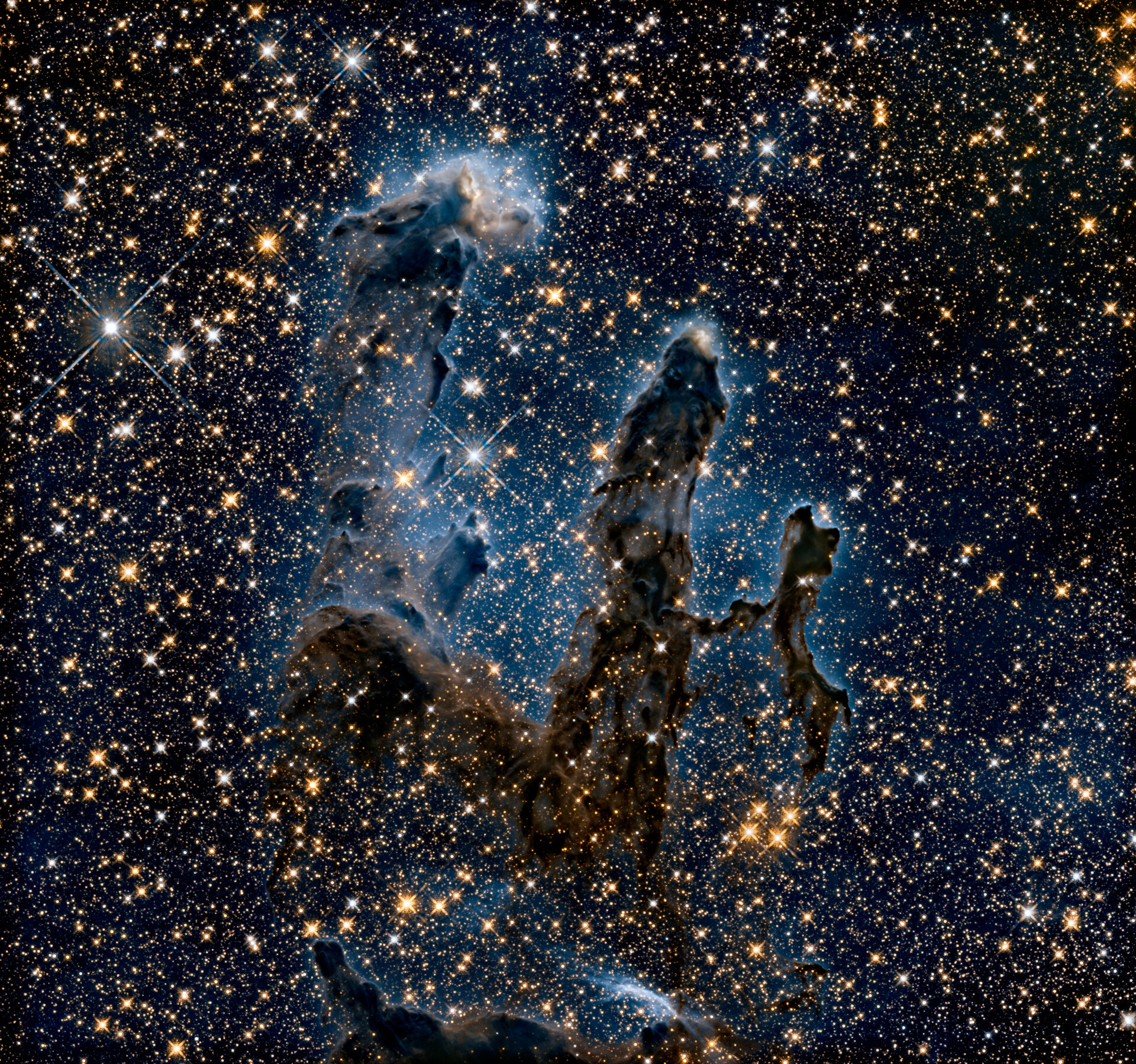 New view of the Pillars of Creation - infrared

The NASA/ESA Hubble Space Telescope has revisited one of its most iconic and popular images: the Eagle Nebula's Pillars of Creation.

This image shows the pillars as seen in infrared light, allowing it to pierce through obscuring dust and gas and unveil a more unfamiliar – but just as amazing – view of the pillars.

In this ethereal view the entire frame is peppered with bright stars and baby stars are revealed being formed within the pillars themselves. The ghostly outlines of the pillars seem much more delicate, and are silhouetted against an eerie blue haze.