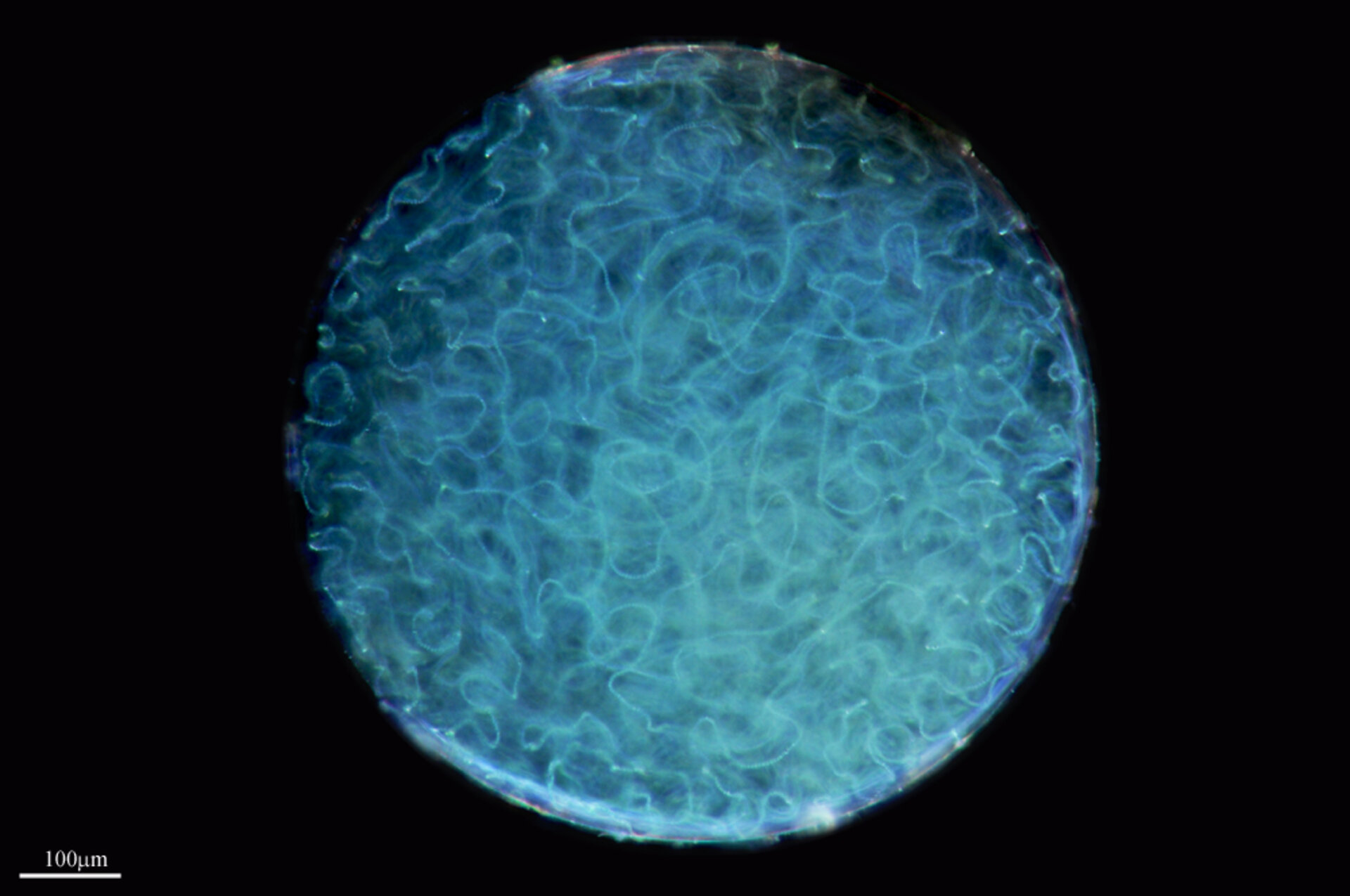 Nostoc algae sent to space in 1987

An example of Nostoc bacteria in a petri dish. The blue–green algae spent five days in space in a Chinese capsule, marking the start of the ESA-led MELiSSA project.

The algae survived their trip around the world and, a quarter of a century later, the teams are close to testing a nearly closed ecosystem that will support life forms with almost no external resources or waste.

MELiSSA (Micro-Ecological Life Support System Alternative) is investigating ways of producing food, water and oxygen on long manned space missions with limited supplies. The goal is to support the human exploration of the Solar System, as well as meeting pressing challenges on Earth.