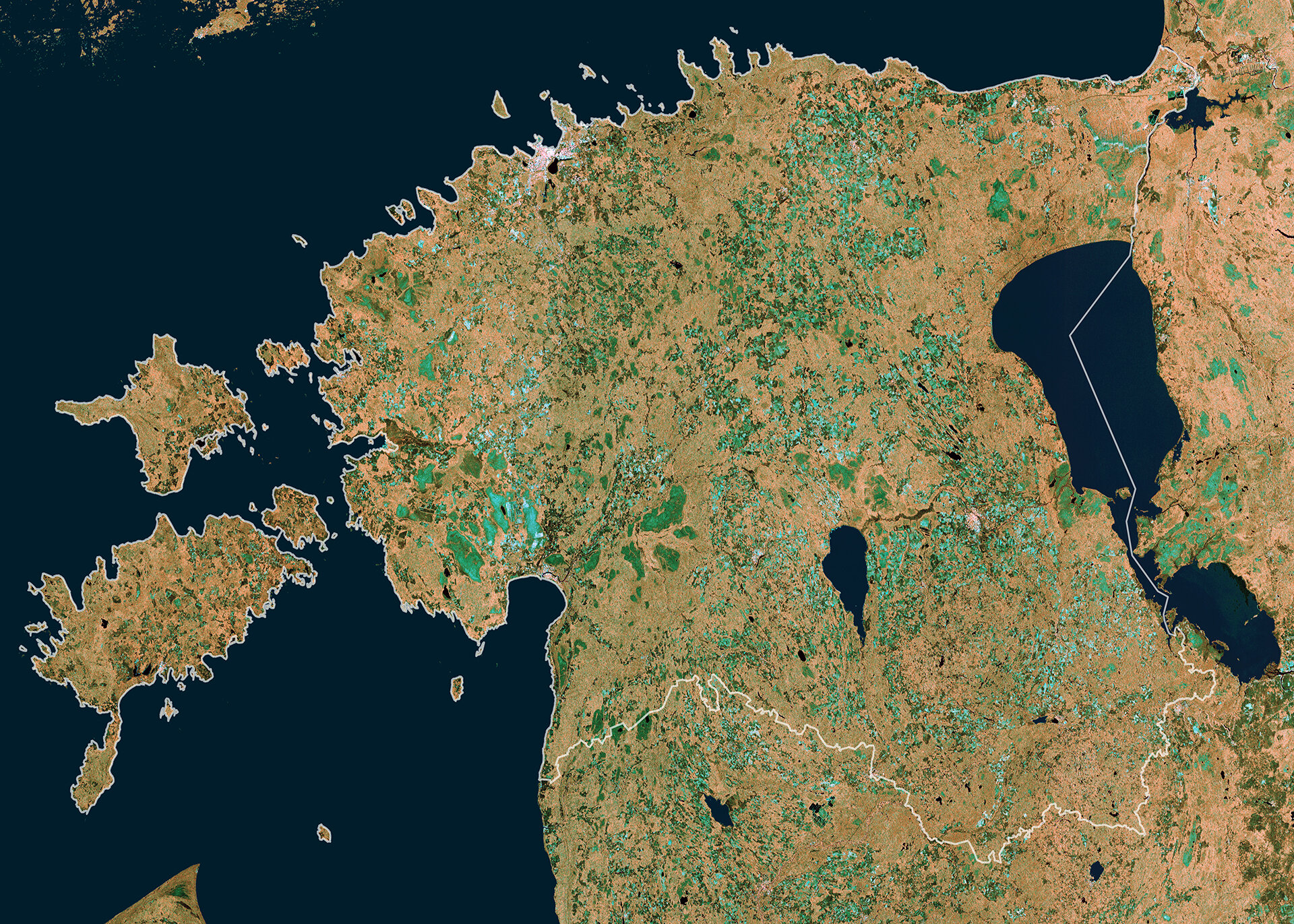 The Baltic country of Estonia – with the political borders in white – is pictured in this mosaic of eight scans by Sentinel-1A’s radar from October to December 2014.

The scans were recorded in ‘dual polarisation’ horizontal and vertical radar pulses, from which the artificial colour composite was generated.

The largest island, Saaremaa, can be seen on the left side of the image. Although not visible in this image, the island is the site of a group of meteorite craters that, at the time of impact an estimated 4000–7000 years ago, burned forests within a 6 km radius.

The capital and largest city, Tallinn, can be seen by its white radar reflections along the coast near the top of the image. About a third of Estonia’s population lives here.

East of Tallinn is the Lahemaa National Park. Covering over 470 sq km of land and 250 sq km of sea, it is the country’s largest national park. It includes forests, limestone plateaus, waterfalls, raised bogs, peninsulas and bays along the coastal plain and offshore islands. Wildlife includes lynx, bear and wolves.

Lake Peipus – the country’s largest with a total surface area over 3550 sq km – straddles the border with Russia to the east.

On 4 February, Estonia signed the Accession Agreement to the ESA Convention. Later this year, the Government of Estonia will conclude the ratification process and will become the 21st ESA Member State.