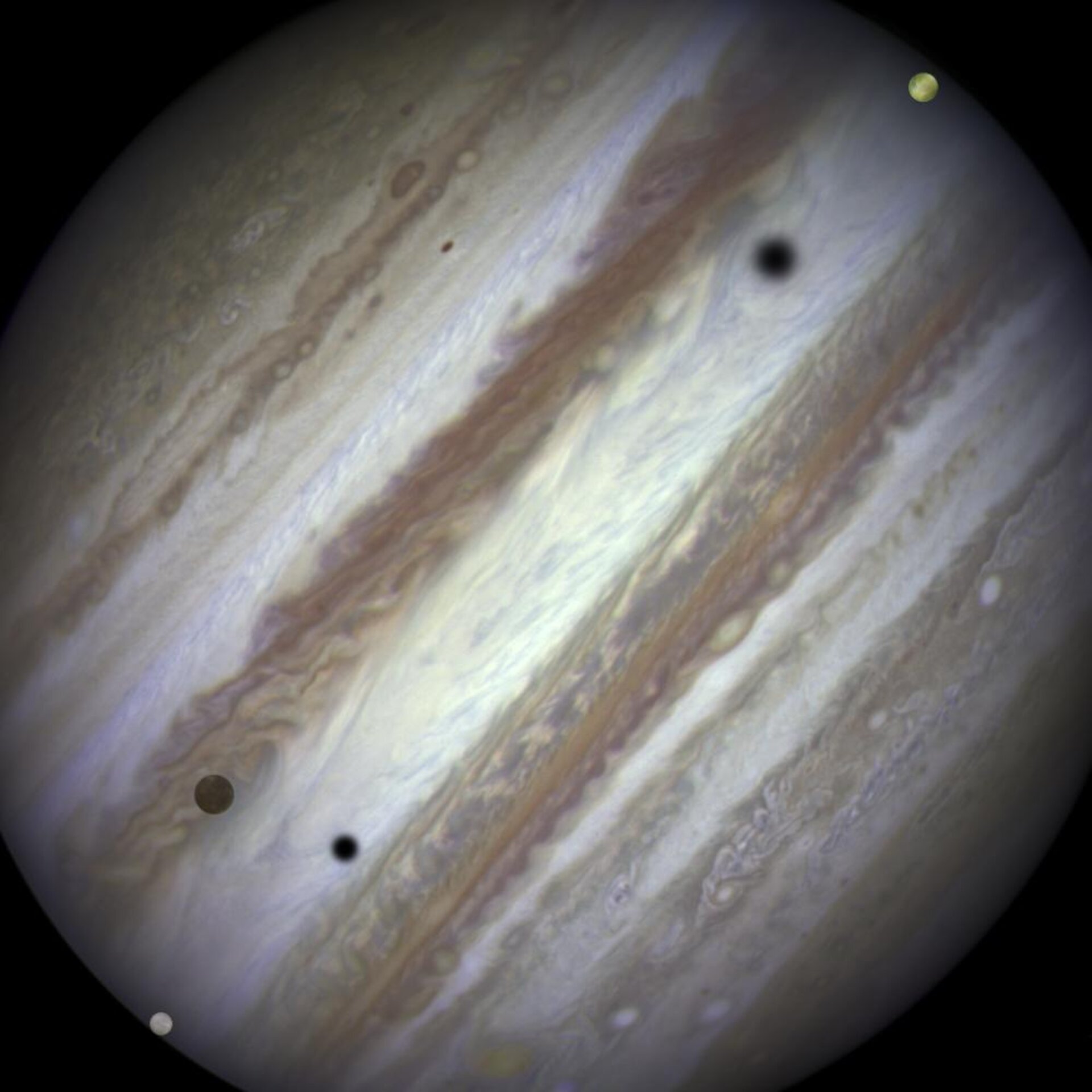 March of the moons

The image shows the end of the event. Europa has entered the frame at lower left with slower-moving Callisto above and to the right of it. Meanwhile Io — which orbits significantly closer to Jupiter — is approaching the eastern limb of the planet.

Enter the Ode to Hubble competition

What does Hubble mean to you? For society? How has it inspired you? The ESA/Hubble Ode to Hubble competition lets anyone inspired by Hubble express their feelings or share their ideas in a creative and innovative way and is your chance to join us in celebrating the NASA/ESA Hubble Space Telescope’s 25th anniversary! Find out more at www.spacetelescope.org/Hubble25/odetohubble/