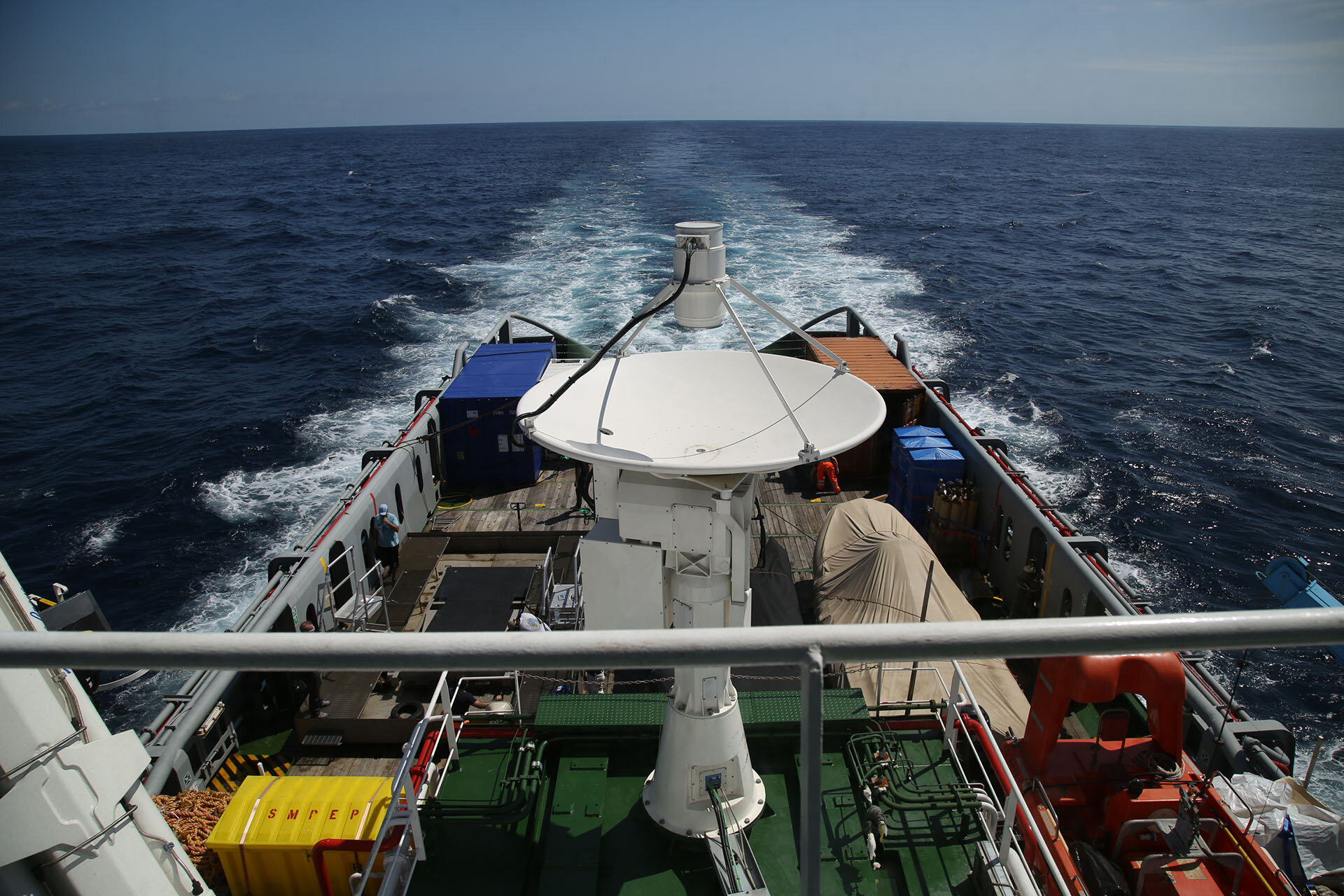 Spaceship to ship: where IXV will call home

A view of the marine tracking station antenna on the recovery ship, Nos Aries, now in the Pacific Ocean readying for next week’s crucial IXV mission.

The ship will support the 100-minute flight of IXV, which will test crucial new European reentry technologies. IXV is set for liftoff at 13:00 GMT on 11 February.

This is when ground teams in Europe and on the ship will be most anxious, as nothing will have been heard from the wingless spaceplane since before the start of reentry.

Meanwhile, in the Pacific Ocean, slightly north of the equator and about 25 km from the target splashdown spot near 3°N / 123°W, the antenna on the Nos Aries will be pointing at IXV’s expected trajectory and listening for ‘AOS’ – acquisition of signal. Hearing it will indicate that reentry has gone well.

Experts from the Agency's Estrack ground station network will be on the ship to support the crucial tracking activity.