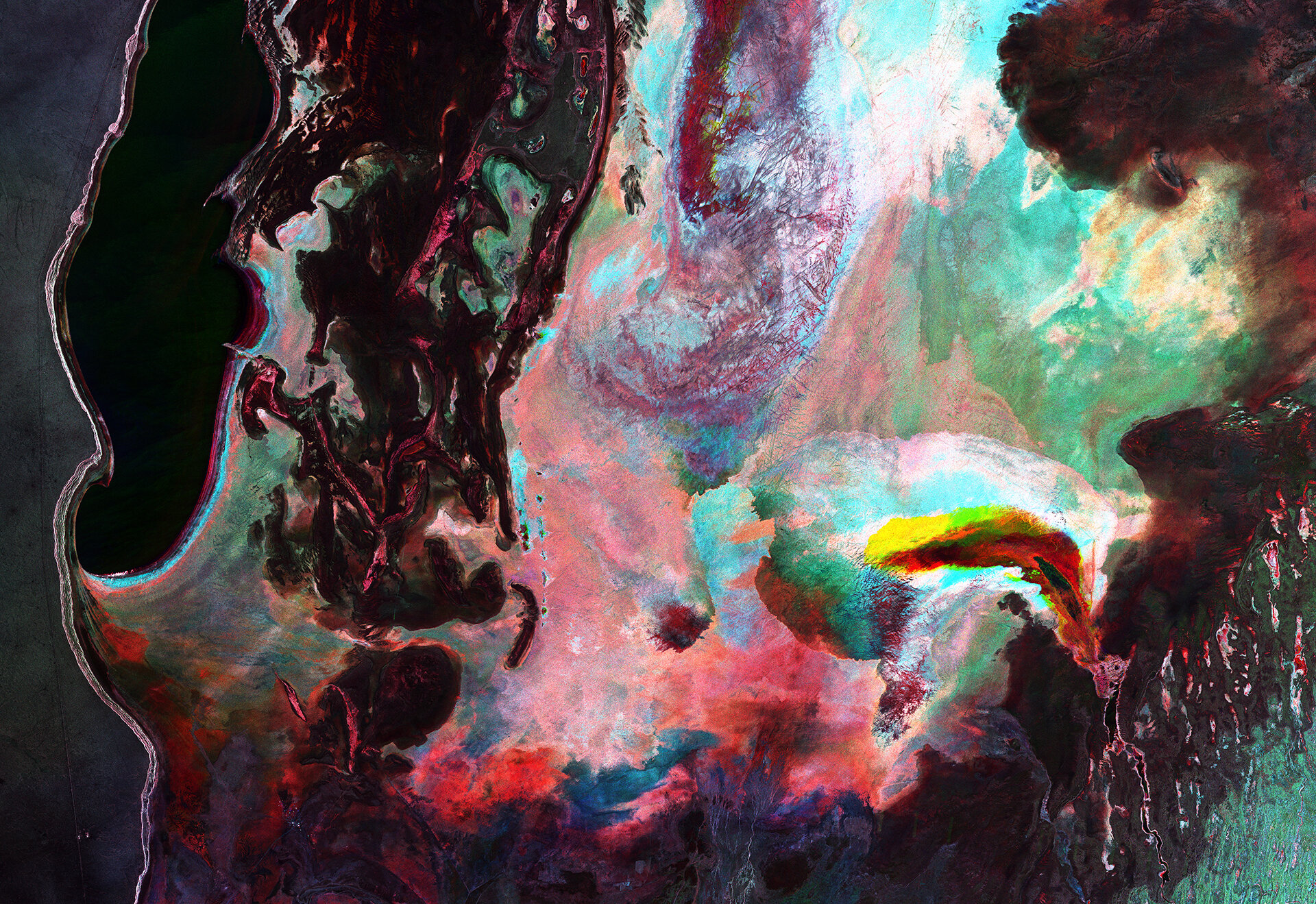 This multitemporal Sentinel-1A radar image shows the Aral Sea, located on the border between Kazakhstan and Uzbekistan in Central Asia.

The Aral Sea is a striking example of humankind’s impact on the environment and natural resources. Once the world’s fourth-largest inland water body, it has lost around 90% of its water volume since 1960 because of Soviet-era irrigation schemes.

As the water evaporated, it left behind a dry, white salt terrain now called the Aral Karakum Desert. Each year violent sandstorms pick up salt and sand from the desert and transport it across hundreds of kilometres, causing severe health problems for the local population and making regional winters colder and summers hotter.

Chemicals in the dry plains from former weapons testing, industrial projects and fertiliser runoff exacerbates the effects of these storms on health.

In addition, the area’s fishing industry – which once employed tens of thousands of people – has been devastated.

The World Bank and Kazakhstan has worked together to build the Kok-Aral dyke to stabilise the northern section of the sea. The Aral Sea’s southern section – part of which is pictured here – was beyond saving and is projected to dry out completely by the end of this decade.

This image was created by combining three radar scans from Sentinel-1A, assigning each a colour: red (from 17 October 2014), green (from 28 December 2014) and blue (from 14 February 2015). Different colours represent changes between the acquisitions.

In the lower right, the red, yellow and green boomerang shape shows where water flows into the dry seabed from a river, and colours show how the area covered in water increased over time.

Along the left side of the image, the large dark area shows where water is still present. Colours along the water’s edge show water-level changes between acquisitions. Red shows a lower level than blue, so the water level was lower on 17 October 2014 than on 14 February 2015.

Zooming in on the lower-left corner, we can see the straight line of a road outside of the seabed, with white dots showing where the radar signal has reflected off of human-made structures. White dots also appear further east, showing where structures have been built in the seabed.