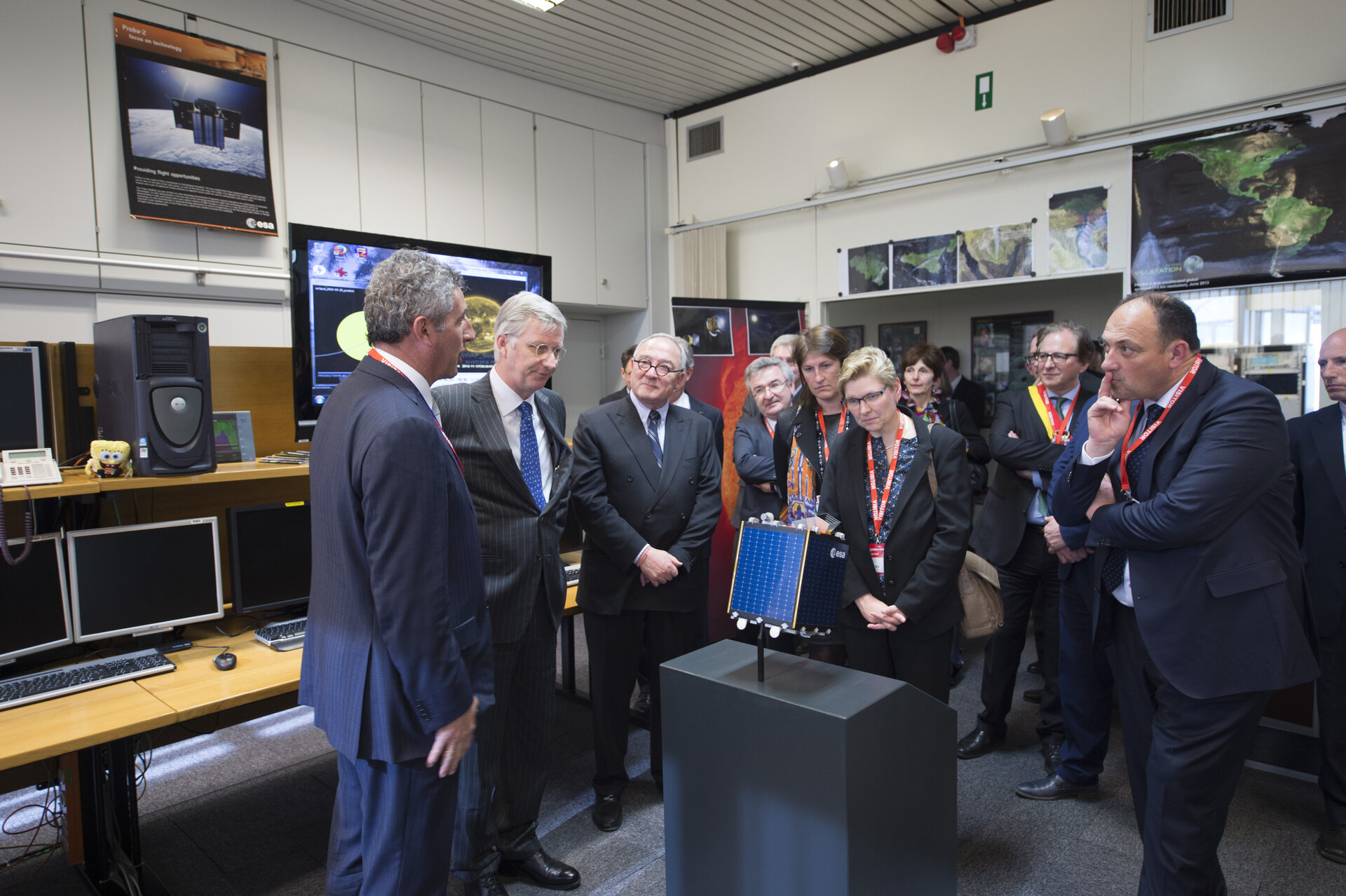 The King Philippe of Belgium visited the ESA centre in Redu, Belgium, on 17 March 2015.

After a presentation by ESA Director General Jean-Jacques Dordain covering Redu activities that have increased and diversified during recent years, the King took guided tour around the installation, the only ESA site in Belgium, located amid the forests of the Belgian Ardennes.

ESA's Director of Technical and Quality Management Franco Ongaro showed the Proba satellite control centre to the King, the Belgian Secretary of State for Science Policy Elke Sleurs, and the High representative of Space Policy Eric Beka. The small Belgian-built Proba-1, Proba-2 and Proba-V satellites deliver Earth observation and solar data to scientists around the world.

At the end of the visit, ESA Director General Jean-Jacques Dordain received official recognition from the King for his continuous efforts in promoting and supporting Europe’s space interests and activities. He was awarded Grand Officer in the Order of the Crown by the King.