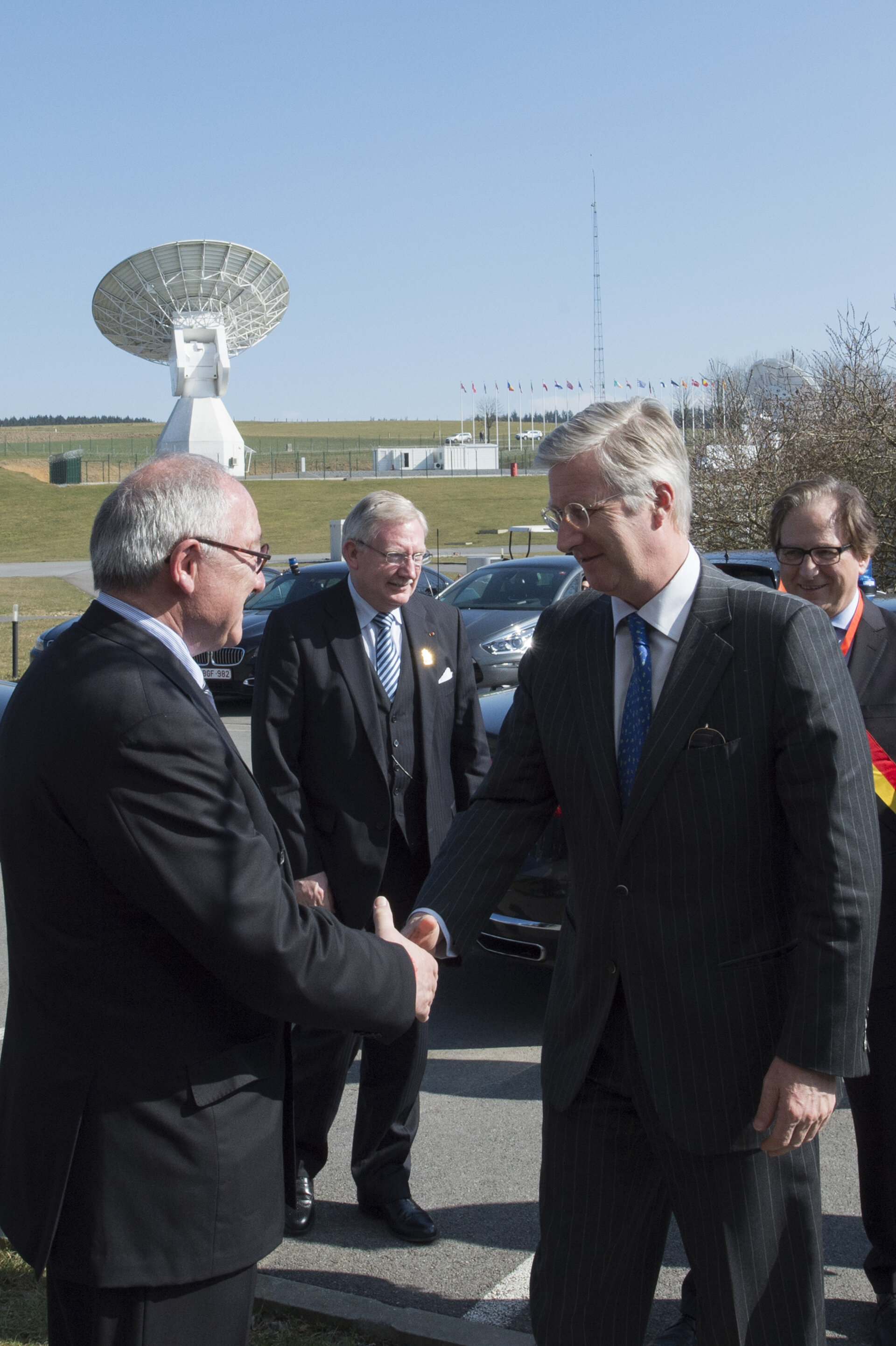 The King Philippe of Belgium was welcomed by ESA Director-General Jean-Jacques Dordain, on 17 March 2015. The King visited the ESA establishment in Redu, Belgium.