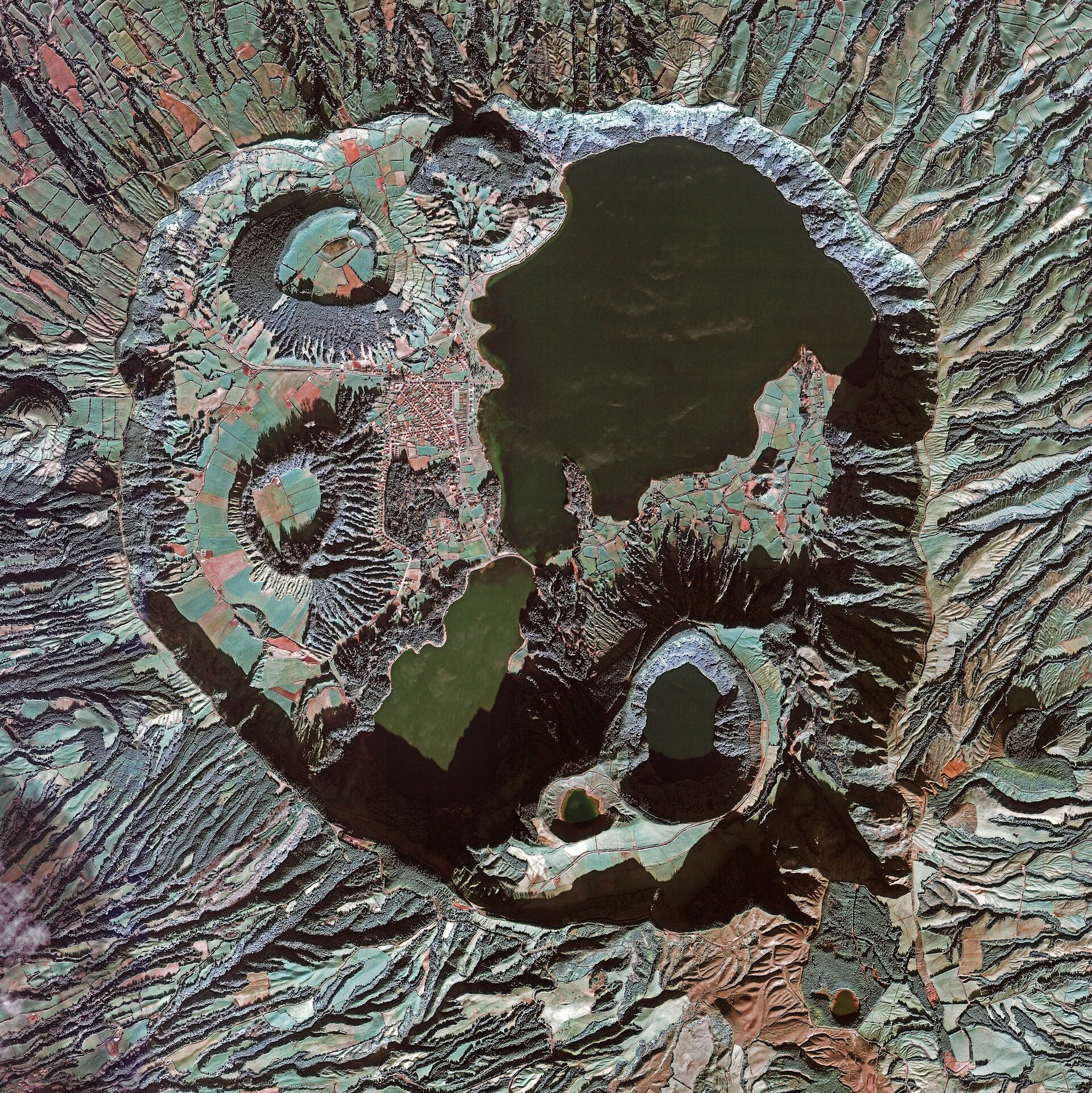 This image from over the Azores island of São Miguel features a volcanic complex called the Sete Cidades Massif.

The circular crater or caldera dominates the image and measures about 5 km across. The interior has lakes, volcanic cones, lava domes and maars – or shallow, flooded craters.

The Lagoa das Sete Cidades – or Lagoon of Seven Cities – is comprised of two ecologically different lakes that are connected by a narrow passage, visible at the centre of the image. The lake to the north is known as the Blue Lake while to the one to the south is the Green Lake for the colours they reflect.

According to the legend, the protected daughter of a king escaped to the surrounding hills, where she met and fell in love with a young shepherd. When the shepherd asked the king for his daughter in marriage, the king refused and forbade his daughter from seeing the boy again. The two met secretly one last time and cried until their tears filled the valleys to form the two lakes: one green as the Princess's eyes were green, and the other blue like the shepherd’s eyes.

In the surrounding area we can see the distinct lines where vegetation grows along waterways radiating from the circular massif. Between these lines are agricultural plots.

This image, also featured on the Earth from Space video programme, was acquired by the Spanish Deimos-2 satellite on 6 December 2014. With its high-resolution optical imager, the satellite can see down to a 75 cm ground resolution.

On 1 April, Deimos-2 will become a contributing mission to Europe’s Copernicus programme.