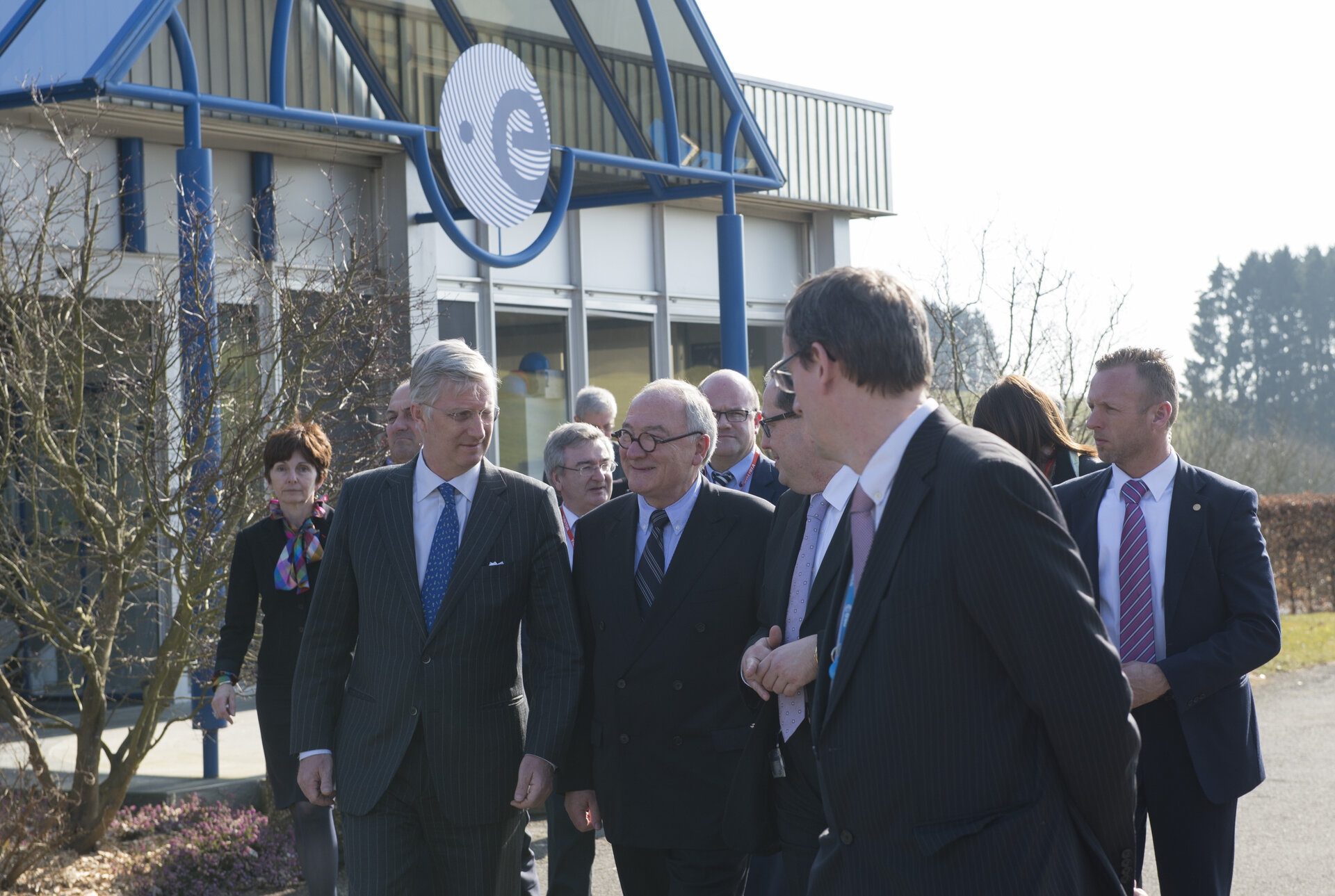 The King Philippe of Belgium visited the ESA establishment in Redu

The King visited the GALILEO 20m antenna, the largest on the site. He also discovered the other antennas present on the site, today around 50 against 15 antennas 10 years ago.