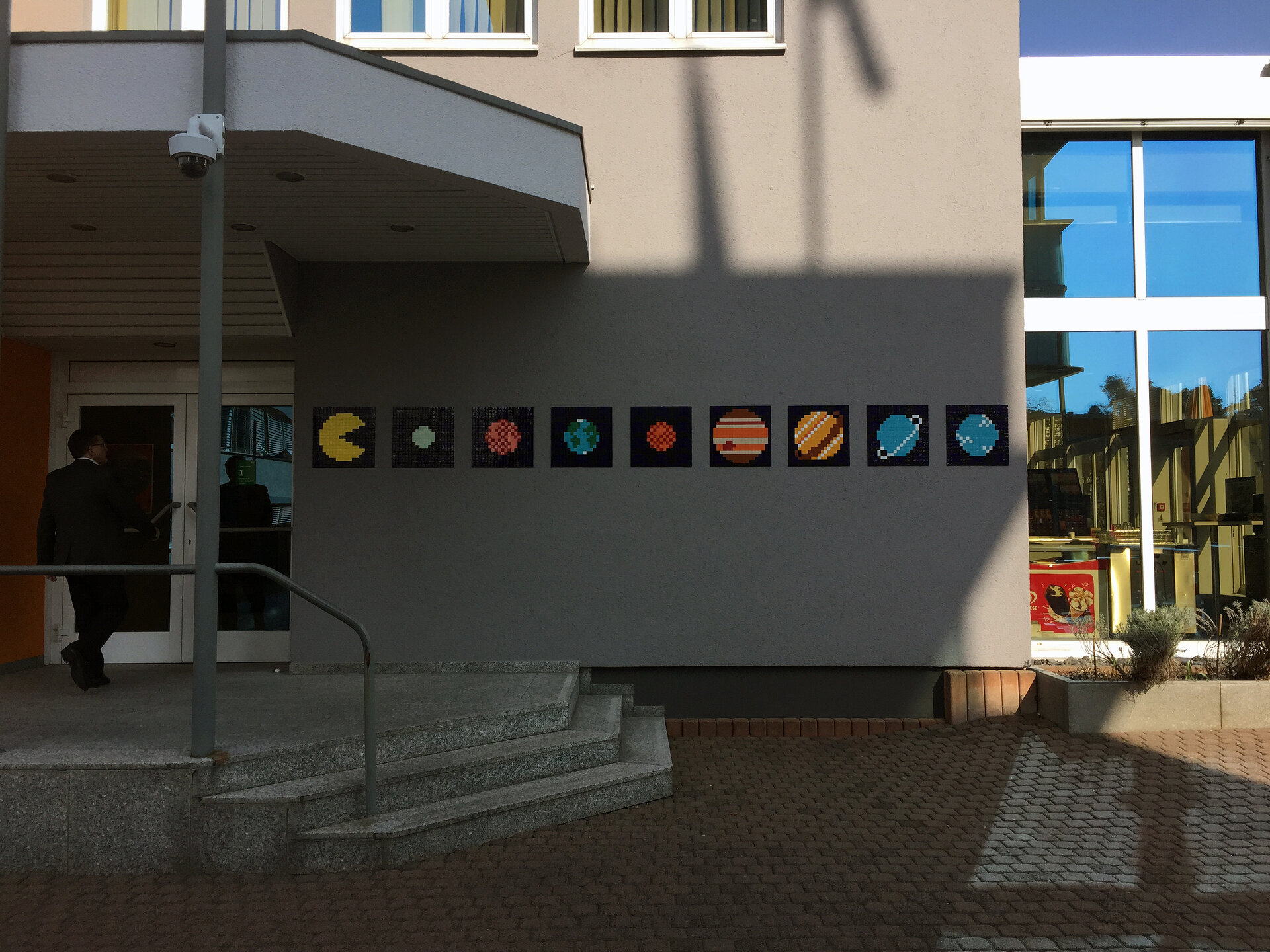 The French artist known as Invader has established his urban artwork in more than 60 cities all over the world, including Rome, Paris, New York, Manchester, Hong Kong and Los Angeles. In 2012 he sent a mosaic into the stratosphere on a balloon.

Following the invasion of Earth orbit, the artwork has been spotted not only in the Space Station but also in ESA establishments all over Europe. The first invaders were seen at ESA’s astronaut centre in Cologne, Germany and at ESA’s Redu Centre in Belgium. A set of Solar System mosaics have now appeared at the European Space Operations Centre in Darmstadt, Germany.