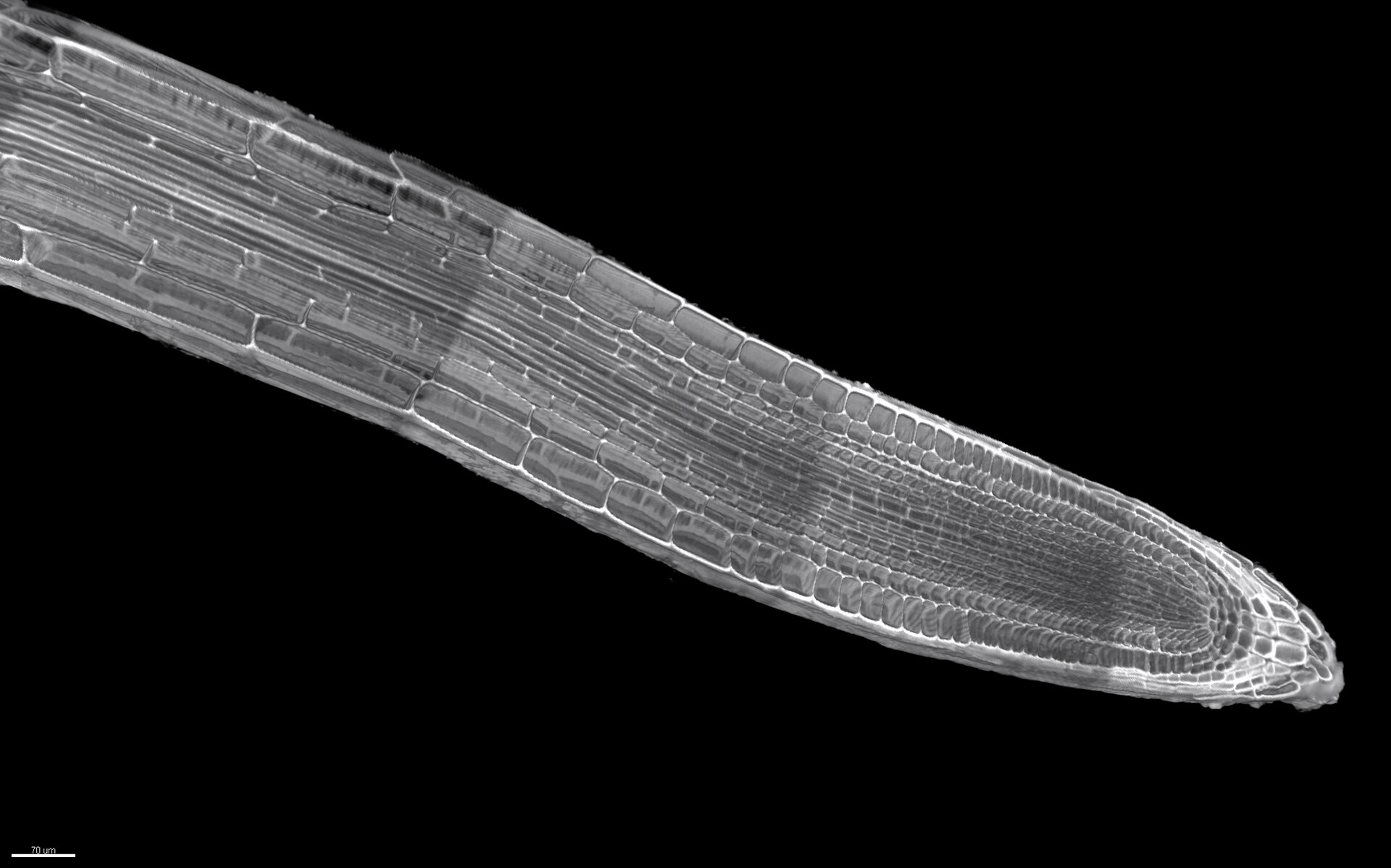 This microscope image taken at 40 times magnification shows the individual cells that make up the root of an Arabidopsis thaliana plant. Next month, 200 five-day-old shoots will fly a roller-coaster ride on an aircraft to investigate how their cells adapt to altered gravity – from weightlessness to hypergravity.

The Arabidopsis thaliana is a biologist’s ‘go-to’ plant for research, so the species has spent more time in space than most astronauts. The experiment that will be run next month by Franck Ditengou follows a long line of research, led by Klaus Palme, at the University of Freiburg in Germany. Previous experiments have seen the plant fly on both the International Space Station and the Chinese Tiangong-1 space station.

“We want to understand life, to understand how plants know what is up and what is down,” explains Franck. Weightlessness makes plants grow erratically but Franck’s team is looking for the root cause by looking at individual cells for the first time.

The plants will grow in a cassette that is also used on other ESA gravity research platforms, such as sounding rockets or the International Space Station. During the parabolic flight, the roots will be filmed continuously to chart their growth.

“You might think that plants move slowly, but in fact they grow very fast,” says Franck. “We had to develop special software that finds the root tip as it quickly grows past the viewfinder.” Young Arabidopsis seedlings grow about 1 cm a day which means that during their time in altered gravity they will grow roughly half as much again at this image’s scale.

The plants will be frozen chemically with formaldehyde at different points during the flight for later analysis. Later, at the University of Freiburg, the plants will be stained and dissected to create an image such as this one.

Each individual cell then needs to be counted, as well as having its length, thickness, volume and any deformations recorded for a proper statistical analysis. Luckily for the team, this job does not have to be done by hand, they have developed new software that will count the cells from the 200 plants automatically. However, no software exists unfortunately to do the painstaking work of staining and imaging each root before the software can process the images.

For more info a live Google hangout is planned for Wednesday 6 May at 13:00 GMT (15:00 CEST) about this experiment and the others that will fly during the next parabolic campaign.