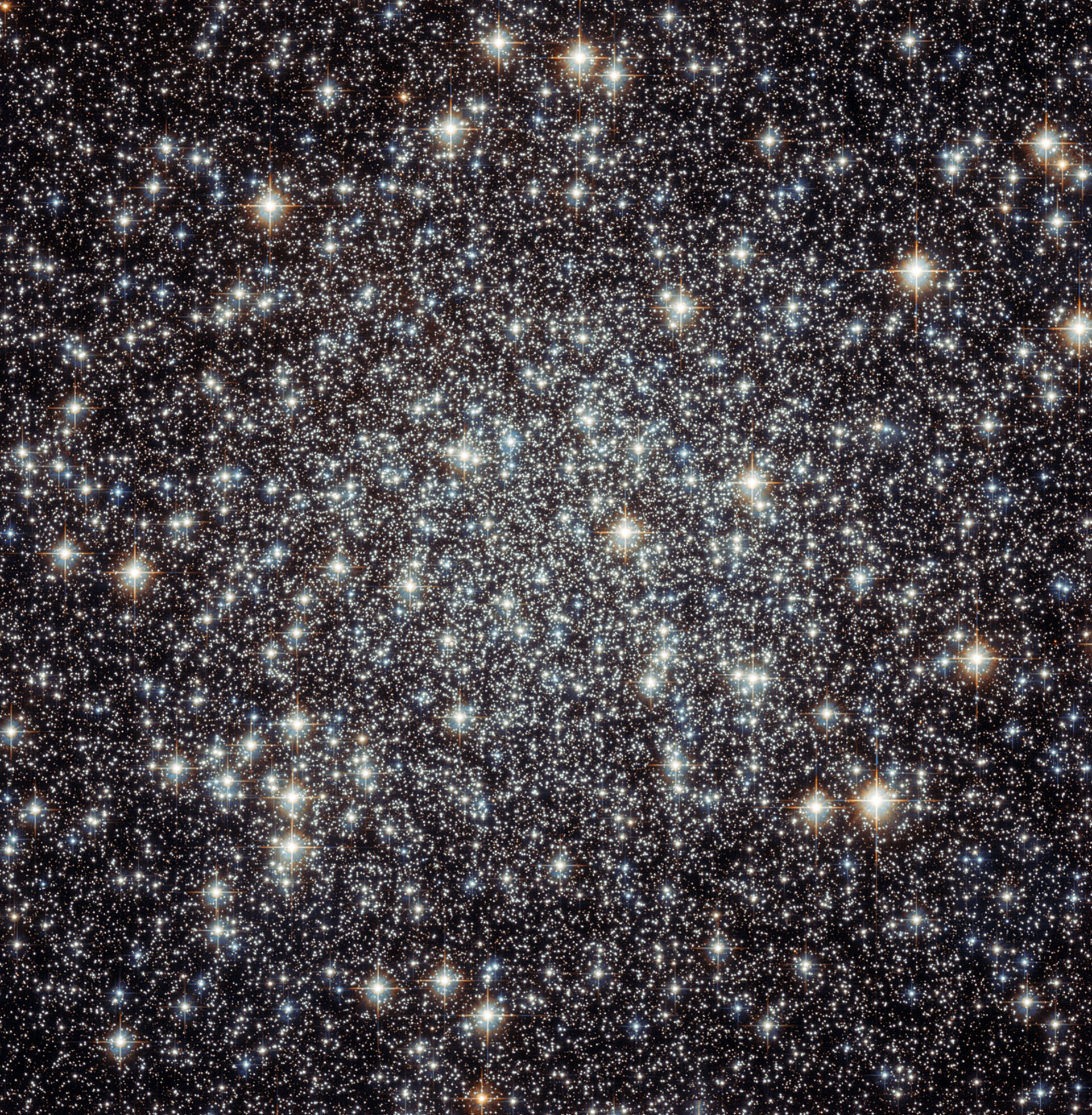 The crammed centre of Messier 22

This image shows the centre of the globular cluster Messier 22, also known as M22, as observed by the NASA/ESA Hubble Space Telescope. Globular clusters are spherical collections of densely packed stars, relics of the early years of the Universe, with ages of typically 12 to 13 billion years. This is very old considering that the Universe is only 13.8 billion years old.

Messier 22 is one of about 150 globular clusters in the Milky Way and at just 10 000 light-years away it is also one of the closest to Earth.

The cluster has a diameter of about 70 light-years and, when looking from Earth, appears to take up a patch of sky the size of the full Moon. Despite its relative proximity to us, the light from the stars in the cluster is not as bright as it should be as it is dimmed by dust and gas located between us and the cluster.

As they are leftovers from the early Universe, globular clusters are popular study objects for astronomers. M22 in particular has fascinating additional features: six planet-sized objects that are not orbiting a star have been detected in the cluster, it seems to host two black holes, and the cluster is one of only three ever found to host a planetary nebula — a short-lived gaseous shells ejected by massive stars at the ends of their lives.