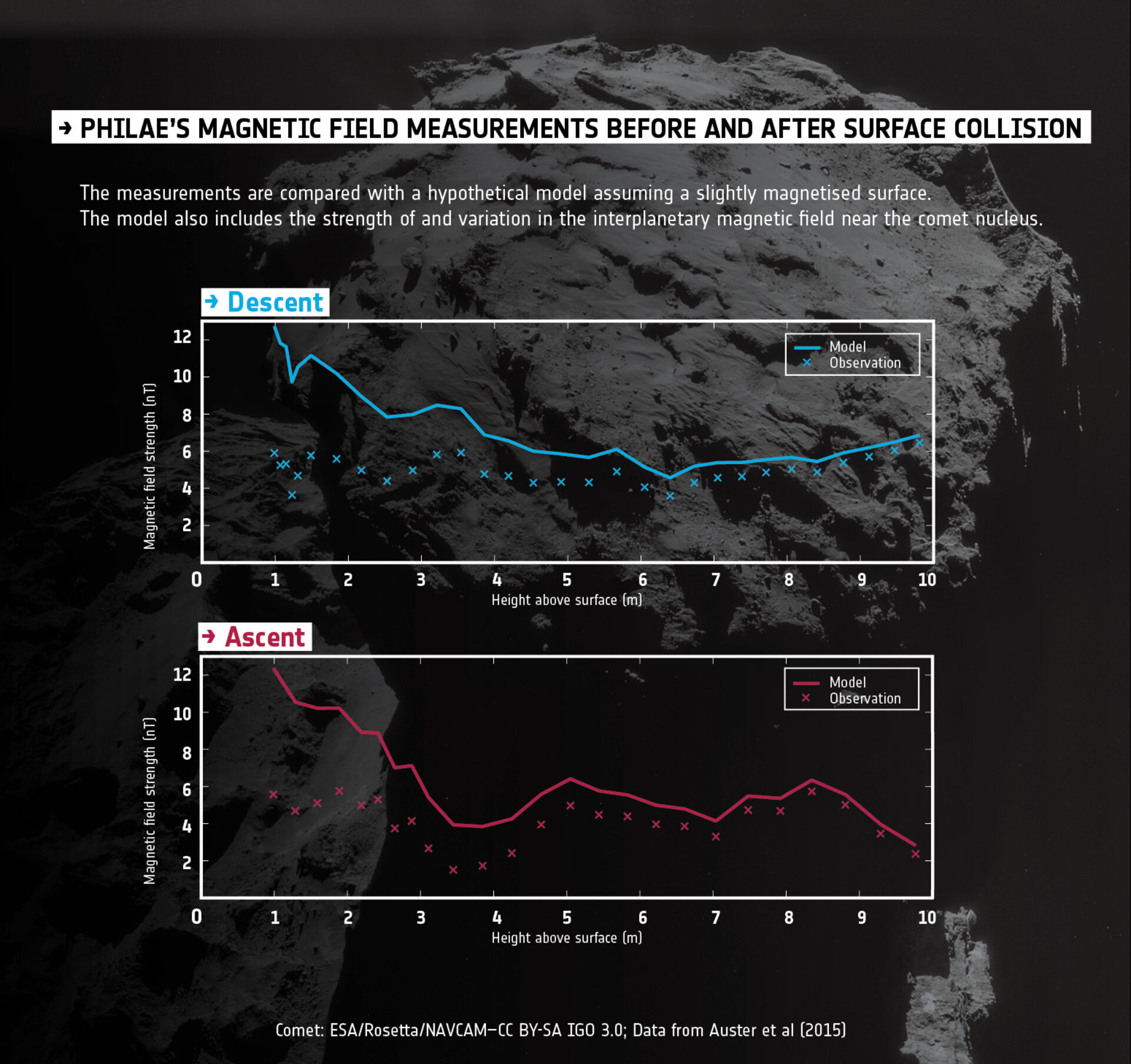 Magnetic field data collected by Philae’s ROMAP instrument immediately before (top) and after (bottom) the cliff collision at 16:20 GMT on 12 November 2014 (onboard spacecraft time), between the first and second touchdowns. Height above the surface is plotted on the x-axis and magnetic field strength on the y-axis. Therefore time runs left-to-right for the ascent (lower) plot, but right-to-left for the descent (upper) plot.

The measurements (crosses) are compared with a hypothetical model (solid line) assuming a slightly magnetised surface. Also included is the strength of and variation in the external field, namely the influence of the solar wind interplanetary magnetic field near the comet nucleus.

At distances of 10 m or greater from the surface, the surface component would be very weak, leaving just the external field, as measured. But closer to the surface, the comet’s own field should increase and dominate. That is not seen, therefore the data suggest that at scales of greater than one metre (the resolution of the instrument), the comet is not magnetised.