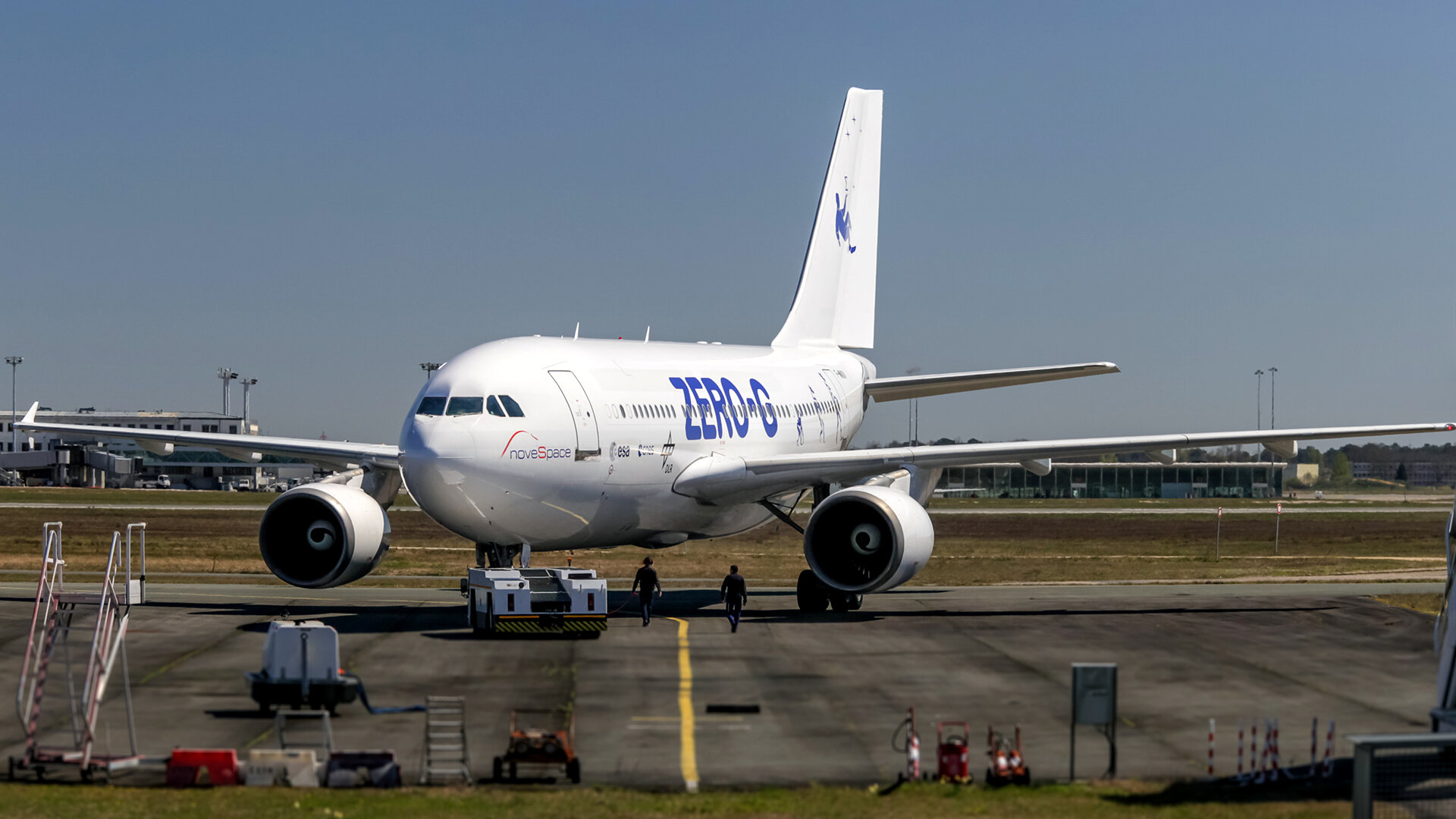 The refitted Airbus A310 aircraft is on the runway and ready for its first flight for weightless research next week. Although the aircraft can weigh up to 157 tonnes, skilled pilots will angle its nose 50° upwards to create brief periods of weightlessness. At the top of each curve, the forces on the passengers and objects inside cancel each other out, causing everything to float in weightlessness.

During the climb and pulling out of the descent, the occupants endure almost twice normal gravity. A person weighing 80 kg on Earth will feel as if they weighed 160 kg for around 20 seconds.

Conducting hands-on experiments in weightlessness and hypergravity is enticing for researchers in fields as varied as biology, physics, medicine and applied sciences.

French company Novespace has conducted these ‘parabolic flights’ for more than 25 years. Last year they acquired a new aircraft to replace their trusty Airbus A300. Most seats were removed to provide as much space as possible inside, while padded walls provide a soft landing for the researchers –  the changes in ‘gravity’ can be hard to handle. Extra monitoring stations have been installed for a technician to monitor the aircraft system’s as it is pushed to its limits – this is no transatlantic cruise.

If you want to know more about these experiments and the parabolic flights, join us on Wednesday 6 May at 13:00 GMT (15:00 CEST) for a live ESA hangout with the researchers and space agency experts. Ask questions live in chat or via Twitter with hashtag #ZeroGhangout.