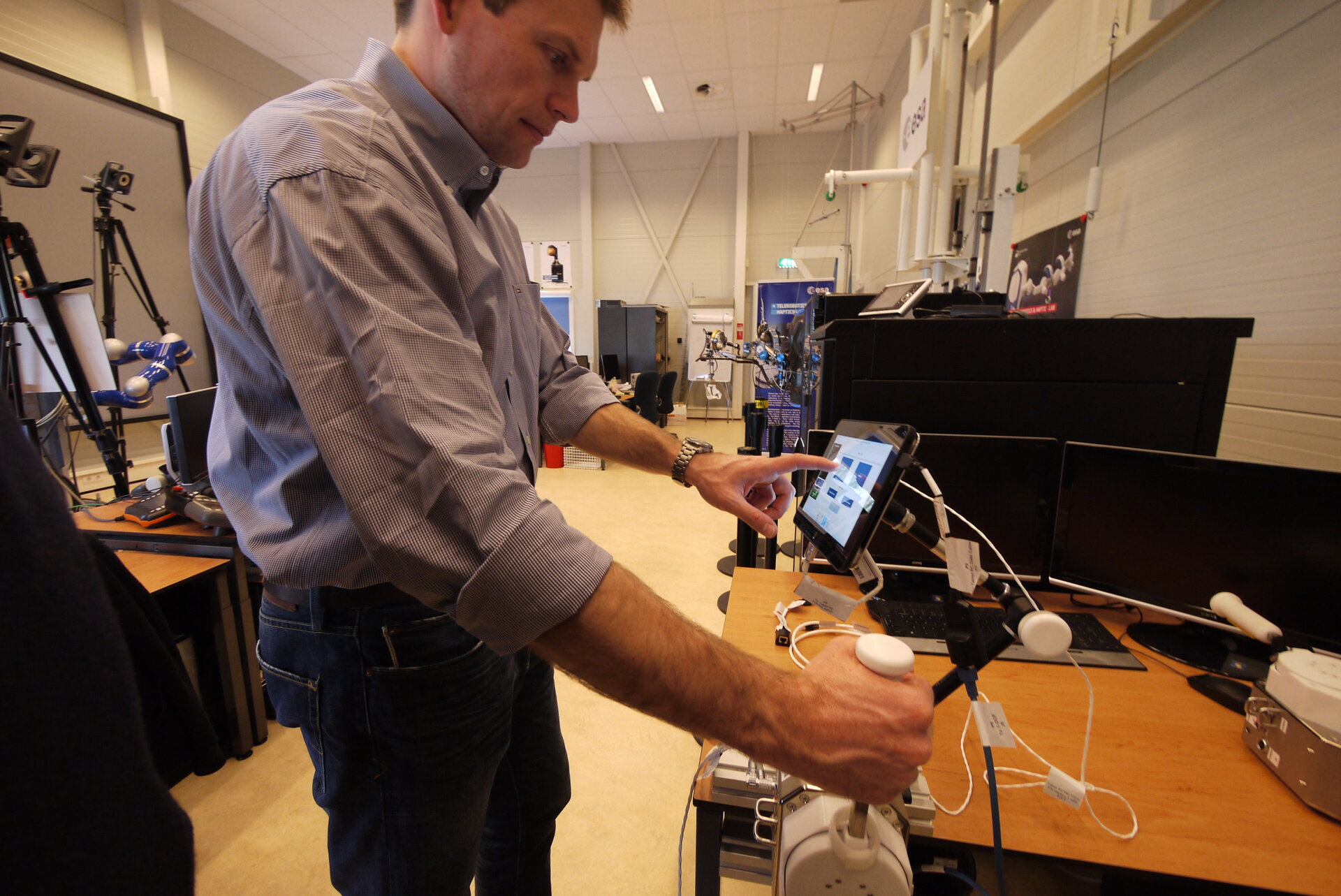 ESA astronaut Andreas Mogensen tries out a model of the touchy-feely joystick that he will use in space during his 10-day ‘iriss’ mission. Part of the Haptics-1 experiment, the joystick is the first sustained test of how astronauts experience touch-based feedback in weightlessness.