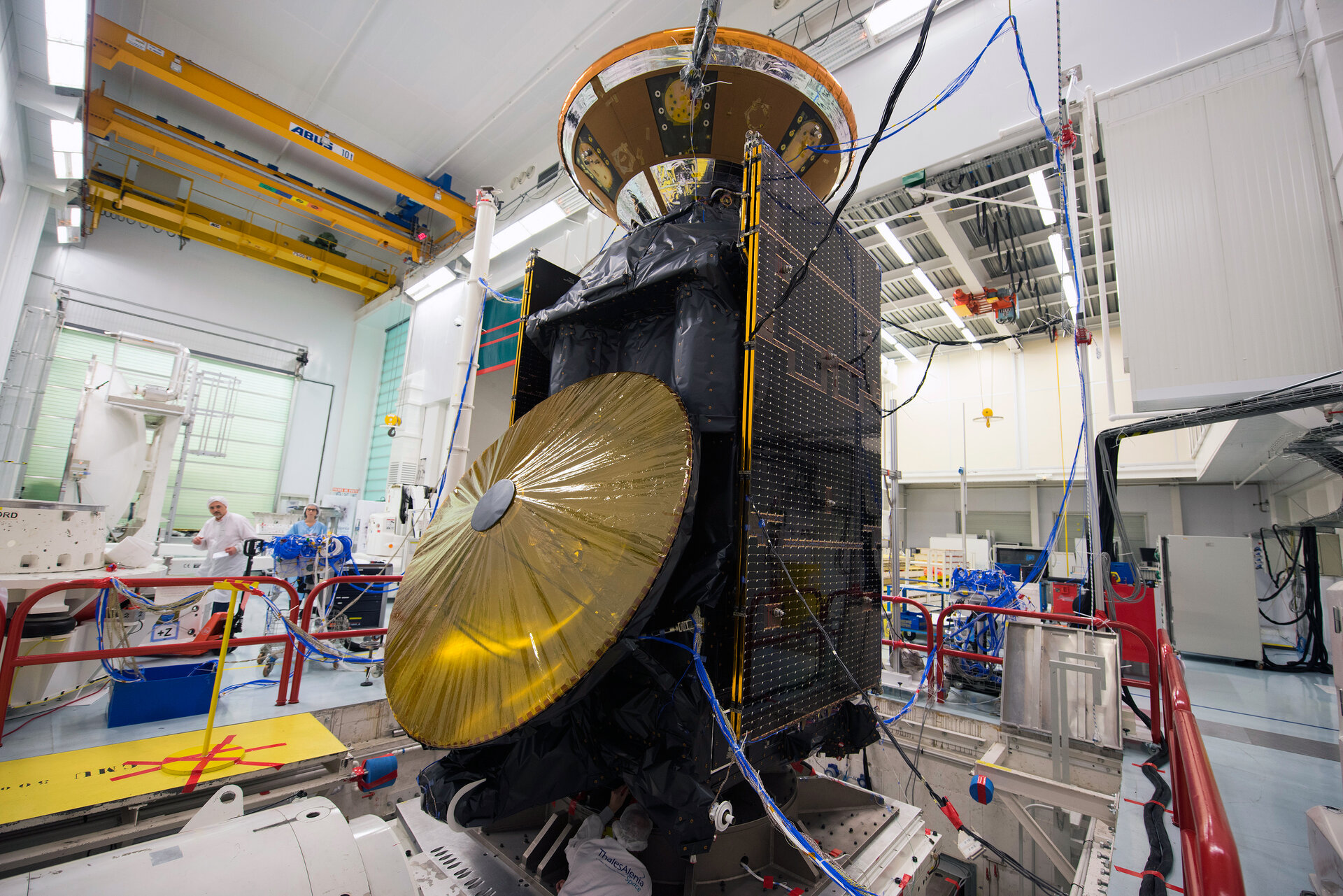 Europe’s next spacecraft to Mars is seen undergoing vibration testing at Thales Alenia Space, in Cannes, France, in preparation for its launch next year.

The first challenge in any spacecraft’s working life is surviving the severe vibration it faces during takeoff. Placing it on an earthquake-strength shaker table allows a realistic simulation of launch conditions.

Atop TGO is Schiaparelli, also known as the ExoMars Entry, Descent and Landing Demonstrator Module (EDM), which will separate from its mothership to touch down on the martian surface, testing descent techniques for the follow-on ExoMars rover, due for launch in 2018.

After performing an atmospheric aerobraking phase lasting approximately one year the TGO will reach its science orbit and remain circling Mars to image surface features and study the composition of the atmosphere. Its main objective is to search for evidence of methane and other trace atmospheric gases that could be signatures of active biological or geological processes. TGO will also perform a telecommunication relay role, connecting rovers on the Martian surface with Earth.

The image was taken on 23 April. The combined TGO and EDM are due for launch on a Proton rocket next January.