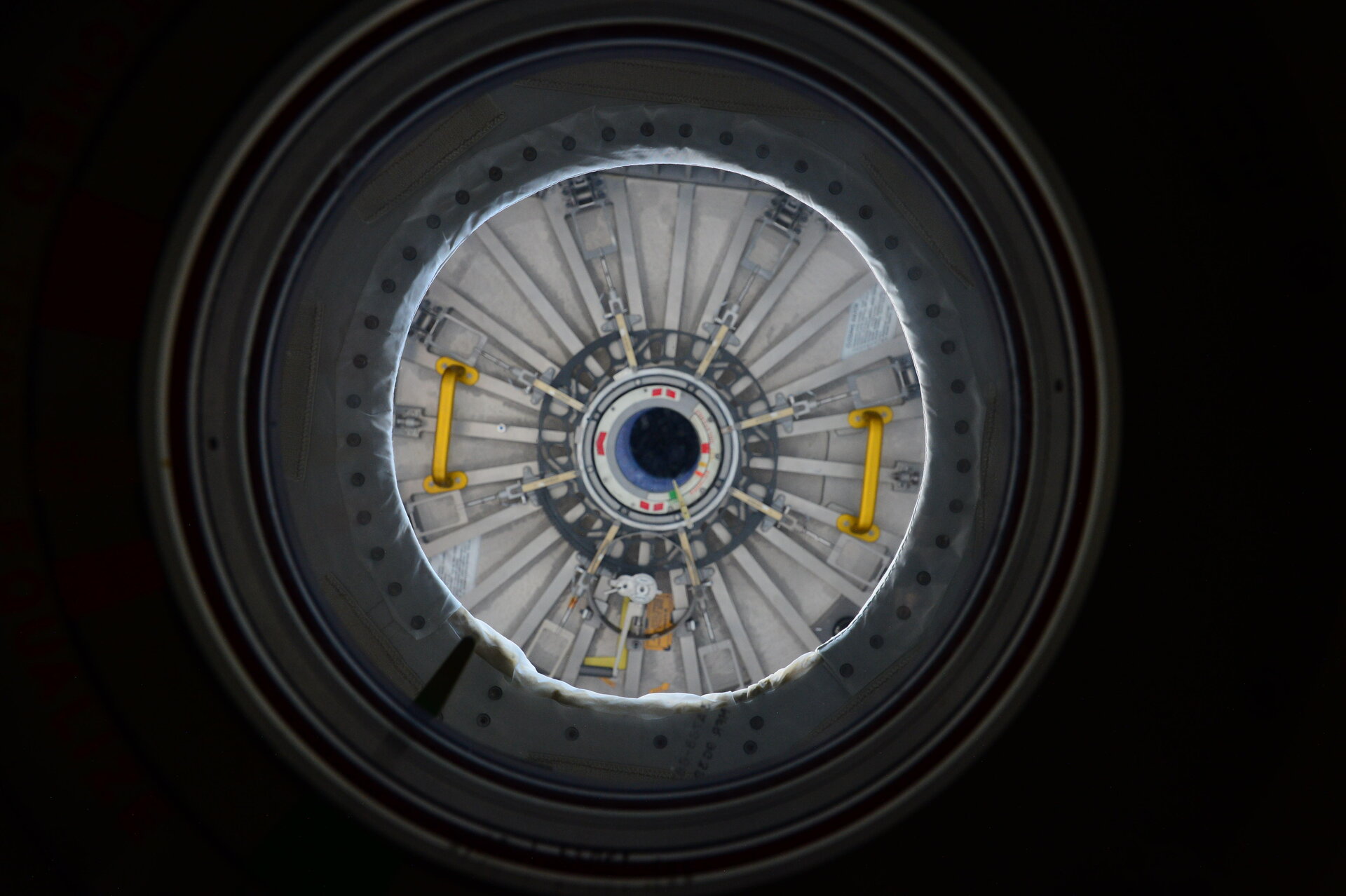 ESA astronaut Samantha Cristoforetti took this image through the Unity Node hatch window on the International Space Station as the Permanent Multipurpose Module Leonardo was being moved to a new location.

Leonardo was detached and moved by the main robotic arm on 27 May 2015.

This delicate operation required moving and rotating the 10-tonne module from the Unity node to the Tranquility node.

The day before, NASA astronauts Terry Virts and Scott Kelly finished unbolting the module, closed the hatch and checked for leaks. They will not reopen the hatch at its new location on Tranquility until Thursday after more leak checks.

The change is part of a long line of tasks to allow the Station to berth more visiting spacecraft – Leonardo’s move frees a docking port.

Samantha commented on the picture on Twitter: “Peaking through the little window in the Node 1 nadir hatch as PMM was moved yesterday. #RemodelingInSpace”