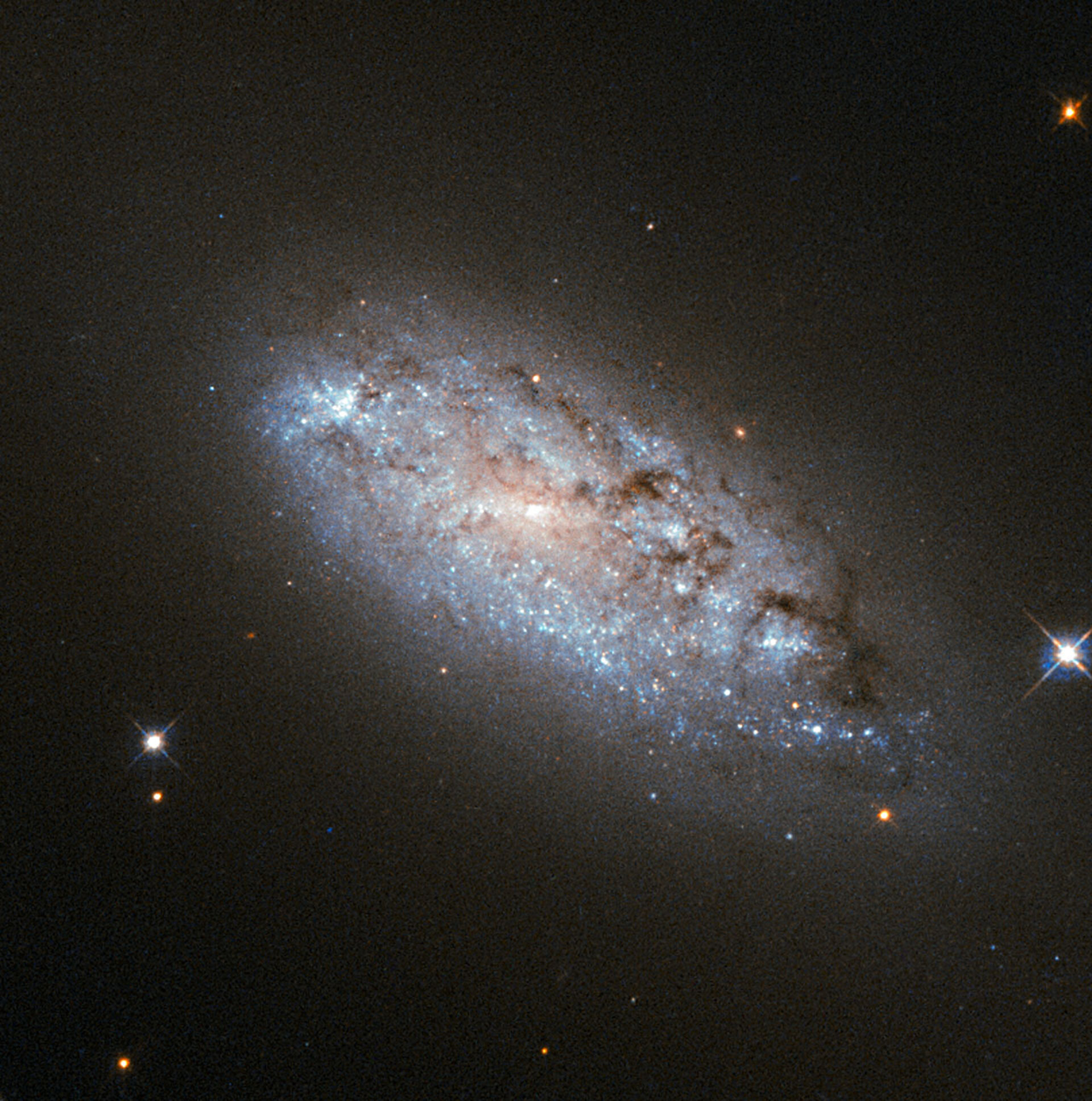 The peculiar asymmetry of NGC 949

This image provides the clearest ever view of galaxy NGC 949, which lies over 30 million light-years away in the constellation of Triangulum. The galaxy has an unusual shape, made more obscure due to its inclination. From our point of view, it is difficult to discern exactly what type of galaxy NGC 949 is, but it is certainly a disc galaxy of some kind, most likely a spiral.

NGC 949 was first discovered by Sir William Herschel on 21 September 1786, using an 18.7-inch reflecting telescope. The galaxy was one of about 3000 objects Herschel catalogued as "nebulae" during an intense and systematic deep sky survey, the results of which eventually formed the bulk of the New General Catalogue (NGC).

Taken with Hubble’s Advanced Camera for Surveys (ACS), this new image shows extraordinary detail. This detail allows us to see a strange asymmetric alignment in the dark lanes of dust that snake across the galaxy. The top-right half of the galaxy appears considerably more marbled with dust in this image; a curious observation explained by stars tending to favour locations towards the centre of a galaxy, and dust preferring almost invariably to reside along the galactic plane.

When a galaxy is inclined as NGC 949 is, some regions — in this case the top-right — are tipped towards us and the light from the stars we see in these regions has had to travel through more dust. This causes the light to appear redder — the result of the same process that gives the sun’s light a red hue at dusk — or else disappear entirely, making the dust appear more prominent on that side of the galaxy.

In the part tipped away from us, the light from the stars has had to pass through much less dust to reach us, so it appears brighter, and the dust is much less prominent.

Were it possible to view NGC 949 from the opposite side, the apparent alignment of the dust would be reversed.

The scientific advantages of this effect were recently displayed in suitably stunning style in the M31 PHAT mosaic, which allowed astronomers to produce a partial three-dimensional dust map of M31 four times clearer than any previously attempted.