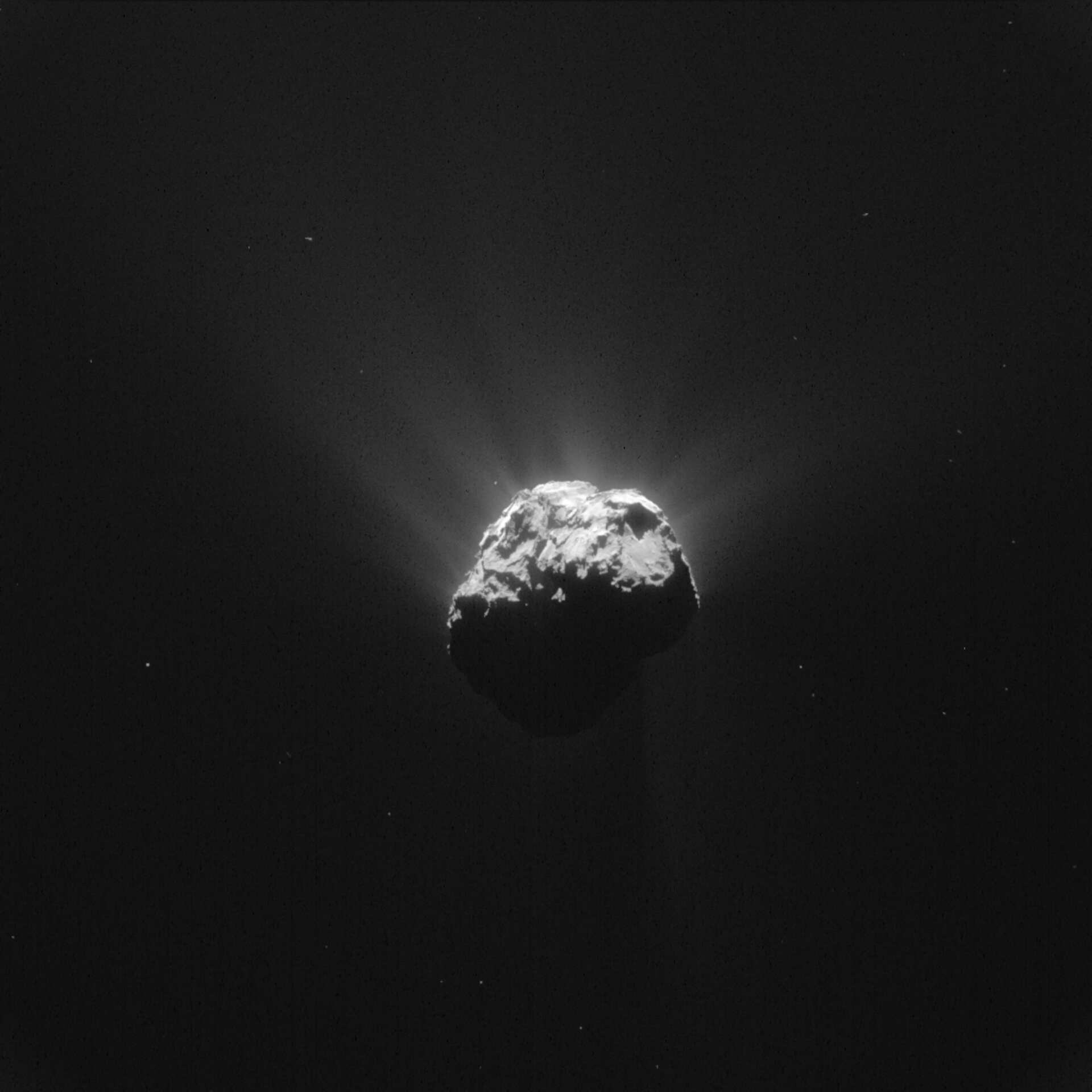 This image was taken by Rosetta’s Navigation Camera at 19:38 GMT on 13 June 2015, shortly before Philae’s wake-up signal was received. The signals were relayed by the Rosetta orbiter and received at ESA's European Space Operations Centre in Darmstadt at 20:28 GMT.

The image was taken from a distance of 201 km from the centre of Comet 67P/Churyumov-Gerasimenko and measures 17.5 km across. The image scale is 17.1 m/pixel. The comet is orientated with the small lobe towards the right, with the large depression known as Hatmehit visible. Philae is thought to be resting just outside the rim, towards the top right in this image.