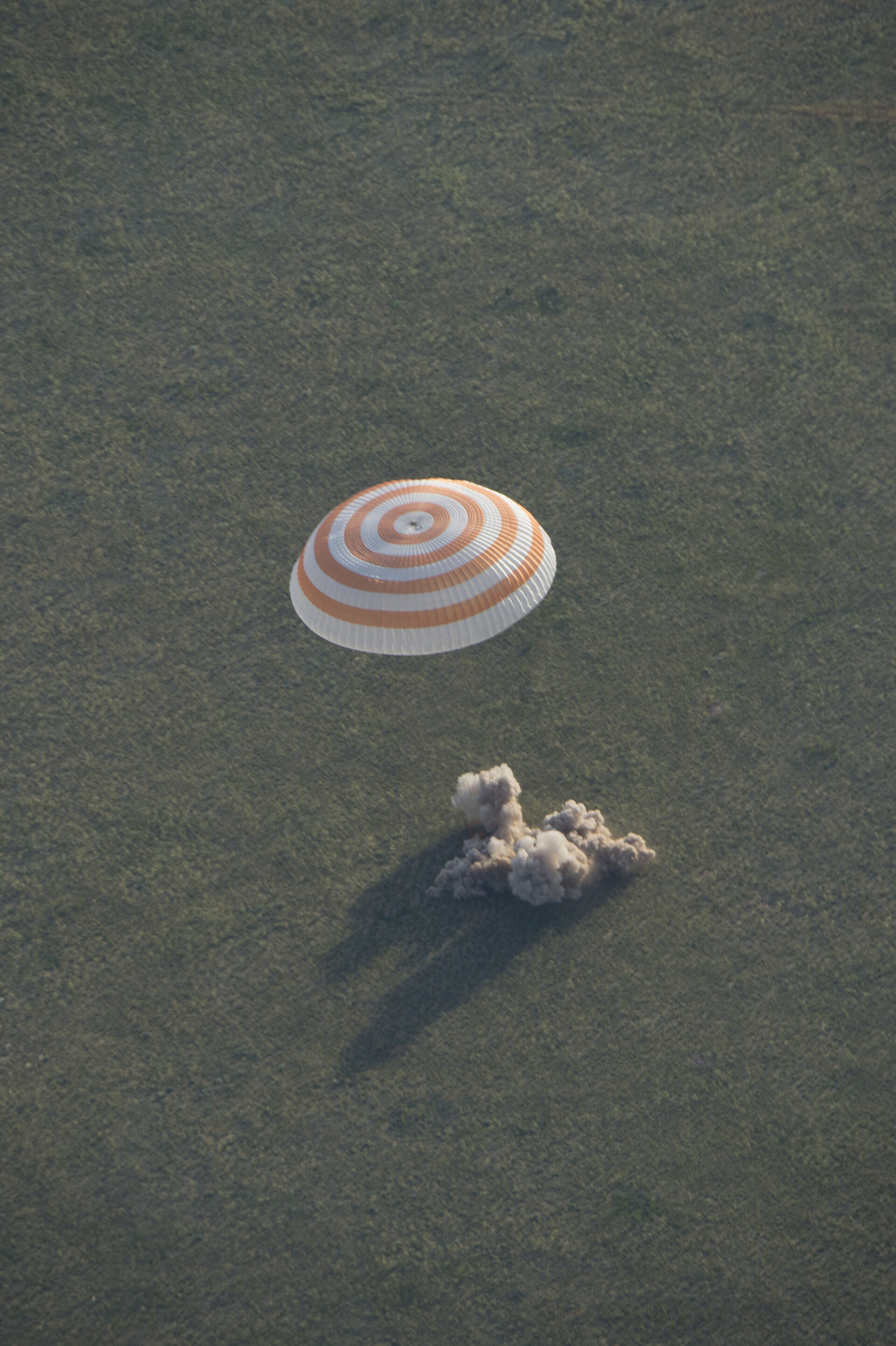 Landing of the Soyuz TMA-15M spacecraft

The Soyuz TMA-15M spacecraft is seen as it lands with Expedition 43 commander Terry Virts of NASA, cosmonaut Anton Shkaplerov of the Russian Federal Space Agency (Roscosmos), and Italian astronaut Samantha Cristoforetti from European Space Agency (ESA) near the town of Zhezkazgan, Kazakhstan on Thursday, June 11, 2015. Terry Virtz, Anton Shkaplerov, and Samantha Cristoforetti are returning after more than six months onboard the International Space Station where they served as members of the Expedition 42 and 43 crews.