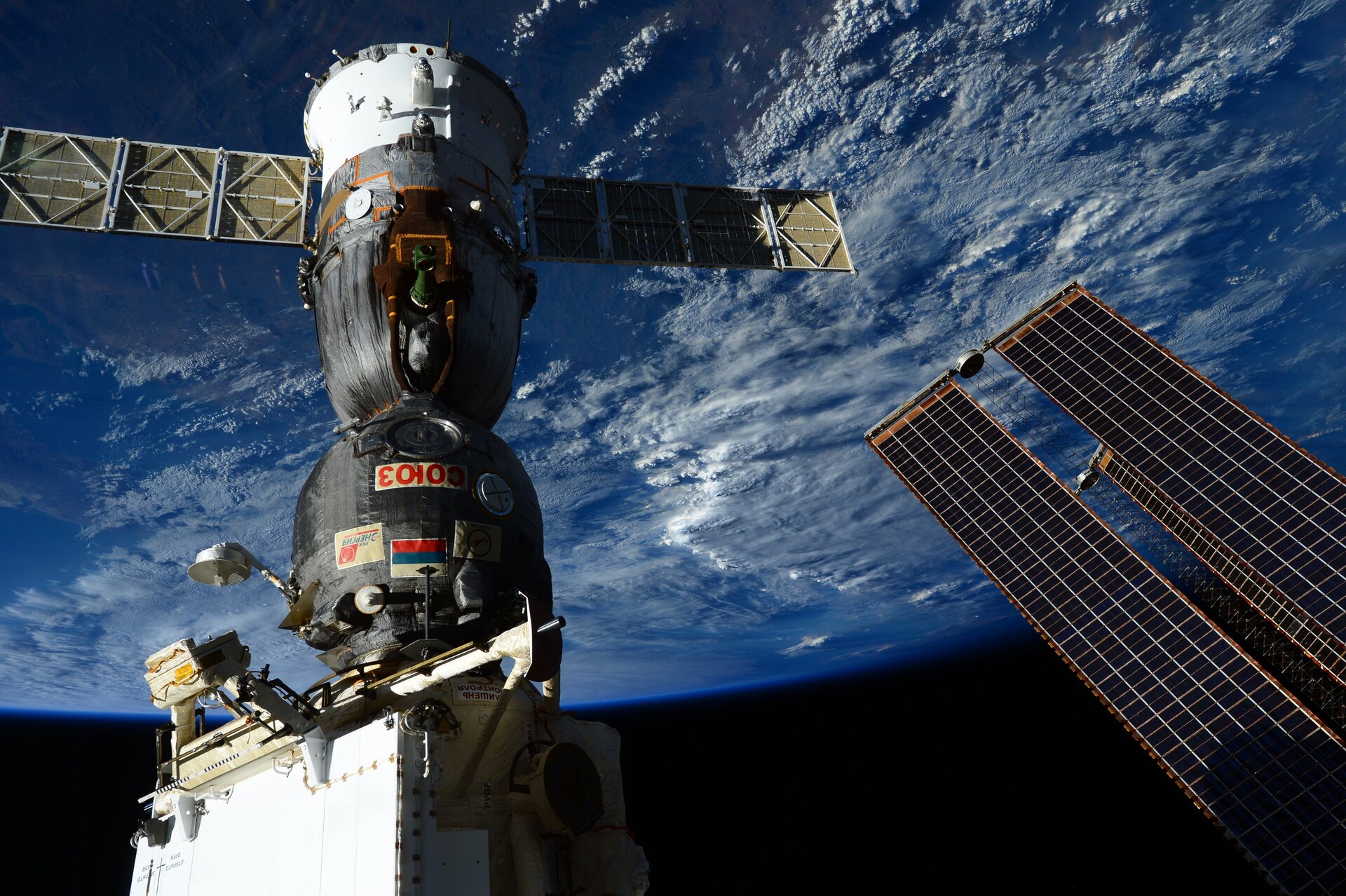 Since docking with the International Space Station on 24 November 2014, Soyuz TMA-15M has been waiting for its return flight to Earth. On Thursday, ESA astronaut Samantha Cristoforetti, NASA astronaut Terry Virts and cosmonaut commander Anton Shkaplerov will enter the spacecraft and close the hatch after 200 days in space.

Not much will remain of the craft once it lands on the Kazakh steppe some three hours after leaving the Space Station. The vessel will separate into three modules, with only the middle one designed to survive the extreme heat and forces of reentry. The sections sporting the solar wings, symbols and antenna will burn up harmlessly in the atmosphere.

When the trio slowly back away from the Station at around 10:20 GMT they will be travelling at 28 800 km/h relative to the ground. The Soyuz thrusters, parachutes and even springs will bring them to a halt with a thump at the end of their mission.

It is a bumpy ride, but a safe one. Each Soyuz comes with a ‘space warranty’ of 210 days, leaving TMA-15M with a comfortable margin as it comes home.

Samantha shared this image a few day's before returning to Earth with the comment: "Here she is, our Soyuz. It's been sleeping for over six months, it's time to wake her up. On Monday: thrusters test."