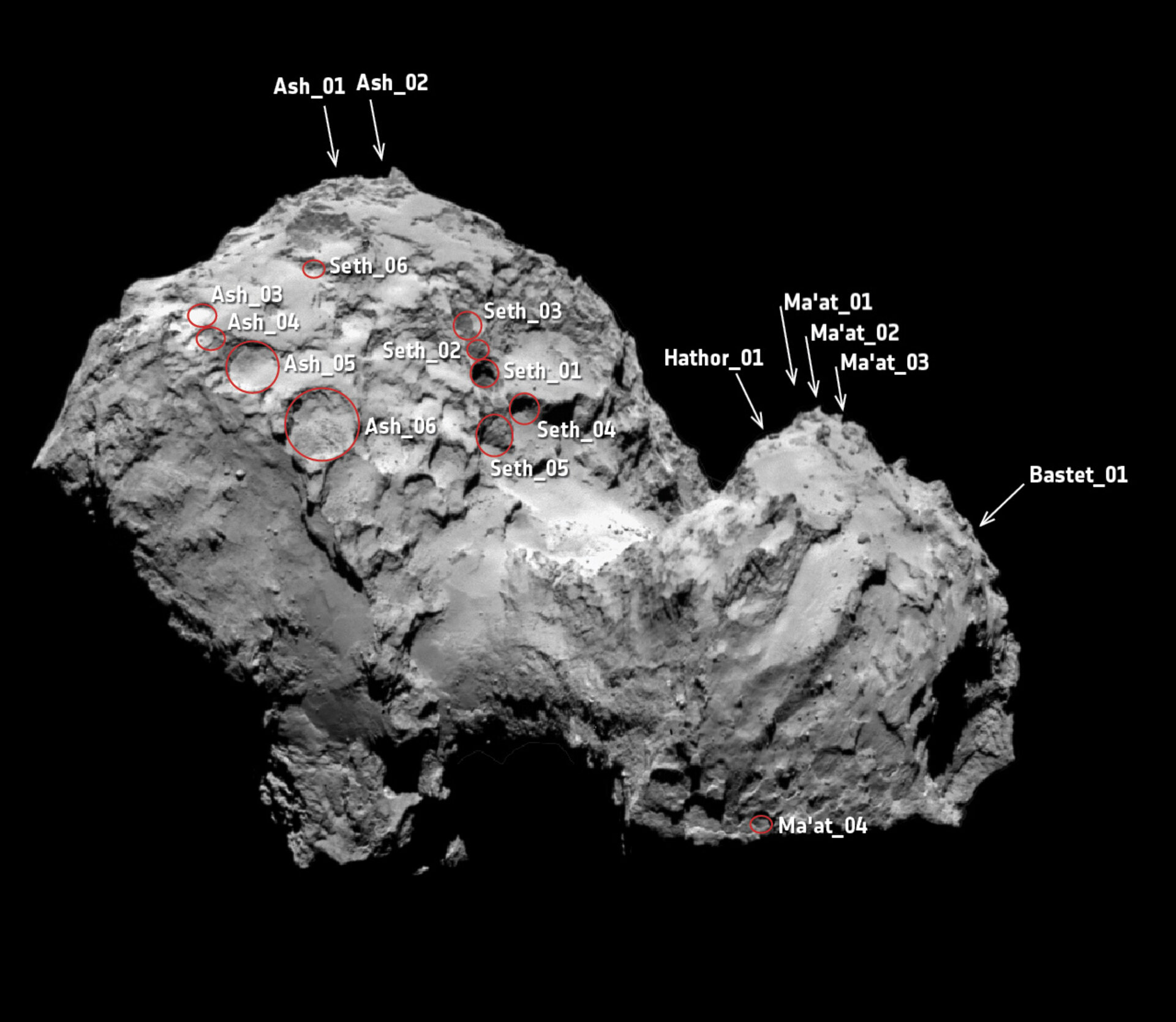 Eighteen pits have been identified in high-resolution OSIRIS images of Comet 67P/Churyumov–Gerasimenko’s northern hemisphere. The pits are named after the region they are found in, and some of them are active.

The context image was taken on 3 August 2014 by the narrow-angle camera from a distance of 285 km; the image resolution is 5.3 m/pixel.