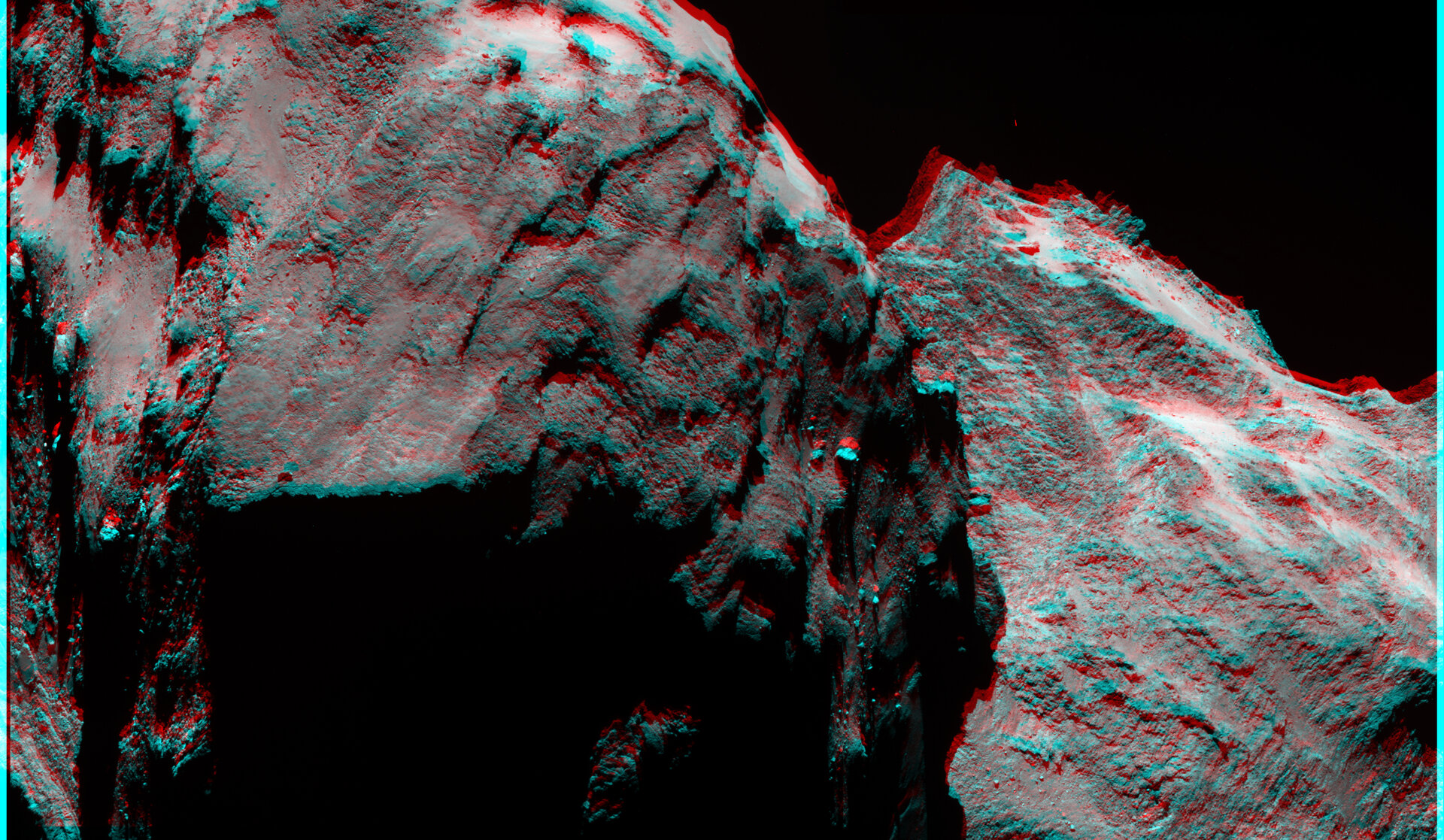 Apis and Atum in 3D

Anaglyph image looking at the Apis and Atum regions on Comet 67P/Churyumov–Gerasimenko’s large lobe in the foreground, with parts of the small lobe in the background.

To best enjoy the 3D effect, use red–blue/green 3D glasses.

The original image is a mosaic of two OSIRIS narrow-angle camera images, thus the anaglyph version comprises four images. The images were acquired on 5 September 2014 when Rosetta was about 40 km from the surface of the comet. See here for non-anaglyph version.