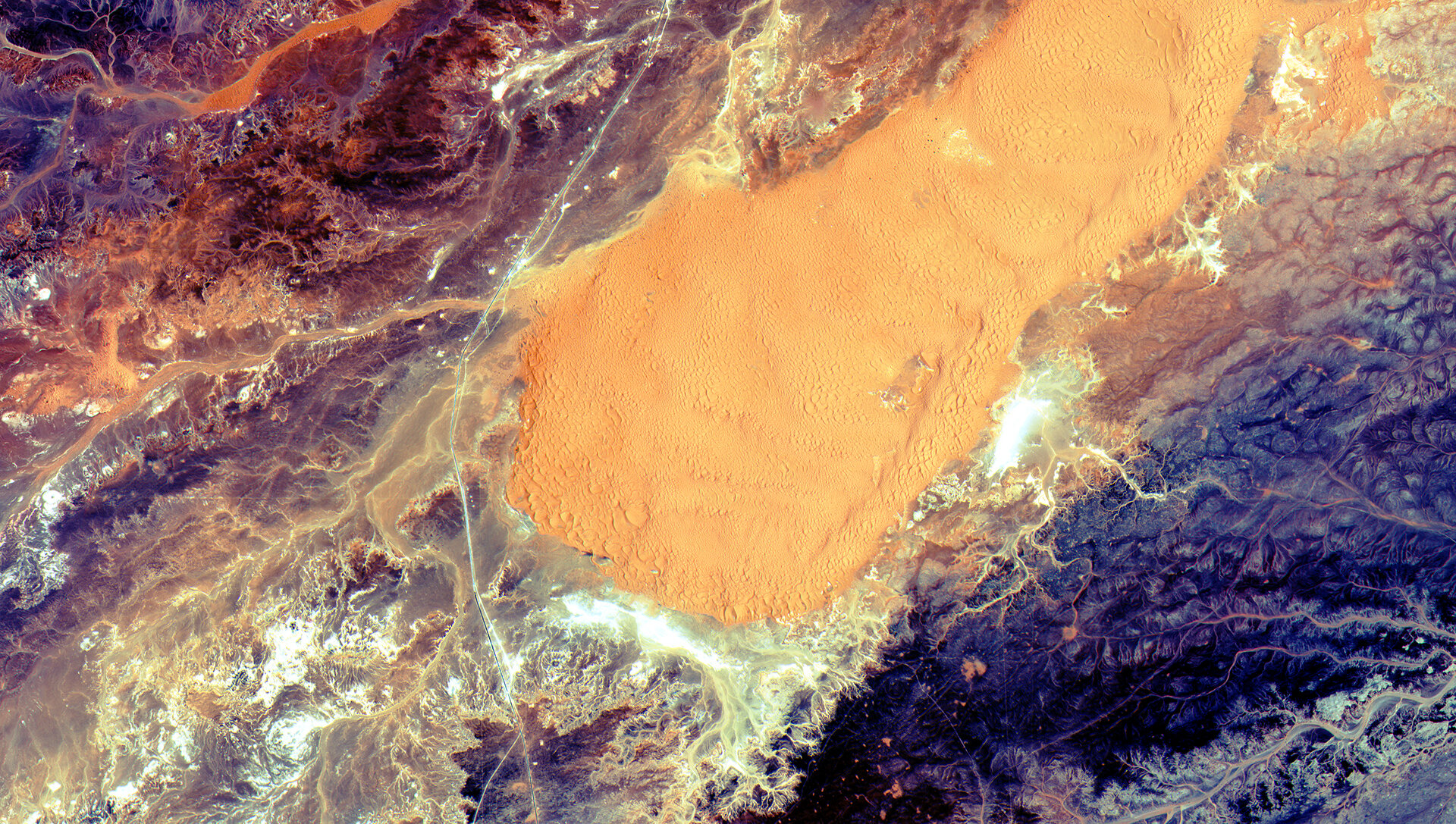 The sandy and rocky terrain of the Sahara desert in central Algeria was captured in this image by the Sentinel-2A satellite.

The largest country in Africa, more than 90% of Algeria is covered by the Sahara desert. Major oil and natural gas deposits lie beneath the Sahara, contributing to Algeria’s position as one of the wealthiest African nations.

In its entirety, the Sahara stretches from the Atlantic Ocean to the Red Sea and is centred on the Tropic of Cancer. It is the world’s largest hot desert, covering an area of about 9 million sq km over parts of Algeria, Chad, Egypt, Libya, Mali, Mauritania, Morocco, Niger, Tunisia and Sudan.

The area pictured here is about 90 km south of the El Ménia oasis – also known as El Goléa – in Algeria’s Ghardaïa province.

Running north to south just left of the large sand dune at the centre, we can see a road that connects El Ménia to Ain Salah to the south, which was once an important link on the trans-Saharan trade route.

The heat and lack of water render vast desert areas highly unwelcoming, making satellites the best way to observe these environments on a large scale. In addition, optical imagery of deserts from space is arguably the most fascinating: the diversity and untouched state of these landscapes produce unique and striking scenes.

Sentinel-2A was launched on 23 June from Europe’s Spaceport in French Guiana. Although the satellite’s multispectral imager is still being calibrated, it delivered a spectacular first scan of Earth on 27 June, which included the area pictured here.

While providing detailed information about Earth’s vegetation, the Sentinel-2 mission will play a key role in mapping differences in land cover to understand the landscape, map how it is used and monitor changes over time.

It will also provide measurements of water quality and detect changes in water bodies, supporting the sustainable management of water resources – an invaluable tool for arid areas where water is scarce.