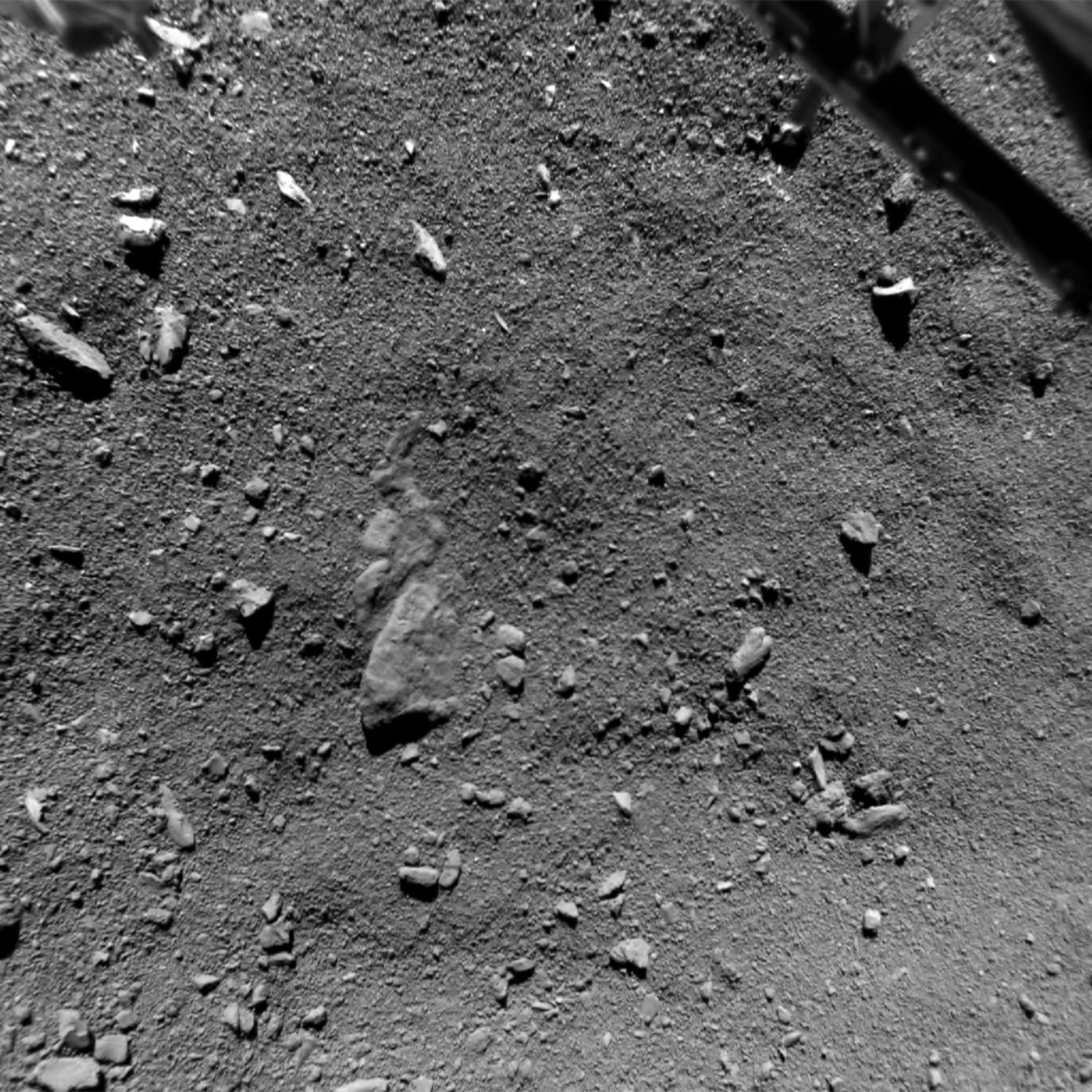 This image was taken by Philae’s ROsetta Lander Imaging System, ROLIS 9 m above the Agilkia landing site on the small lobe of Comet 67P/Churyumov–Gerasimenko. The image was acquired at 15:33:58 GMT on 12 November 2014. The image measures 9.7 m across and the image scale is 0.95 cm/pixel. Part of Philae’s landing gear can be seen in the top corners.

This detailed image reveals the granular texture of the comet’s surface down to the cm scale, with fragments of material of diverse shapes and random orientations seen in clusters or alone. The regolith in this region is thought to extend to a depth of 2 m in places, but seems to be free from very fine-grained dust deposits at the resolution of the images.