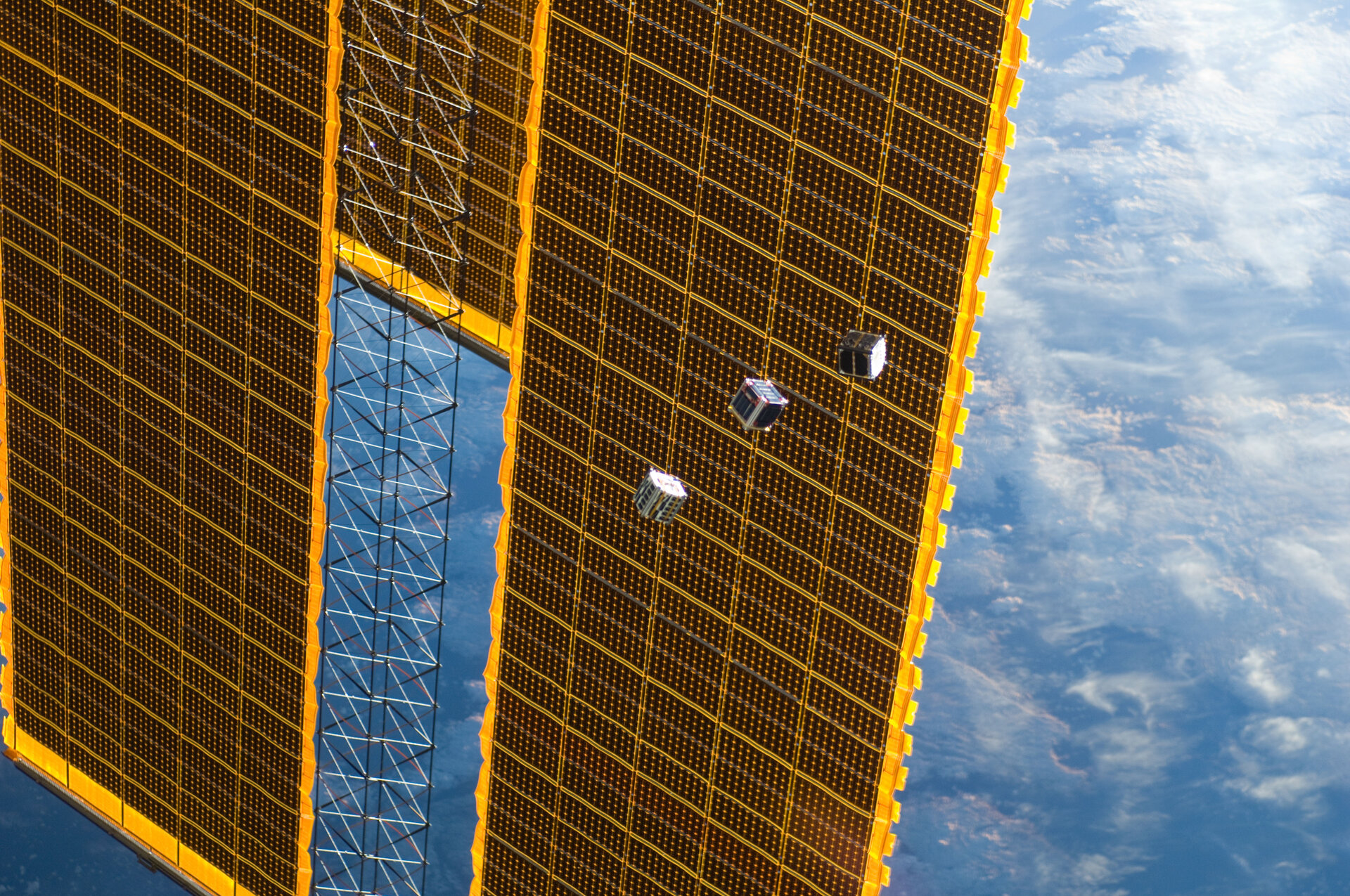 ISS033-E-009286 (4 Oct. 2012) --- Several tiny satellites are featured in this image from the International Space Station. The satellites were released outside the Kibo laboratory using a Small Satellite Orbital Deployer attached to the Japanese module's robotic arm on 4 October 2012. Japanese astronaut Aki Hoshide set up the deployment gear inside the lab and placed it in the Kibo airlock. The Japanese robotic arm then grappled the deployment system and its satellites from the airlock for deployment. A portion of the Station’s solar wings and part of Earth provide the backdrop for the scene.