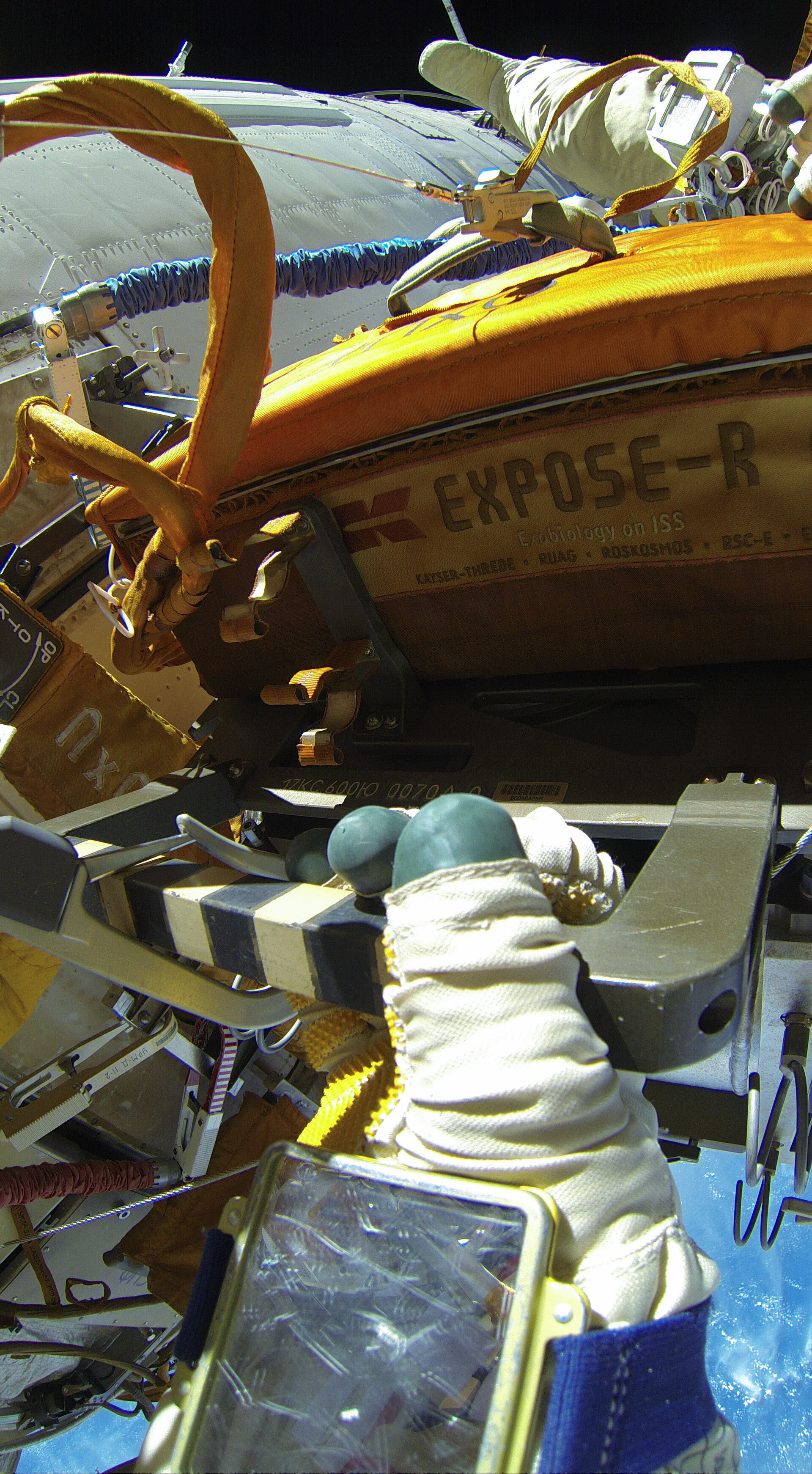 Spacewalking cosmonauts Alexander Skvortsov and Oleg Artemyev installed ESA’s Expose-R2 facility on the outside of the Zvezda module on 18 August 2014, where it will stay for 18 months.

Forty-six species of bacteria, fungi and arthropods are spending 18 months bolted to the outside of the International Space Station where the vacuum of space is sucking out the water, oxygen and other gases in the samples. Their temperature can drop to –12°C as the Station passes through Earth’s shadow, rising to 40°C at other times, and undergoing a similar process to the freeze-drying used to preserve foods.