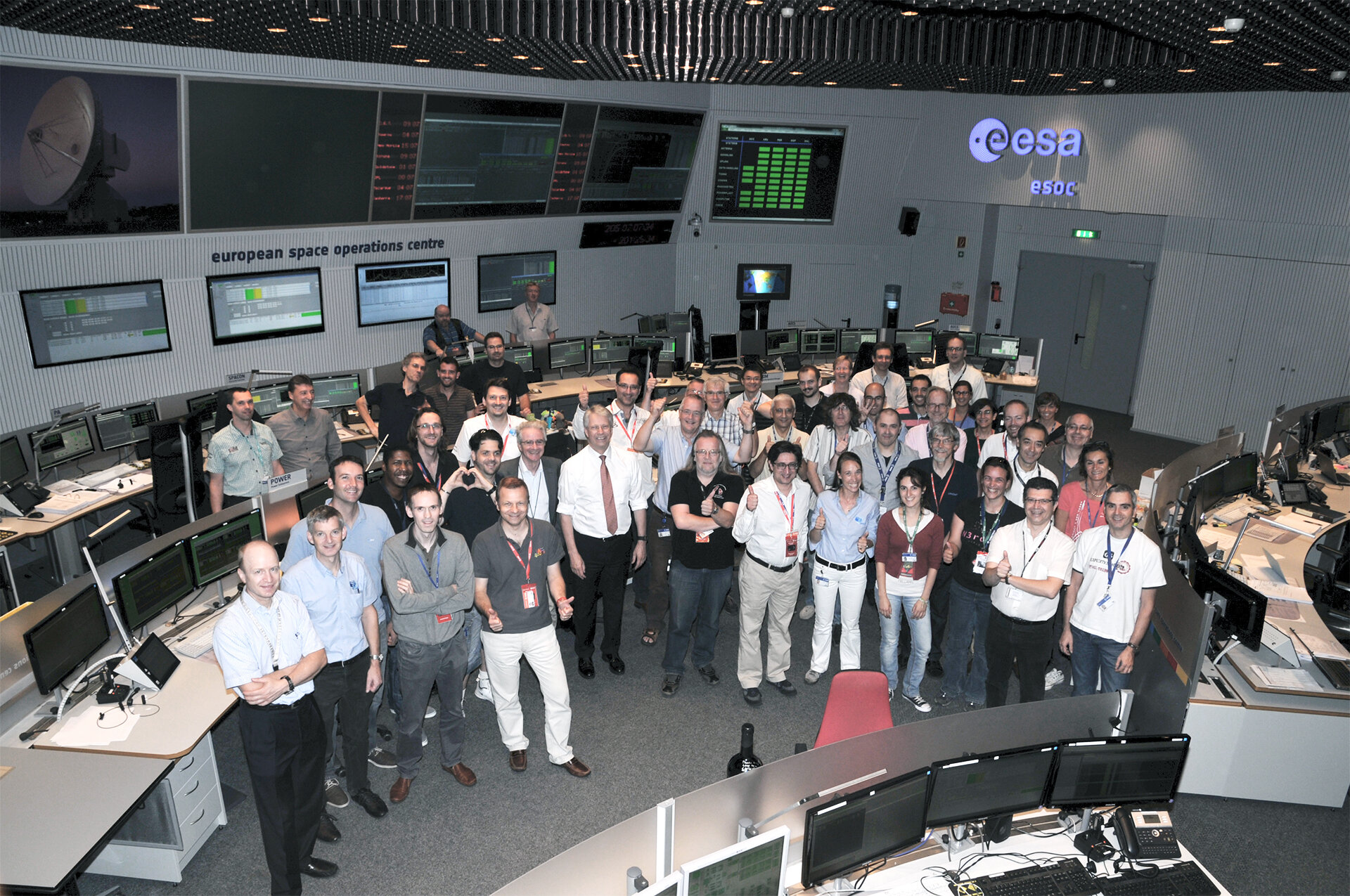 MSG-4 had been operated from ESA’s European Space Operations Centre, ESOC, in Darmstadt, Germany, since it separated from an Ariane rocket shortly after launch on 15 July.

A team of operations engineers, software and ground station specialists and flight dynamics experts worked round the clock to shepherd the satellite through its first dozen days in space – the critical launch and early orbit phase – on Eumetsat’s behalf.

During this period, the satellite was moved into geostationary orbit and various elements of its platform were activated and checked. This included critical manoeuvres such as firing the apogee thrusters, changing the satellite’s orientation and unlocking the camera’s scan mirror.

In this photo, taken Friday, 24 July, the mission control team gathered in the Main Control Room at ESOC to celebrate adding ‘MSG-4’ to the mission history wall.

Now in its planned geostationary slot some 36 000 km above Europe, MSG-4 will go through payload commissioning to serve as the in-orbit ‘hot backup’ to its three sibling satellites, MSG-1 to -3. All are used for weather forecasting, and play a crucial role in ‘nowcasting’ high-impact weather events and climate research.

They are operated by Eumetsat, with ESA responsible for their design, development and in-orbit delivery.