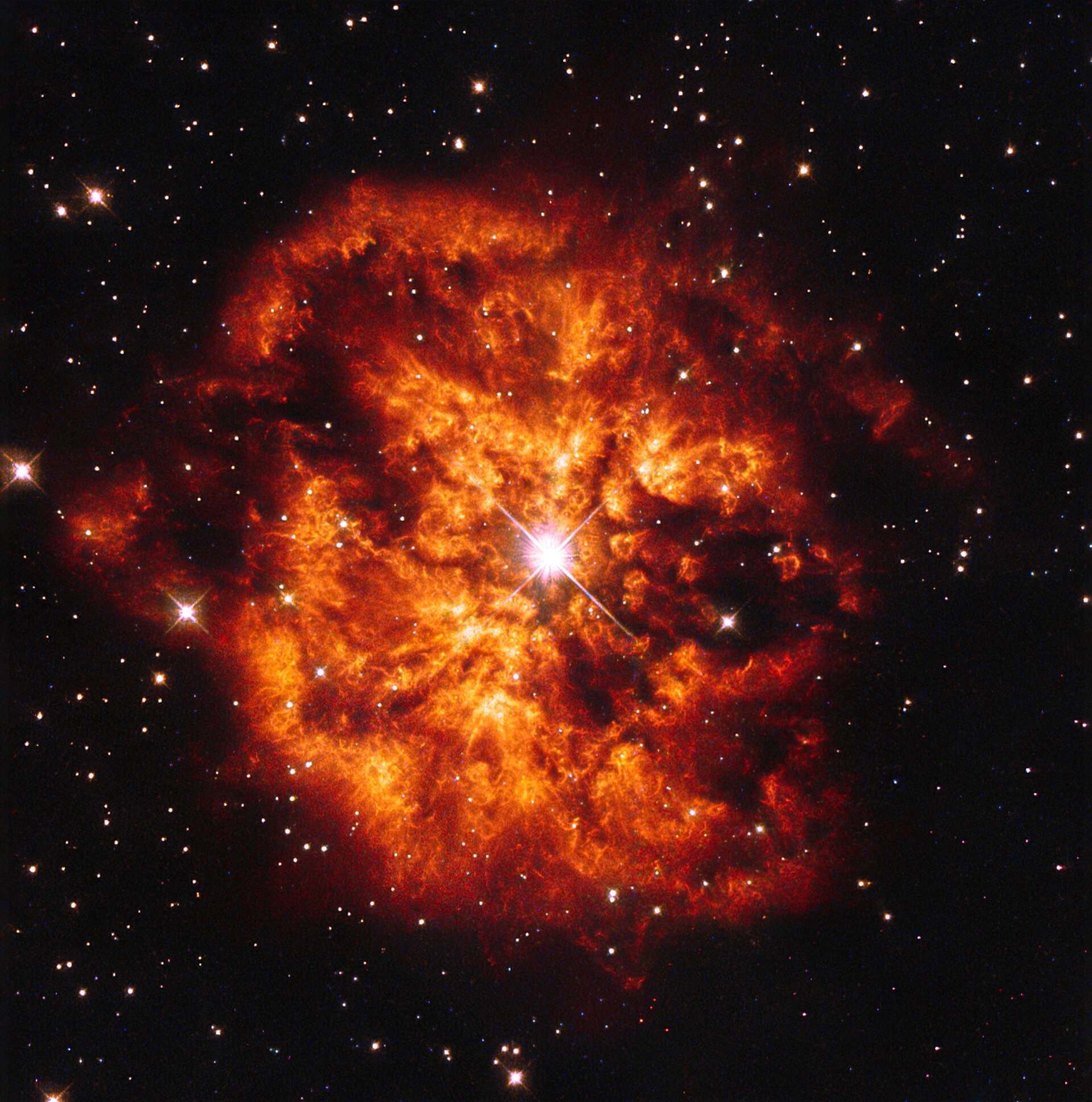 Here we see the spectacular cosmic pairing of the star Hen 2-427 — more commonly known as WR 124 — and the nebula M1-67 which surrounds it. Both objects, captured here by the NASA/ESA Hubble Space Telescope are found in the constellation of Sagittarius and lie 15 000 light-years away.

The star Hen 2-427 shines brightly at the very centre of this explosive image and around the hot clumps of gas are ejected into space at over 150 000 kilometres per hour.

Hen 2-427 is a Wolf–Rayet star, named after the astronomers Charles Wolf and Georges Rayet. Wolf–Rayet are super-hot stars characterised by a fierce ejection of mass.

The nebula M1-67 is estimated to be no more than 10 000 years old — just a baby in astronomical terms — but what a beautiful and magnificent sight it makes.

A version of this image was released in 1998, but has now been re-reduced with the latest software.