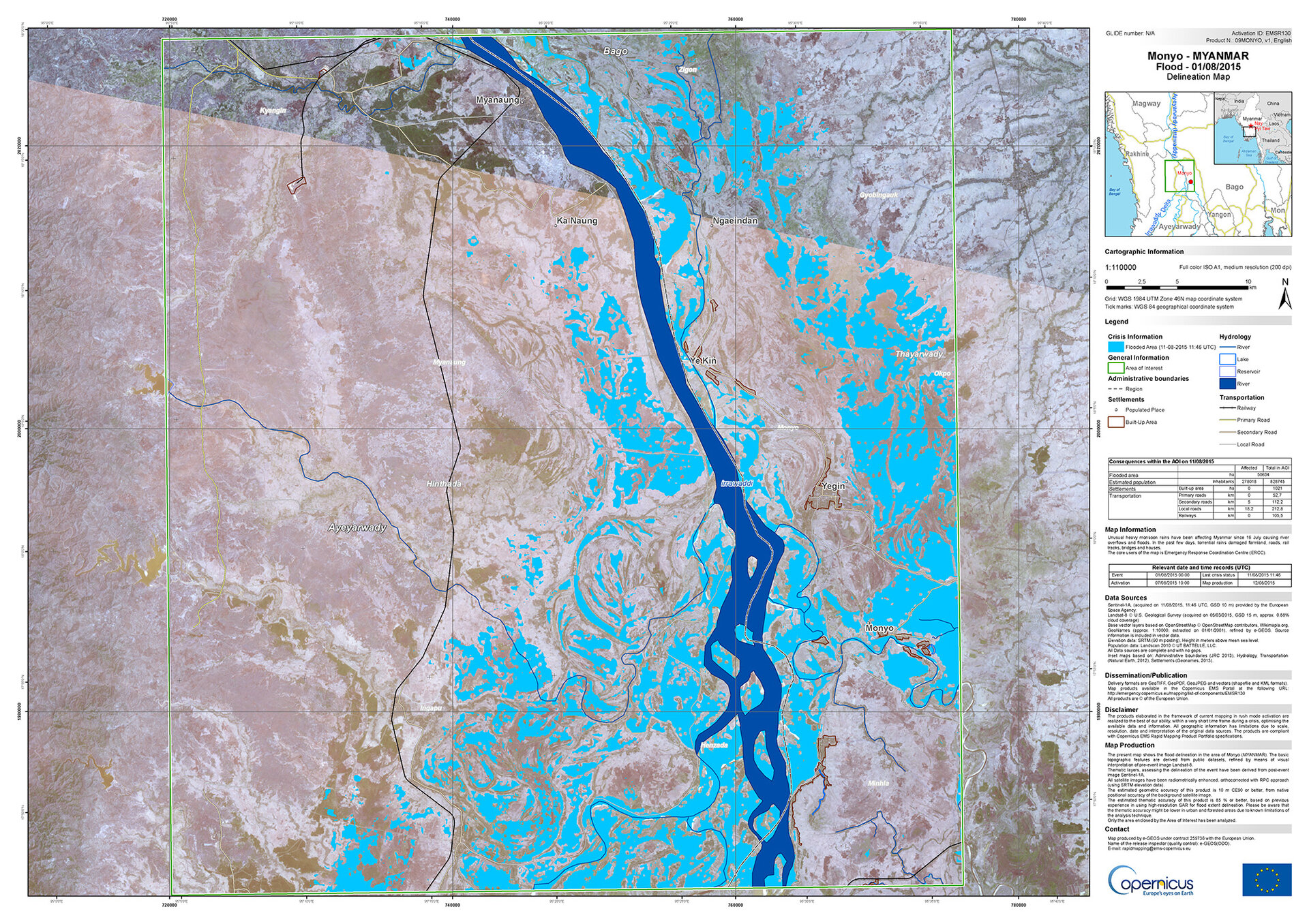 Since mid-July, more than a million people have been severely affected by monsoon floods and landslides in Myanmar. What is the current situation?

Sentinel-1A’s radar scanned the disaster area on 11 August as a result of an emergency activation opened by the Copernicus Emergency Management Service (EMS) to the Rapid Emergency Activation for Copernicus Tasking (REACT) service, managed by ESA. The images have been used by EMS to map the affected area and derive a clearer picture of the flood.

These images were compared to others captured by Landsat-8 on 5 March 2015.

One of the resulting maps clearly shows the extent of the flood around the small town of Monyo.

More than 278 100 hectares of farmland have been damaged throughout the entire country. Special equipment and seeds are needed for farmers to replant.

While the water has receded in some areas, many roads and bridges were destroyed in the worst affected states and regions. Transportation remains a challenge for continuing assessments and delivering assistance.

Residents raced to build sandbag defences along the Irrawaddy River, in the country’s southwest, as floodwaters raised the powerful waterway. Dozens of villages are being swamped as the waters drain from further north.

REACT handles requests from Copernicus users for Earth observation data over disaster areas to be acquired and delivered as soon as possible.

Sentinel-1A was the first satellite launched for Europe’s Copernicus programme, in April 2014. Its radar can see through clouds and in the dark, which is particularly useful for mapping floods because they are usually accompanied by cloudy conditions.