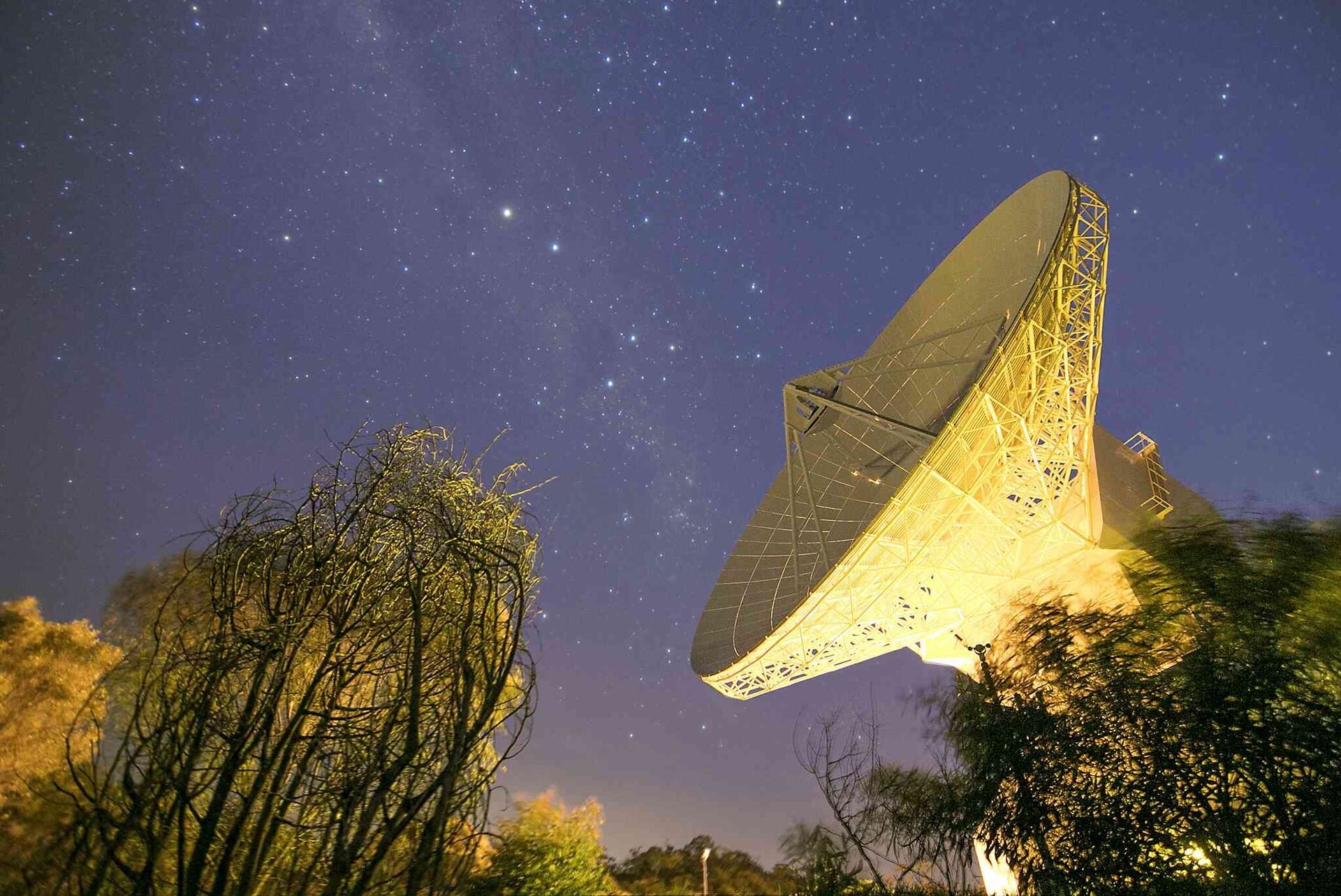 This image shows the 35 m-diameter dish antenna of ESA’s deep-space tracking station at New Norcia, Australia, illuminated by ground lights against the night sky on 3 August 2015.

New Norcia (DSA-1) is part of the Agency’s Estrack ground station network; it is located 140 km north of Perth, Western Australia, about 8 km from the town of New Norcia.

Estrack is a global system of ground stations providing links between satellites in orbit and the European Space Operations Centre, Darmstadt, Germany. The core network comprises 10 stations in seven countries.

The essential task of all ESA tracking stations is to communicate with spacecraft, transmitting commands and receiving scientific data and spacecraft status information.

In recent years, Estrack has supported missions operated by China and Russia, as well as tracking the descent of NASA rovers to the surface of Mars.

This global cooperation allows all agencies to make use of a wide number of ground stations in geographically advantageous locations, maximising efficiency and boosting scientific returns for all.

In 2015, Estrack turns 40 and will celebrate four decades of linking people with spacecraft travelling to the frontiers of human knowledge.

To help mark this milestone, ESA is hosting the ‘Estrack 40th Anniversary Sound Contest’ and is inviting composers to submit their audio compositions, one of which will be selected as the new theme audio for Estrack (see link below for details).