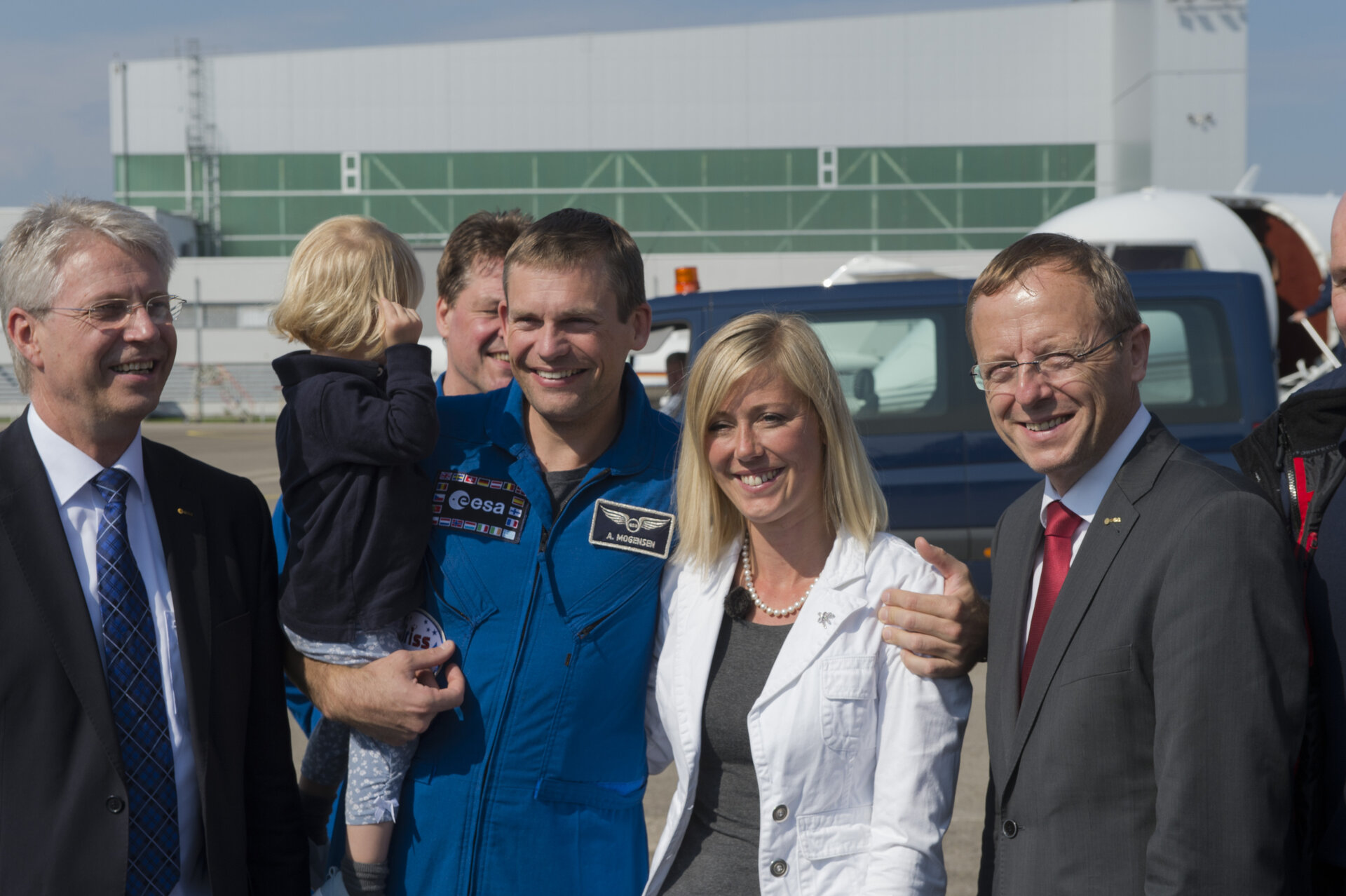 ESA astronaut Andreas Mogensen being welcomed back by his family and Jan Wörner, ESA Director General, at Cologne’s airport in Germany on 12 September 2015.