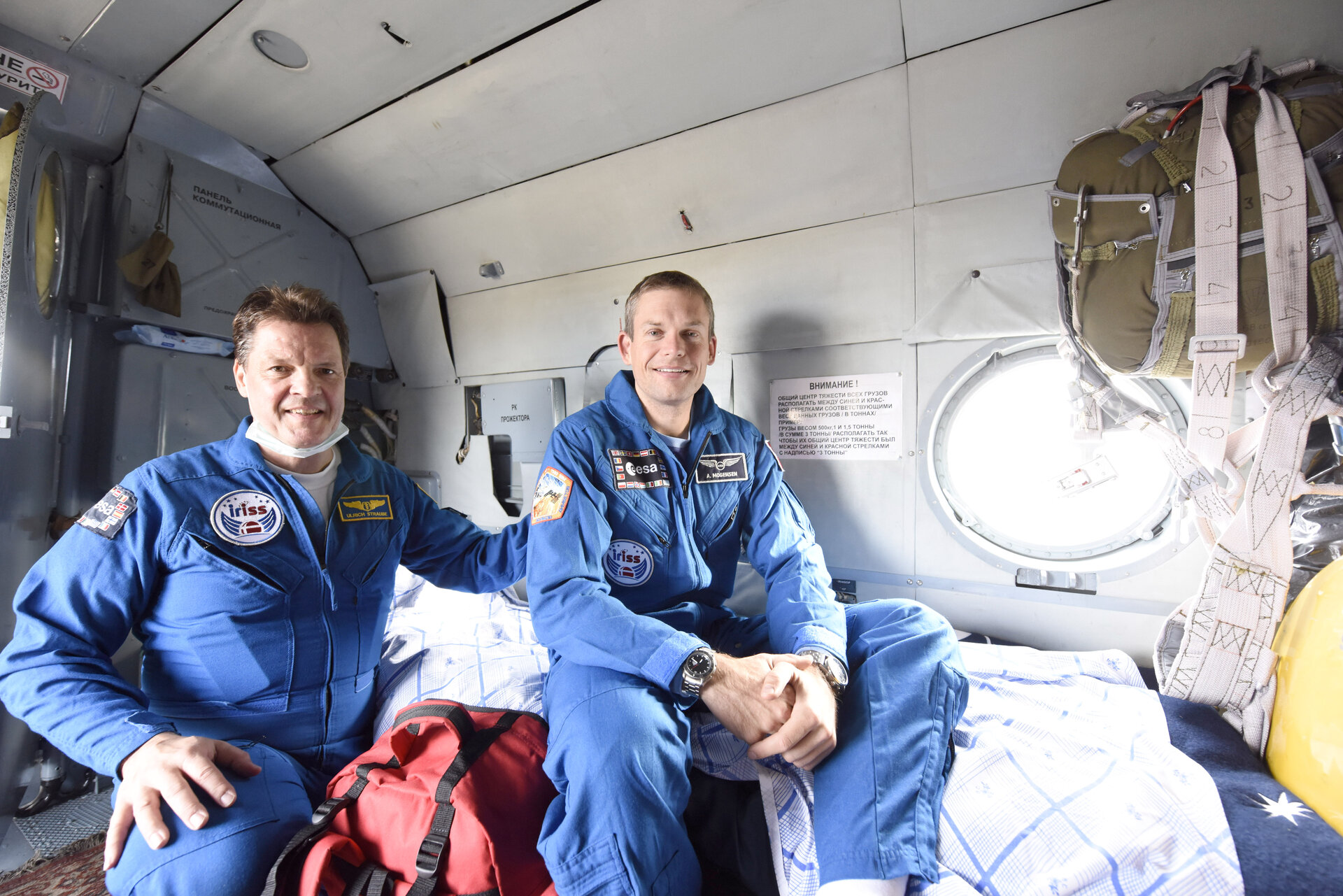 Andreas in a recovery helicopter shortly after landing

Andreas Mogensen, Soyuz spacecraft commander Gennady Padalka and Kazakh cosmonaut Aidyn Aimbetov landed 12 September 2015 at 00:51 GMT (02:51 CEST) in the steppe of Kazakhstan, marking the end of their missions to the International Space Station.