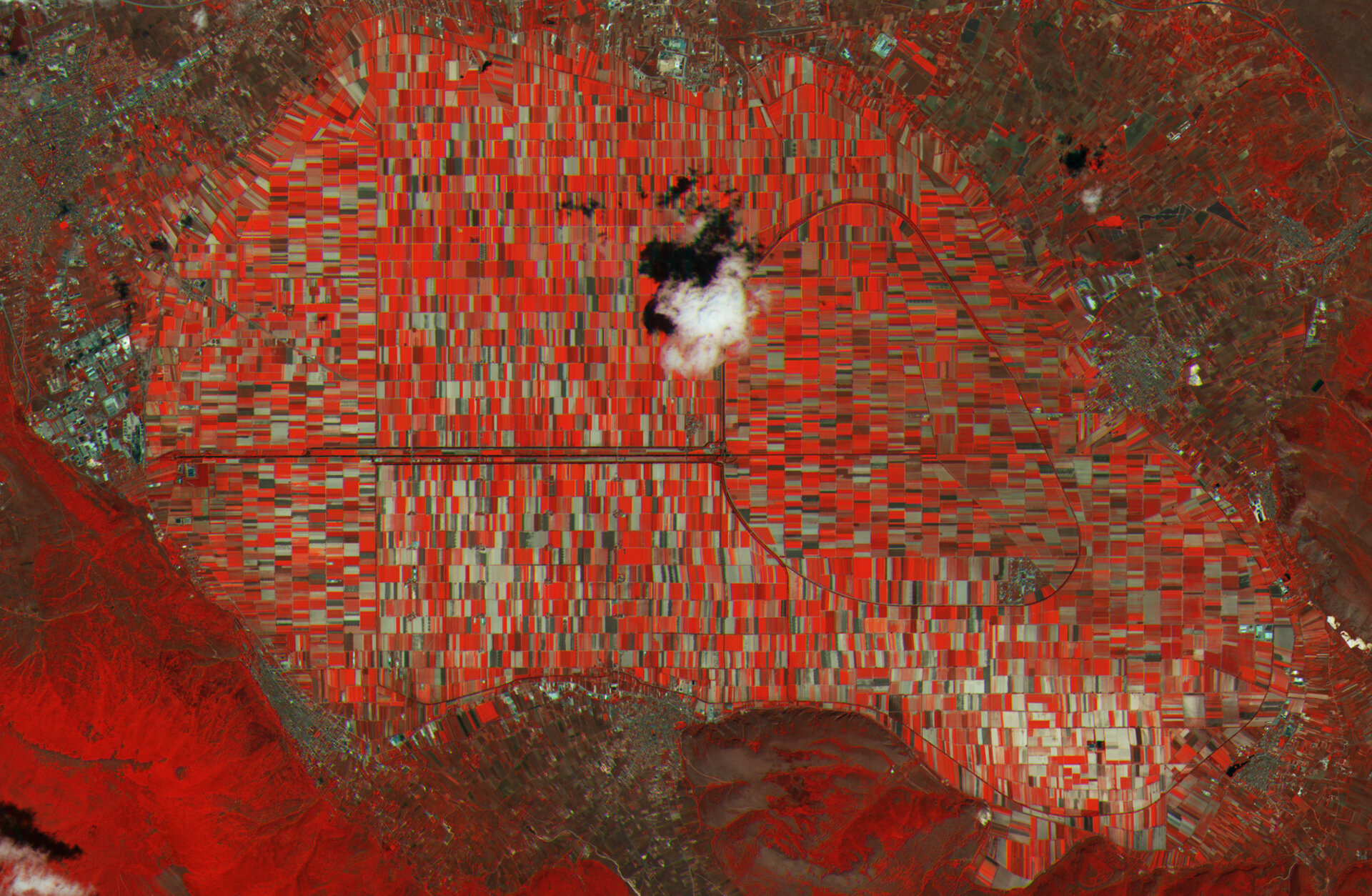 The varying shades of red and other colours across the entire image indicate how sensitive the satellite’s multispectral camera is to differences in vegetation cover and chlorophyll content. This is used to provide key information on plant health.

For this image, the brighter reds indicate more photosynthetically active vegetation, as seen in many of the fields and along the Roveto Valley Abruzzi mountain range in the lower left.

In the very centre of the image a cloud and its shadow are clearly visible over the plain.

On the central left side we can make out an industrial area, whereas the town of Avezzano is just further north.

The entire area in the centre is where the Fucino Lake used to be. The Romans founded settlements on its banks as the lake provided fertile soil and a large quantity of fish. However, the lake was believed to harbour malaria, and, not having a natural outflow, it repeatedly flooded the surrounding arable land.

In 1862 Prince Alessandro Torlonia commissioned a Swiss engineer to drain what was once Italy’s third largest lake. A 6.3 km-long and 21 m-wide canal was dredged. By 1875 the lake was completely drained, and the resulting plain is one of Italy’s most fertile regions today.

A canal is clearly visible running horizontally across the centre of the image.

In the lower-right section of the plain is a cluster of dots surrounded by fields: the Fucino Space Centre, one of the largest civil space centres in the world, a node for missions operations.

The dots are the 100 antennas sited on an extension of 370 000 sq m. Fucino also hosts one of the control centres that will manage the 30 satellites and the operational activities of Galileo, the European satellite navigation system.

This image, captured on 8 July by Sentinel-2A, is featured on the Earth from Space video programme.