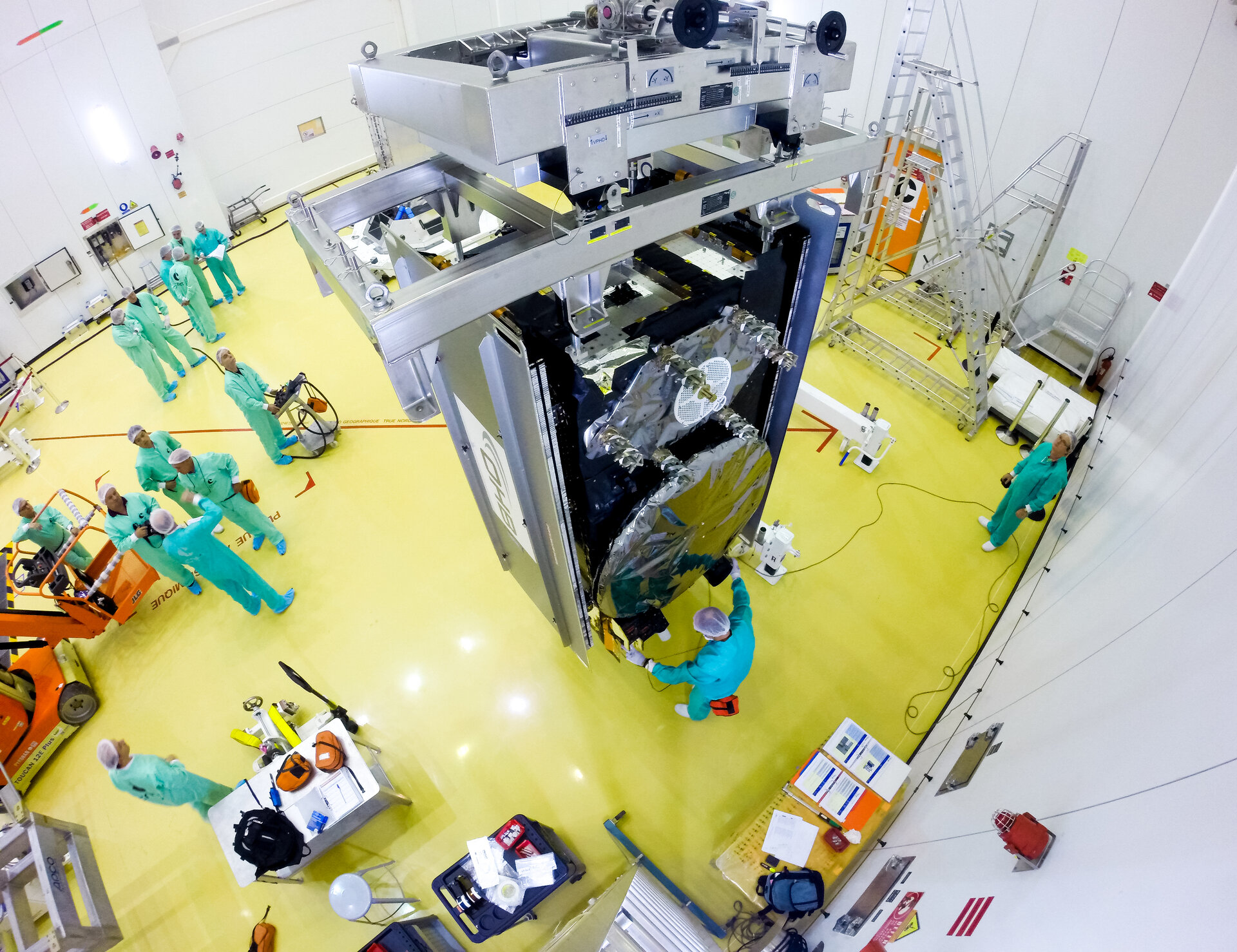 First of two Galileo navigation satellites 9-10 being attached to the payload dispenser system, which will first secure the satellites during their flight to medium-altitude orbit and then release them into space. The satellites were hoisted into position and secured during 27–28 August 2015.