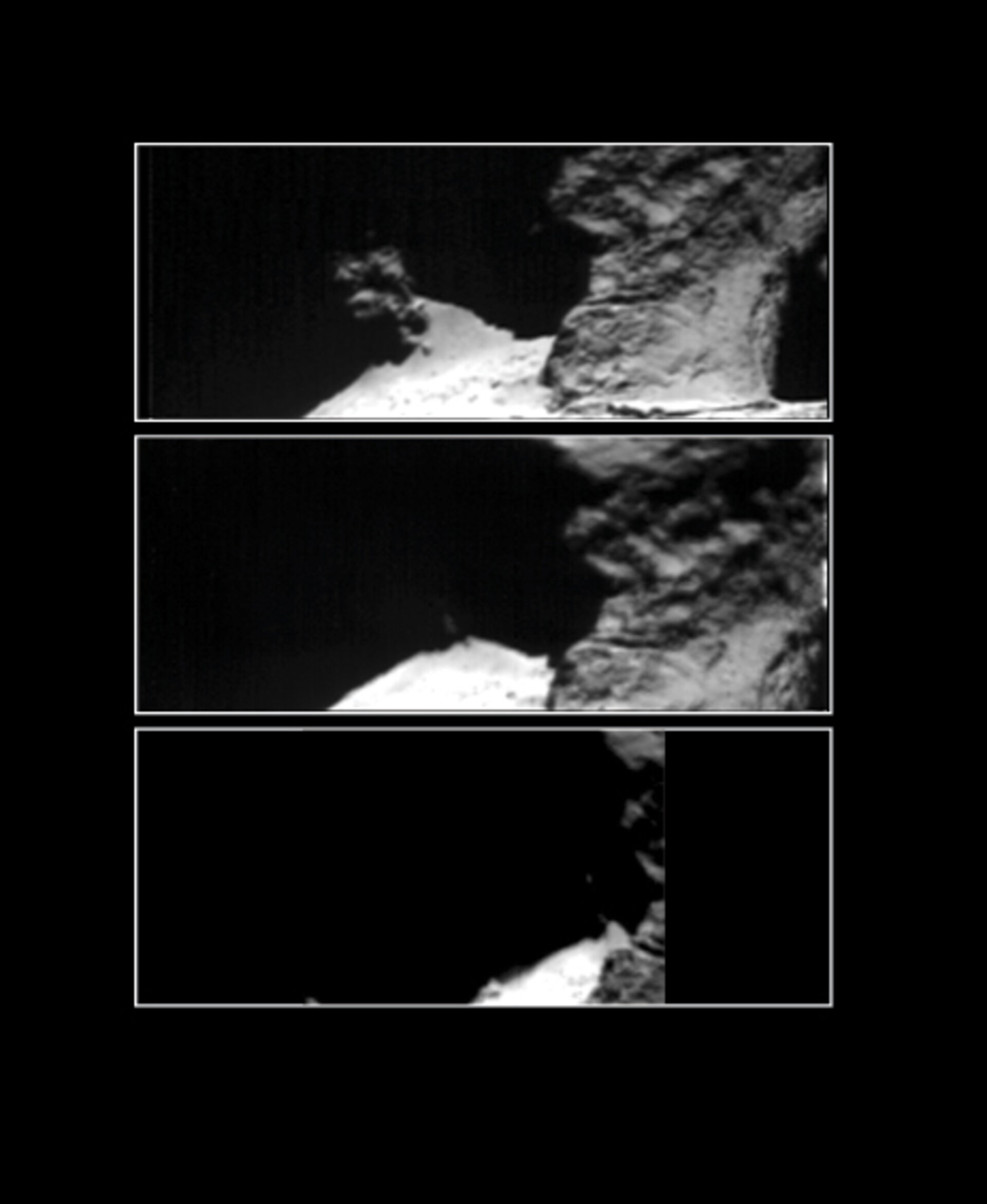 Comet 67P/Churyumov–Gerasimenko 12–14 September 2014 taken with Rosetta’s Visible, InfraRed and Thermal Imaging Spectrometer, VIRTIS on 12 (top), 13 (middle) and 14 September (bottom), in the optical band at 0.7 micron. The images focus on Hapi, a region on the comet's ‘neck’, one of the most active spots on the nucleus at the time.

Owing to the complex topography of the comet, the illumination conditions are different in each of the three images, as shown by the shadows covering different patches on the surface.

Using infrared spectra taken at the same time with VIRTIS, scientists identified water ice repeatedly appearing and disappearing, visible only on patches of the surface that were in shadow. This suggests that the water ice undergoes a daily cycle, forming during the local night from the sublimation of subsurface material and disappearing on the next comet day, just after local dawn.