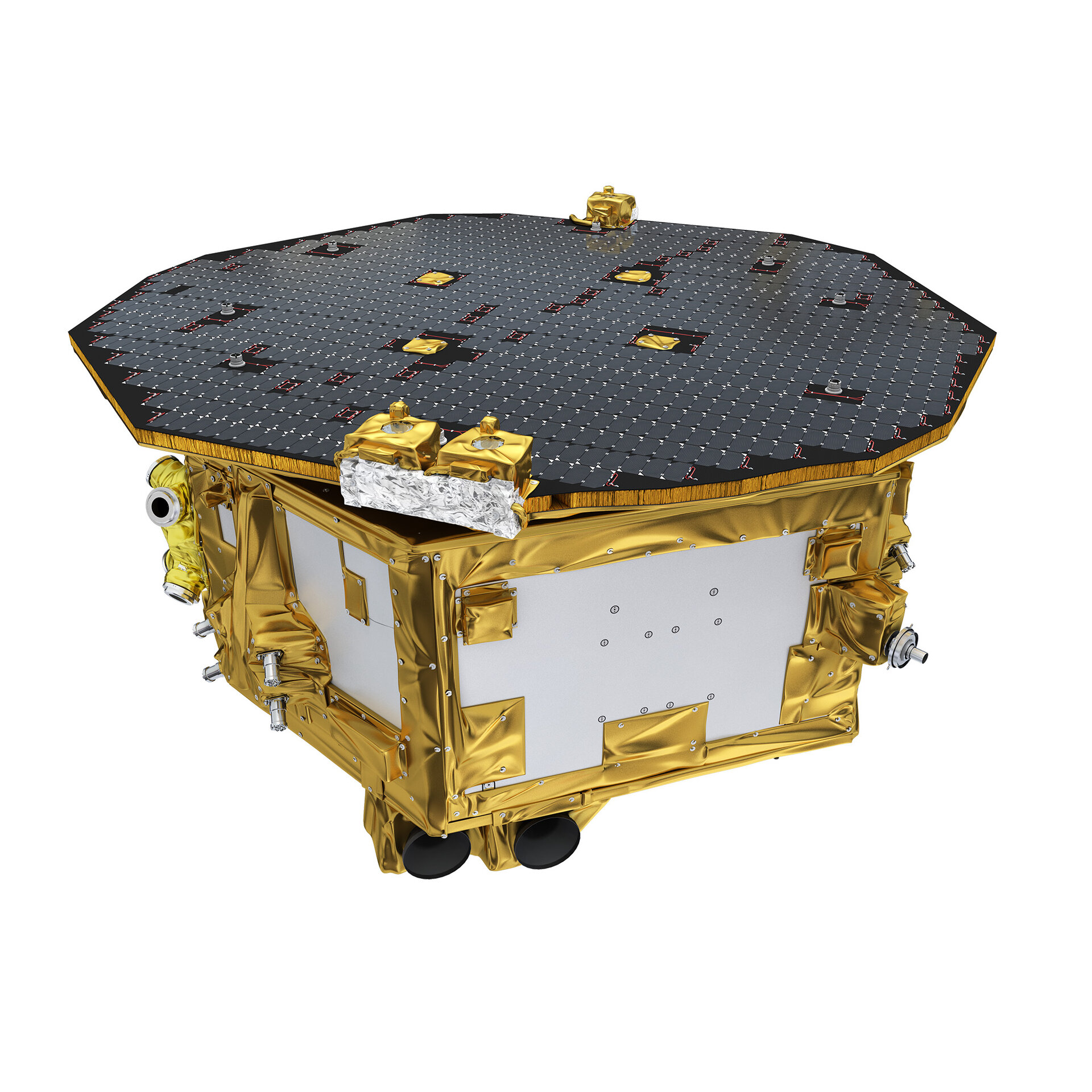 The small appendages seen on the outside of the module are micronewton thrusters, which continually apply miniscule amounts of force to move the spacecraft and keep it centred on the master test mass.

The solar array provides the spacecraft with solar power and shields it from the Sun.