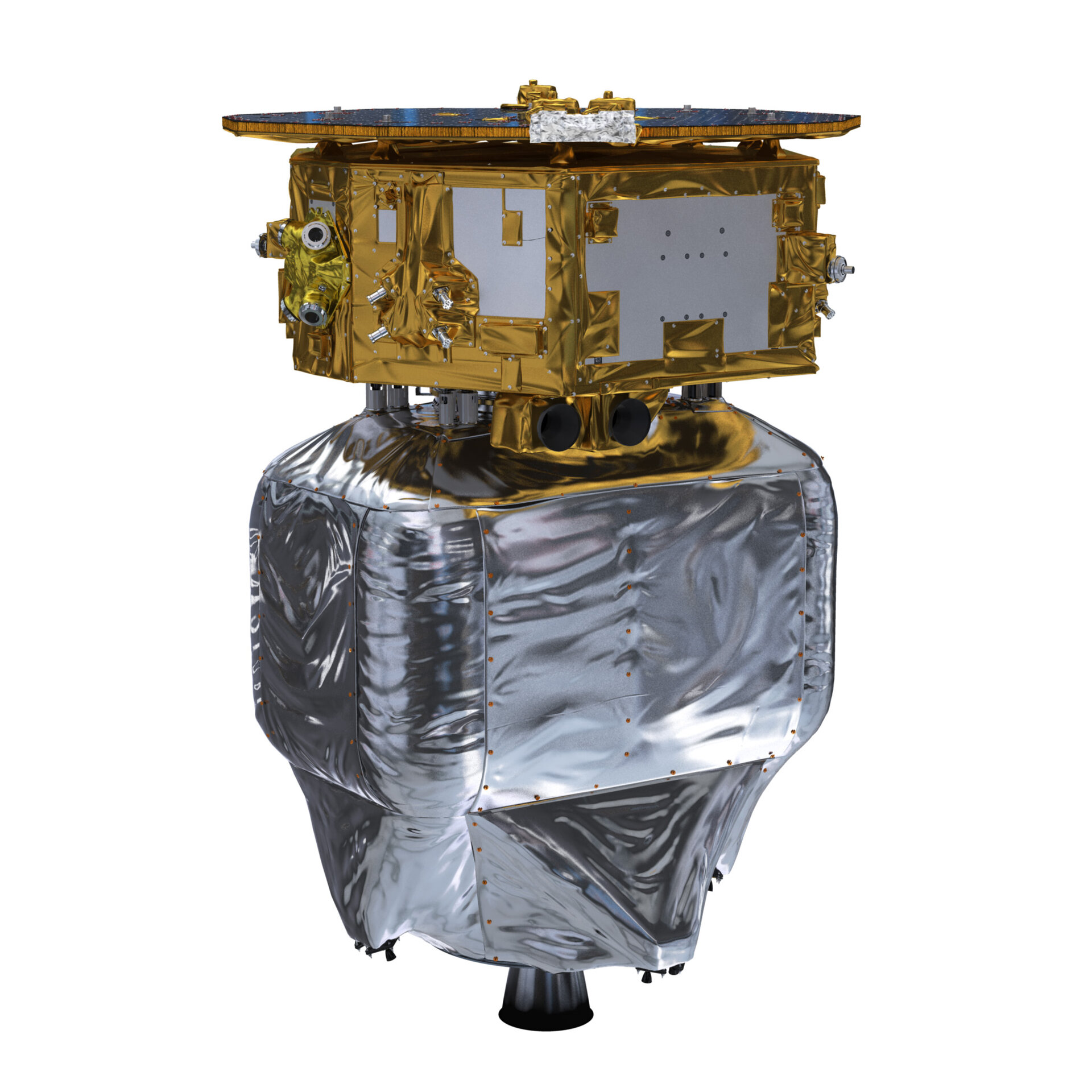 The science module has an outer diameter of 231 cm, a height of 96 cm and contains many of the spacecraft’s key payload components.

After being transported to low orbit by ESA’s Vega rocket, LISA Pathfinder will use its propulsion module to raise its orbit and then to travel some 1.5 million km through space to reach its final destination: the L1 Sun–Earth Lagrangian point.