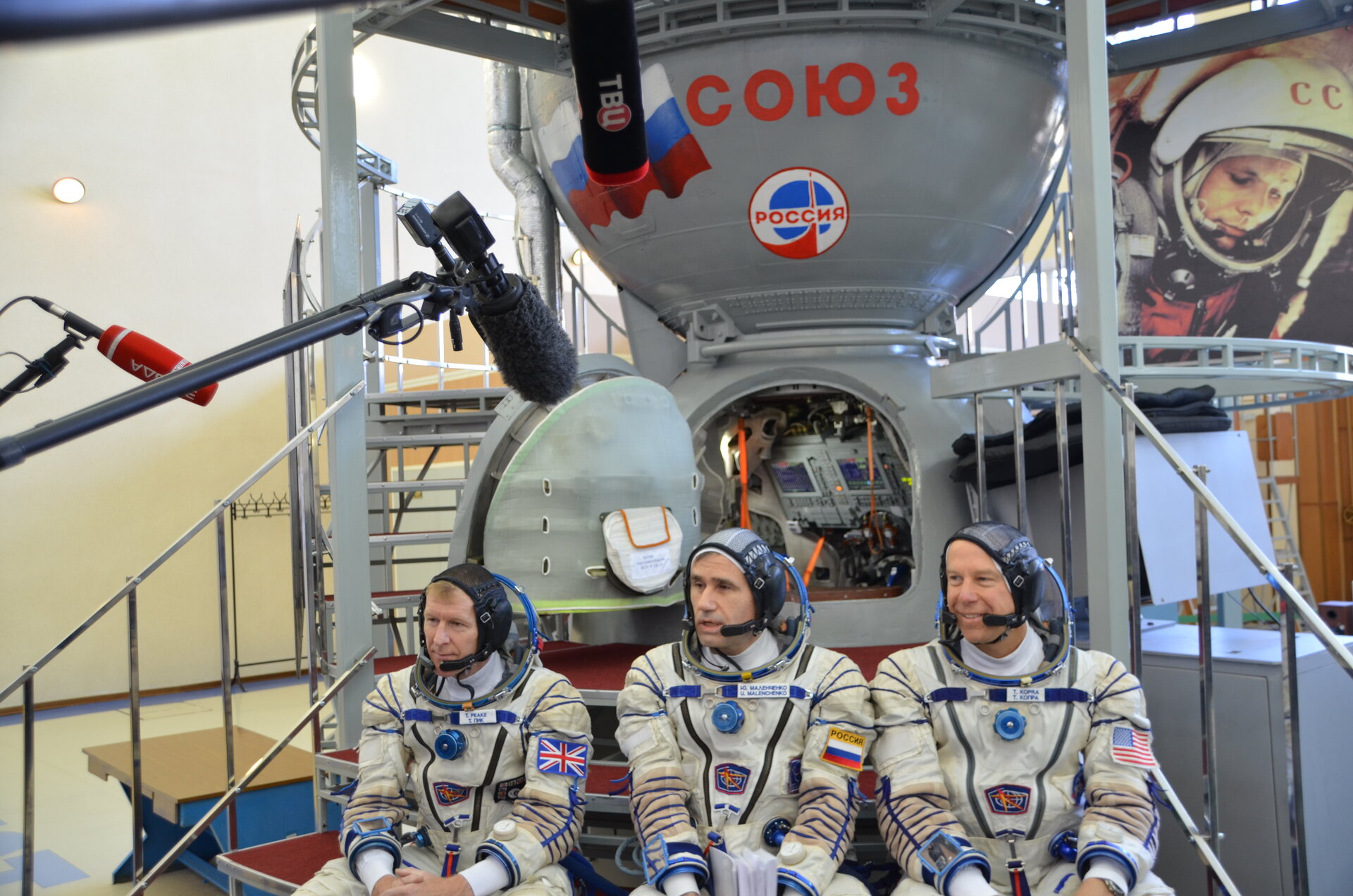 From left: ESA astronaut Tim Peake, commander-cosmonaut Yuri Malenchenko and NASA astronaut Tim Kopra in front of a Soyuz spacecraft. The trio will leave our planet on 15 December 2015 from Baikonur cosmodrome in Kazakhstan on a Soyuz rocket.

A former army helicopter pilot, Tim will travel in the left-hand seat of the capsule and act as co-pilot to Yuri. The crew will arrive at the Space Station with six other astronauts waiting for them. They will share the Station briefly with NASA astronaut Scott Kelly and Russia’s Mikhail Kornienko, who will be finishing the last part of their 11-month stay in space.