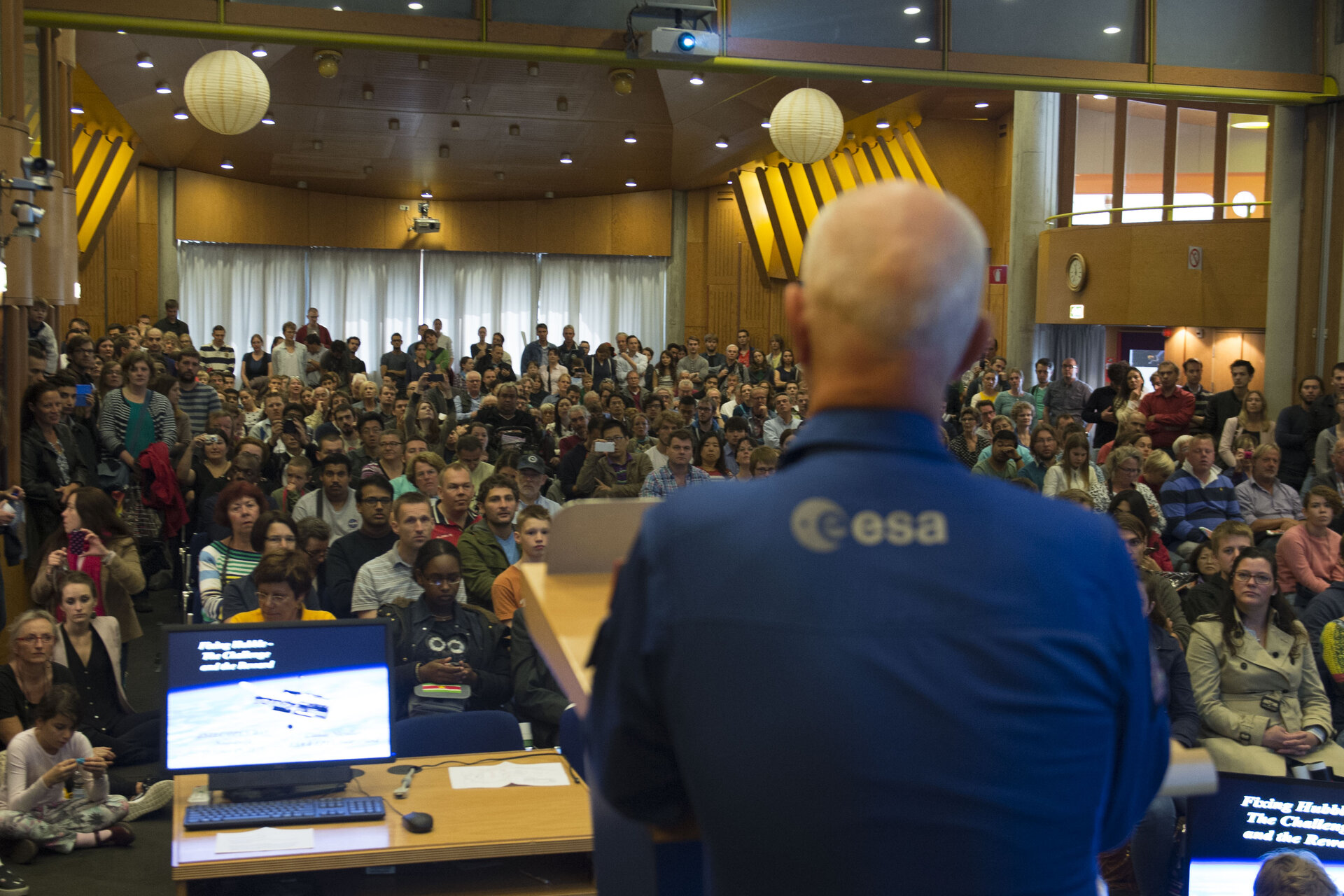 ESA astronaut Claude Nicollier speaking to a packed audience during the 4 October 2015 ESTEC Open Day, sharing his exploits in space. Claude chalked up a total of four Space Shuttle missions, in 1992, 1993, 1996 and 1999. Two of these flights serviced the Hubble Space Telescope. His final flight gave him the chance to spacewalk around Hubble – which also made him the first European to spacewalk from the Shuttle.