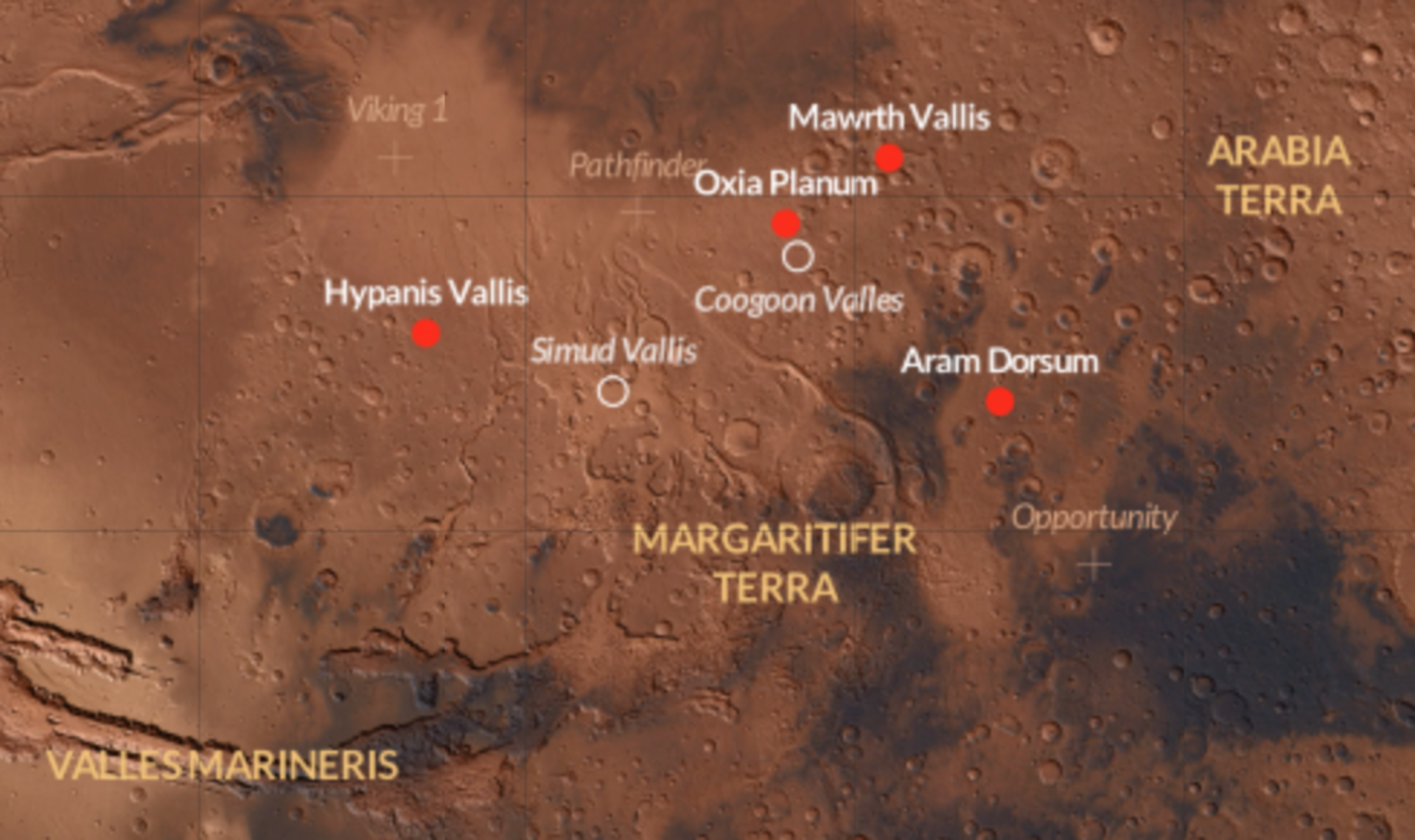 Screenshot from the Where On Mars? visualisation tool depicting the location of four candidate landing sites (red markers) that were under discussion during the ExoMars landing site selection meeting held in October 2015. At that time, Oxia Planum was carried forward for further investigation, while Hypanis Vallis was discarded.

In the March 2017 meeting, Mawrth Vallis was recommended for further study alongside Oxia Planum.

Visit the site to explore the landing regions in more detail.